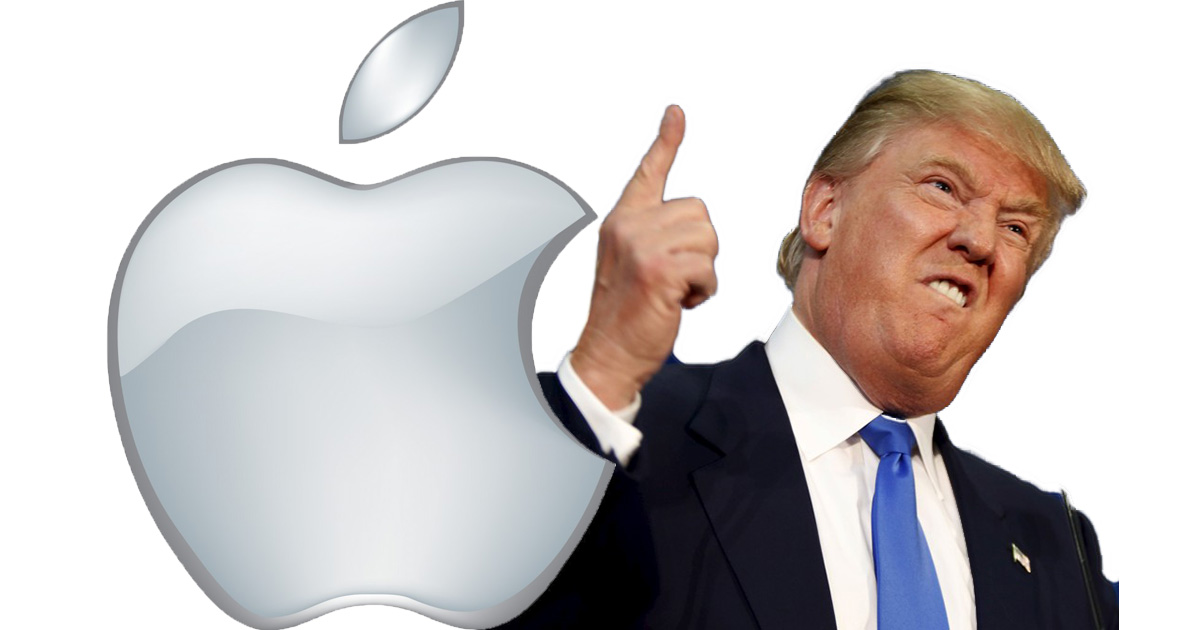 Apple, Google, Microsoft, and Facebook are building a coalition of corporate giants to oppose President Donald Trump’s Muslim ban. According to Re/code, the tech giants are reaching out to other tech companies, including Uber and Stripe, as well as companies outside of the tech space.

It also strikes a markedly conciliatory tone, making much of changes to the initial executive order forced by courts. The companies also make repeated offers to work with the White House to find better ways of achieving the stated goals of the Trump administration.

Social media reaction to the news has been mixed. Many have praised the companies for taking a stand, while others have criticized the letter as inadequate.

@karaswisher @mumper A letter you say? I sure hope it’s a sharply worded correspondence.

Supporters of Donald Trump have, naturally, criticized and attacked the companies (and Re/code) in any number of ways.

Executives at all the above-listed companies have criticized the executive order. Apple CEO Tim Cook told The Wall Street Journal on Tuesday that his company was weighing its legal options.

It’s possible—perhaps even likely—that this letter is the first public-facing action of a coalition. The tech giants want business response to be broad and comprehensive. It’s one thing for the White House to dismiss Silicon Valley response as a product of an irrelevant Left Coast. It’s another for companies from all over America to be part of the message.

But…the tech world is leading this for a reason. Being left of center isn’t a big risk in Silicon Valley, but there are obviously many parts of the country where it is, regardless of the business case to be made against the executive order.

With that in mind, getting companies to sign off on a mealy-mouthed letter is a far easier first step than getting them to sign on to, say, a lawsuit.

Text of the Draft, from Re/Code

Since the country’s birth, America has been the land of opportunity — welcoming newcomers and giving them the chance to build families, careers and businesses in the United States. We are a nation made stronger by immigrants. As entrepreneurs and business leaders, our ability to grow our companies and create jobs depends on the contributions of immigrants from all backgrounds.

We share your goal of ensuring that our immigration system meets today’s security needs and keeps our country safe. We are concerned, however, that your recent executive order will affect many visa holders who work hard here in the United States and contribute to our country’s success. In a global economy, it is critical that we continue to attract the best and brightest from around the world. We welcome the changes your administration has made in recent days in how the Department of Homeland Security will implement the executive order, and we stand ready to help your administration identify other opportunities to ensure that our employees can travel with predictability and without undue delay.

Our nation’s compassion is a part of what makes it exceptional, and we are committed to helping your administration identify approaches for thorough screening without a blanket suspension of admissions under the U.S. Refugee Admissions program. While security and vetting procedures can and should always be subject to continuous evaluation and improvement, a blanket suspension is not the right approach.

Similarly, we stand ready to identify ways of helping to achieve your stated goal of bringing clarity to the future of the 750,000 Dreamers in this country under the protections of the Deferred Action for Childhood Arrivals (DACA) program in a way “that will make people happy and proud.” Removing these protections by barring renewals would effectively end the program and eliminate the ability for these Dreamers to work and live without the fear of deportation.

The business community shares your commitment to growing the American economy and expanding job creation across the country. We hire both thousands of Americans and some of the most talented people from abroad, who work together to help our companies succeed and expand our overall employment. As you contemplate changes to the nation’s complex and interconnected immigration policies, whether business and employment-based visas, refugees or DACA, we hope that you will use us as a resource to help achieve immigration policies that both support the work of American businesses and reflect American values.

Not to add fuel to the fire, but there are 50 Muslim countries on earth, only 7 on the list, it’s a far cry from a ‘ban’. Not all of the remaining 43 represent American business interests, either. Just food for thought. Granted, this was instituted with all of the grace of a bull in a China shop, and including legal visa and green card holders is absolute insanity. PS – there is no such things as a united Islam – Arab and Muslim societies are just as ethnically and culturally diverse as Western ones, Muslims do indeed hate other… Read more »

So, if I go to LAX airport, I am gonna see someone saying: “Hey you! What religion are you?” Nope. Muslims from England, France, Indonesia, Canada, and Saudi Arabia… they can all enter.

Yep no Muslim ban, companies are just preparing lawsuits, courts are filing injunctions and lawyers are camping out at airports to release people from something that doesn’t exist.

We will see blood shed in the US before this gets better.

No need to spread fake news. There is no Muslim ban!

There is no Muslim ban. Just hype to get people riled up. Don’t let the politicians play us.

– Here’s a Muslim personally confirming no Muslim ban in the USA at this time.