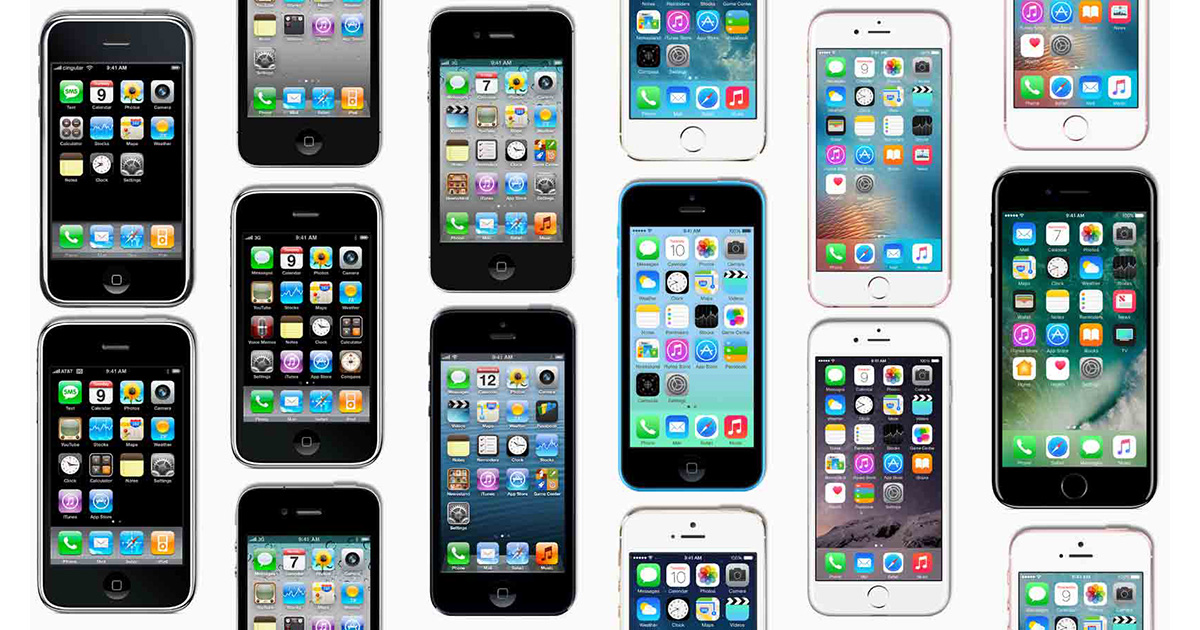 The iPhone redefined the smartphone market and dramatically changed what we expect from handheld technology. Apple’s competitors had to stop midcourse and completely rethink their product designs from form factor to interface.

I was in the audience when Steve Jobs introduced the first iPhone during his Macworld keynote 10 years ago. A reporter from a major news network latched on to me while we were waiting in line to go in. He hadn’t ever been to Macworld expo and wanted to stick close to a veteran who could show him the ropes.

When Steve said, “An iPod, a phone, an internet mobile communicator. Do you get it?” you could feel the air sucked out of the room from the collective gasp as hundreds of people realized what we were about to see. The reporter sitting next to me said, “What just happened?” I replied, “Apple just made your Blackberry obsolete.”

That was our first glimpse at the iPhone interface, which was strikingly different from anything we had seen before. It was also the first time a smartphone was seriously seen as a device for everyone and not just business people or tech junkies.

Blackberry (RIM at the time), Palm, Samsung, and Nokia were big players when the iPhone was first announced. Microsoft was trying to carve out a piece of the smartphone market, too. What they all had in common was the certainty that Apple would fail.

Apple was mocked for not having a physical keyboard and dismissed for trying to jump into an established market. Microsoft CEO Steve Balmer laughed and questioned how Apple thought they could compete without the tiny chiclet keys, and Palm CEO Ed Colligan said, “PC guys are not going to just figure this out. They’re not going to just walk in.”

Microsoft has all but officially exited the smartphone market and destroyed Nokia in the process. Nokia met its demise when Microsoft bought the company in hopes of shoring up its own smartphone efforts. That fizzled out with Microsoft killing off Nokia’s flagship Lumia brand, firing hundreds of employees, and eventually selling off what was left at a hefty loss.

Palm was eventually bought by HP only to whither away and die, Blackberry looks to be in a death spiral. Samsung chose to quite successfully compete with Apple by copying the iPhone with great success, despite years of court room patent infringement battles.

Next up: The Good and the Bad

And, I might add, if he were even CAPABLE of admitting he was wrong and/or apologizing, we all would still be posting happily and enjoying our Apple discussions.

Thanks, geoduck. I’m glad someone is here with enough years of TMO service under his belt to appreciate my post. I suspect Lee and Jeff also remember those days. I remember feeling so insulted by his android-almighty, superior-than-thou attitude it made me sick. Thought he knew it all, and was degrading and insulting to all of us. I’m so happy that I kept those posts and can reference them at times, along with his ‘Cookie’ insults and how Cook was unfit to run Apple and that Ive would soon leave the company, leaving the stock in ruins. If he wasn’t… Read more »

RonMacGuy
LOL I remember when he said that.

Ah, a good time to post the nearly 6 year old quotes from my favorite past TMO comrade. Dated Jan 31, 2011: “Humor me a minute. What if the market is actually making a fairly rational decision to reject Apple’s command and control model? At what point will any of you be willing to admit that the market as a whole just doesn’t like what Apple is selling? That the early success of the iPhone was due to early adopters willing to sustain Apple’s margins and turn over control of their phones to the all-knowing Apple? I won’t have to… Read more »

10 years ago today, AAPL closed at $84.63 pre-split price. I said that day that they’d hit $200 before EOY, and they did. I wish I’d followed my own advice to sell everything and buy AAPL.

What’s a million between friends, geoduck? My rounding error is fixed now. 🙂

Remember how people laughed when Jobs said Apple wanted to capture 1% of the cell phone market.

I’m amazed, the App Store made over US$240 in a day? (Million perhaps?m But I suppose technically it is correct.)

I replied, “Apple just made your Blackberry obsolete.”
A few years later I got my first Smart Phone, a BlackBerry. Hated it. Hated everything about it from the screen to the chiclet keyboard to the joke of a web browser. Put me off of Smart Phones for a few years it did.