From time to time, we’ve seen scenarios about how the Mac/macOS and the iPad/iOS might evolve as personal computing platforms. We know about the declining sales of the iPad and Apple’s seeming inattention to the Mac line as whole in 2016. In turn, that has created some discussion about their respective future developments. John catalogs the likely and not-so-likely roadmaps for these products. 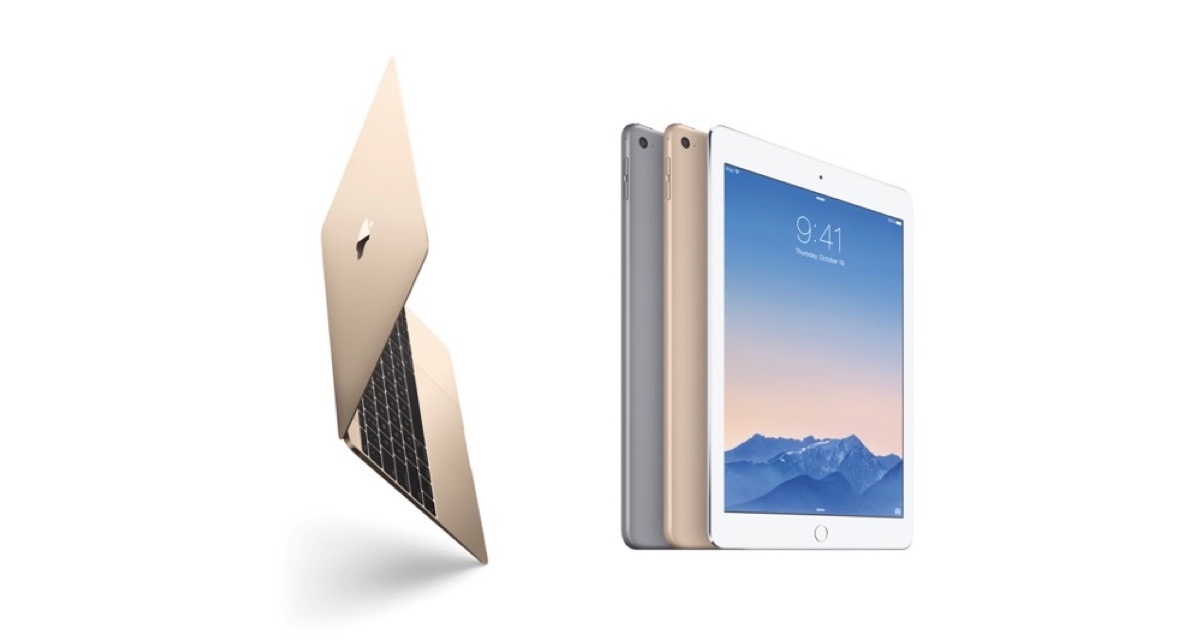 What looked like simple evolution has become not so simple.

Each of these plans below is someting I’ve read or thought about. They’re in no particular order, but I have assigned a prognosis for each plan. There may be other brilliant plans being cooked up by Apple, but I thought it would interesting to list the most often discussed evolutionary scenarios for macOS, iOS and possible integration. Here we go….

Plan A. “Let it Be.” Or: Survival of the fittest. The Intel-based Macs and iPads are allowed to continue as distinct products. They will evolve to work better and better together, and we’ve seen Apple do that already. But the products remain essentially as they are. Apple will, instead, depend on dramatic improvements in iOS/iPad technologies to stem the decline on iPad sales.

Eventually, an inflection point will come when the iPad can do everything the Mac does today. Then, the Mac, without touch capability, fades into history. Downside. Thousands of great macOS apps depend on Intel and Macs.

Reference: “Let iPad be iPad: Why making it a traditional computer isn’t the answer,” by Rene Ritchie.

Plan B. “Here Comes the Sun.” Or: Intel plus ARM. Slowly migrate macOS apps to run on ARM by including low-power but fast ARM processor in all new Macs. macOS and iOS, however, remain distinct. Gradually transition more and more tasks to ARM until an Intel CPU is hardly necessary in, say, five years. It helps reduce Apple’s dependence on Intel.  A possible gateway to Plan D.

Reference: “Apple Said to Work on Mac Chip That Would Lessen Intel Role,” by Mark Gurman.

Plan C. “I Want to Hold Your Hand.” Or: The Toaster Fridge. Single out MacBooks that have ARM in the lid and Intel under the keyboard. When connected, the system operates as macOS/Intel Mac with low power ARM functions. When the lid is detached, it’s an iPad. Desktop, Intel-based Macs will use and ARM for iOS simulator and other supporting operations. One problem is continued dependence on Intel CPUs. Another is cost, confusion and lack of elegance.

Plan D. “Strawberry Fields Forever.” macOS apps run in iOS. New, much larger iPads will have a Rosetta-like system with mouse and other needed frameworks added back in. macOS apps remain Intel-based, run on standard Macs, but can also run on large-display iPads. This continues until Macs and macOS apps fade into history, as with the old Classic apps.

This is an attractive option because it avoids a premature obsolescence of the Mac by allowing all those thousands of macOS apps to have new life on the platform of the future, the bigger iPads. It essentially competes with the ground-breaking notion of the Microsoft Surface Studio and buys time for the iPad to evolve. When the iPad reaches technical maturity and can do everything a Mac can, including the role as an iOS development platform, then the Mac can be left behind. In the meantime, macOS apps remain viable.

Likelihood: High. This is just the kind of technical brilliance Apple is known for. They did it before with the Classic to Mac OS X and the PowerPC to Intel transition. It combats the Surface Studio nicely. Apple’s dependence on Intel goes away.

So there you have it. My four roadmaps for the evolution of macOS and iOS apart or together. What do you think? Have I missed any attractive avenues? Or pitfalls?

Rick: A birdie on my shoulder told me that it wouldn’t be very hard to fix up iOS to run macOS apps with mouse and other related support. As for the evolution of the ARM CPUs, supporting a Rosetta-like instruction translator, recall that the A10 in the iPhone 7 can, according to Phil Schiller, process 100 billion operations in 25 milliseconds when processing camera images. If those operations are floating point, that works out to 4 teraflops. This may not apply to other computational tasks, but it gives us a feel for the A10. And I’m thinking the A12 era… Read more »

Yes, option D is certainly the one I would not be surprised to see Apple follow, and am hoping for. I’ll be sad to see the Mac fade away, but I’ve been dreaming of a true tablet to replace my Mac since I got my iPad 2. However to truly replace the Mac, padOS has to be split off and incorporate functions that both aren’t needed and would be useless on phoneOS. You mentioned a mouse, that’s a good start. Until that happens the iPad just won’t be able to cut it. It has the horsepower now to do nearly… Read more »

Love your analysis, yet I think giving option D a “High” mark is a huge stretch. ARM would need would need to up its horsepower either to have a VM environment capable of hosting an x86 modern Mac OS without being dog slow. Rosetta approach might work, yet I feel only if the conversion were pre-bundled in the app bundle and not have to be done on the ARM device itself.