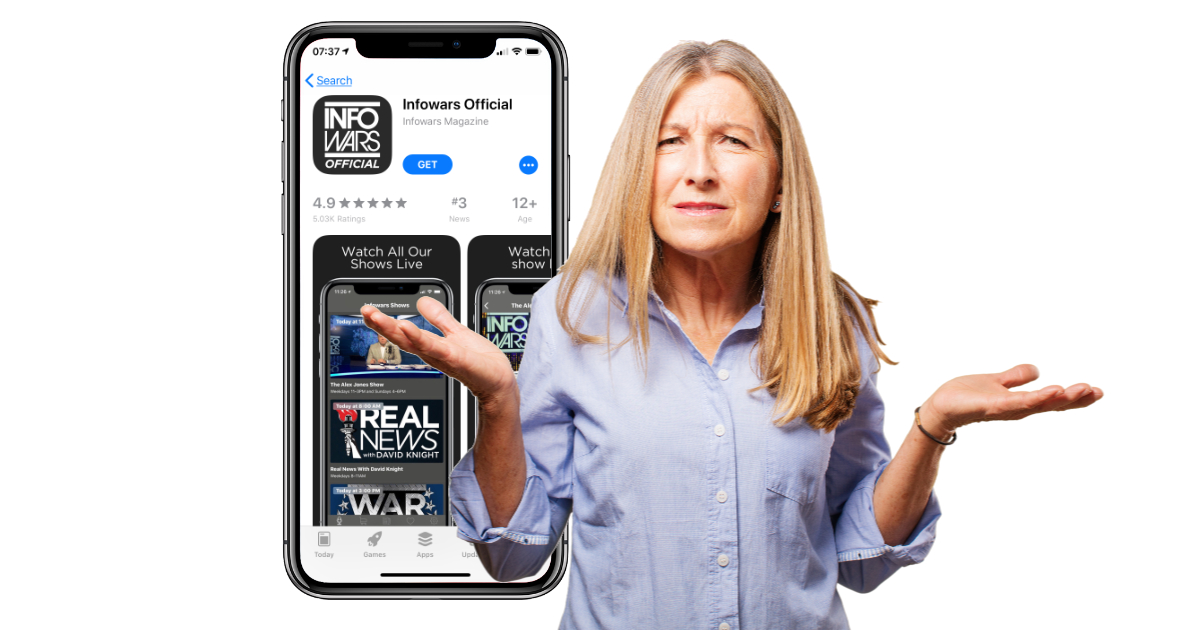 Apple banned the Alex Jones’s Infowars podcasts from the iTunes Store over hate speech violations, but his Infowars Official app for the iPhone and iPad is still available on the App Store. Since the app lets users stream the same content Jones includes in his podcasts, why is it still available on Apple’s own app distribution platform?

The Infowars podcasts were pulled from iTunes listings earlier this week following public calls for Apple, Facebook, YouTube, Twitter, and other companies to stop hosting or providing links to the content. Jones has a reputation for making claims like the Twin Towers attack in New York was an inside job, the mass shootings at Sandy Hook Elementary School was a hoax, survivors at the Marjory Stoneman Douglas High School mass shooting were crisis actors, and Hillary Clinton was part of a child sex trafficking ring dubbed “Pizzagate” run out of the Comet Ping Pong restaurant in Washington, D.C.

[Should Apple Ban Alex Jones From its Platforms?]

All of those claims were false, and many enticed Jones’s listeners to harass and and even make death threats against victims of the incidents.

We didn’t suspend Alex Jones or Infowars yesterday. We know that’s hard for many but the reason is simple: he hasn’t violated our rules. We’ll enforce if he does. And we’ll continue to promote a healthy conversational environment by ensuring tweets aren’t artificially amplified.

The closest thing I could find in Apple’s guidelines was a reference to apps and content that’s “over the line.” From the App Store guidelines:

We will reject apps for any content or behavior that we believe is over the line. What line, you ask? Well, as a Supreme Court Justice once said, “I’ll know it when I see it.” And we think that you will also know it when you cross it.

That gives Apple a lot of leeway in deciding which titles shouldn’t be on the App Store. Considering how many extreme right-wing apps are available—some of which claim links to Infowars or include hate-promoting content—it looks like Apple is OK with Infowars as an app, just not as a podcast.