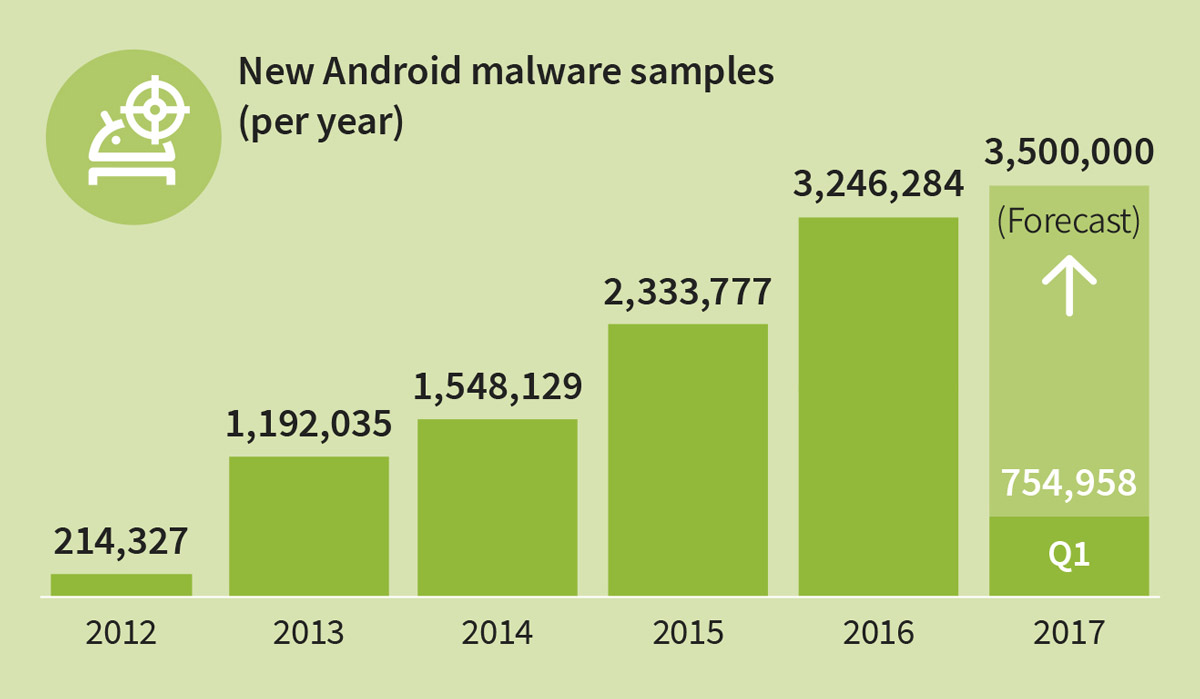 That amounts to “almost 8,400 new malware instances every day.” 9to5Google noted that breaks down to a new instance of Android malware every 10 seconds.

At the heart of the problem is the reality that Android devices don’t get many, if any, updates. Ever. That gives the bad guys plenty of time to dig into Android looking for exploits. Here are the numbers supplied by G-Data:

That makes Android prime real estate for criminal and state-sponsored hackers. If you’re going to go Android, at least buy a device from Google that will get updates for a while.