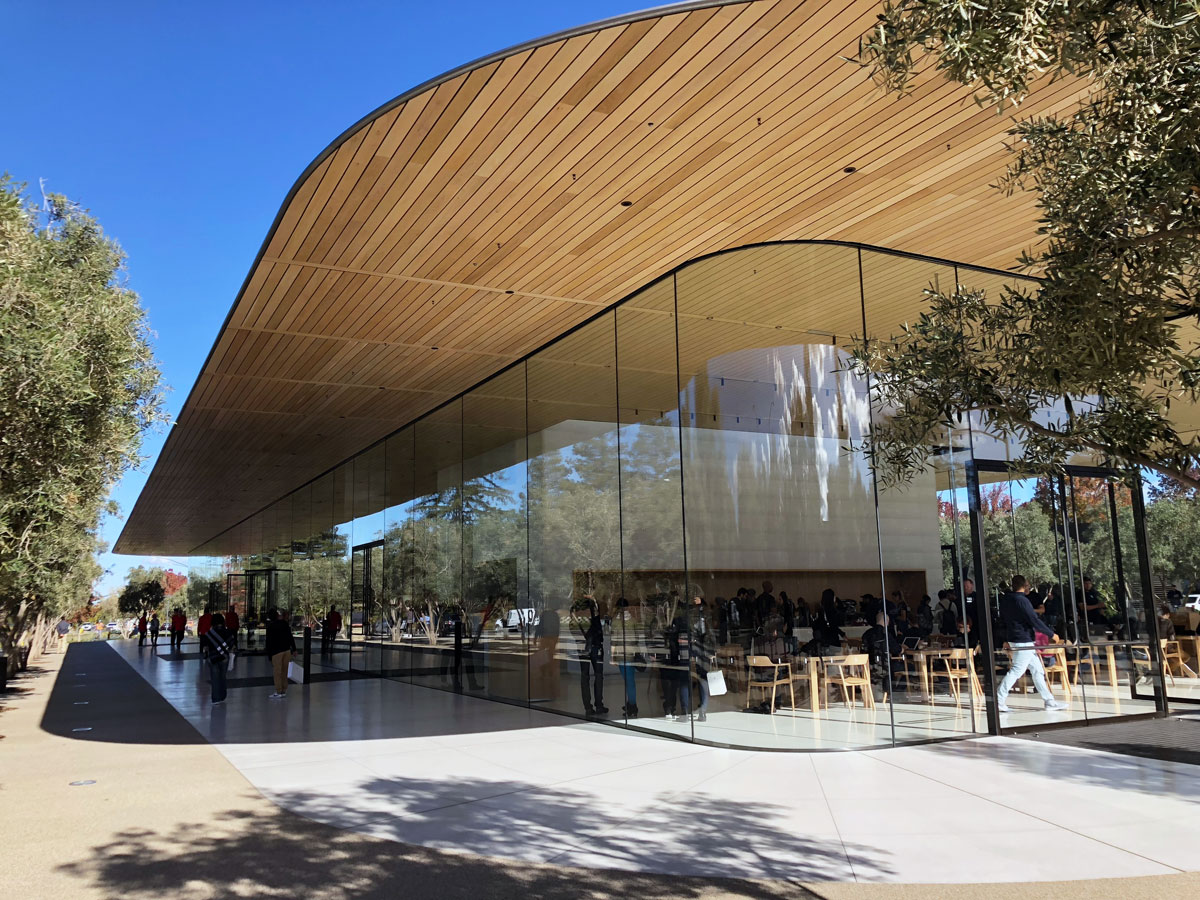 Tim Cook was also asked about previous comments he’s made about medical reimbursements being an opportunity for Apple. A lot of what he said echoed past comments, but he really focused on what he said was dysfunction in the current system.

According to Mr. Cook, the medical industry incentivizes the wrong thing. He said companies sit around trying to think of products and services where they can get reimbursed by government mechanisms (like Medicare or Medicaid). That’s not really the full story, as getting reimbursed by insurance companies is the flip side of that same coin.

Apple, said Mr. Cook, had the unique opportunity of being able to make products and services where they get paid directly by the customer. Think the activity rings on your Apple Watch, or the much-rumored non-invasive glucose monitoring the company is working on.

He said the current system often doesn’t incentivize companies to make things that are good for consumers, while Apple can.

No Tour For You!

Make no mistake about it: Apple Park is Destination Architecture. That means it’s the kind of building tourists will travel to see. Like the Empire State Building or the Sydney Opera House. One shareholder asked when he’d be able to get a tour.

What followed was a light-hearted response about how the Apple Park Visitor Center was specifically designed to let people visit without getting in the way. Mr. Cook was a little nicer than that about it, but he said to much laughter that keeping secrets was already one of the hardest parts of his job. The implication was that having tourists running around all over the place wasn’t going to make that any easier.

Other Notes from the Apple Shareholder Meeting

Apple’s board of directors won overwhelming support from shareholders. Even Al Gore, the punching bag of conservative activist shareholders in the past, won shareholder approval with more than 96% of shareholders approval. That said, his was the second lowest vote. Andrea Jung won reelection with just over 95% of the vote.

Two progressive activist shareholder proposals—one calling for shareholder-chosen members of the board, and the other calling for the creation of a Human Rights Committee—were defeated. The first received 32.2% of shareholder votes, while the second received just 5.56% of votes in support.

In general, it was a love fest for management and the board of directors in the meeting, with calls for a standing ovation and numerous compliments offered.

Lee: Haters gonna hate, obviously… While Tim Cook (appropriately) kept his personal politics out of Apple’s shareholder meeting, LCC0256 couldn’t keep his out of this thread. Seizing on a mere mention of Gore by Bryan, he goes off on a political rant that is best described as…FAKE NEWS! And old fake news at that, debunked long ago and in a galaxy (S9?) far away. You forgot one other rebuttal, the one where he rips Gore for supposedly having “worked VERY DAMN FEW honest days in his life.” The reality here is that Gore has been employed as a partner at… Read more »

Bryan you mean the same Al Gore who lectures about “carbon footprints” as he jets around the world in his private jet? The same Al Gore who has NEVER held a job outside of the government political hack trough? The same Al Gore (brilliant as he is) who claimed to have basically invented the internet? He may be your hero and that of the socialist in this country but he is a liar a hypocrite and someone who has worked VERY DAMN FEW honest days in his life…

The same Al Gore (brilliant as he is) who claimed to have basically invented the internet?

What he actually said:

Check out this article:

Apple, according to Mr. Cook, did not get involved in the debate over personal taxes because, he said, it was political. Mr. Cook supports many progressive causes, including equality and green energy, and a big part of this answer to me was intended to say, “Look, what I may feel about tax cuts for the rich is immaterial to Apple’s operations. What is material is the corporate tax system.” IMO, Tim got this exactly right. As CEO of Apple he has a fiduciary responsibility to Apple and its shareholders, and the tax bill as it affects corporations is very much… Read more »

But, Mr. Cook did say, “Special dividends, I’m really not a fan of.” He want on to say he didn’t think special dividends were good for companies or shareholders alike, though he didn’t go into why.

Last evening I attended a Town Hall with Scott Peters, my Representative in Congress. The question of repatriating the money came up. He said that he and others tried to include how the money should be spent, no bonuses for corporate officers and no special dividends. Hopefully the businesses will use the money for growth and such, but there is no guarantee.