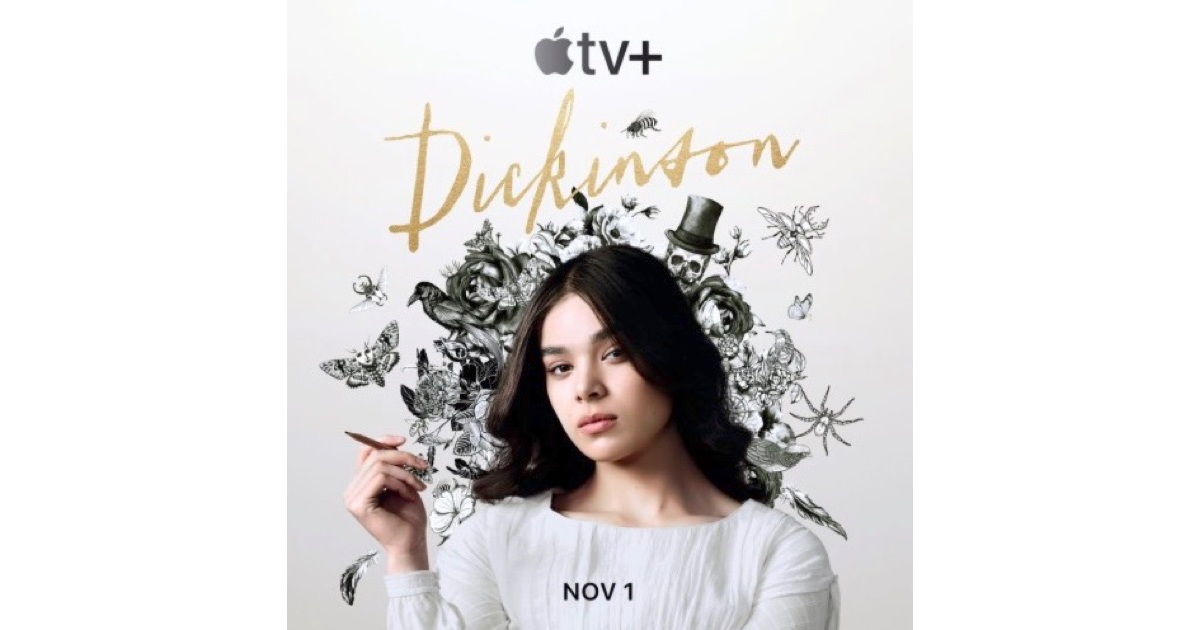 I spent all of my career in physics, aerospace, and software engineering for R&D. Never cared much for poetry. Never thought an Apple TV+ show about the poet Emily Dickinson would be of interest.

One of the Apple TV+ shows available at launch is a highly fictionalized story of Emily Dickinson (1830-1886). Unlike many other notable authors of her time who wrote novels, Ms. Dickinson’s body of work is all poetry. That should have been a show stopper for the producers right there.

Instead, the creators have constructed a mesmerizing period piece about a young woman whose culture has trapped and suffocated her considerable talents. Hailee Steinfeld is brilliant as young Emily, fighting tooth and nail to be herself, and break out of the mold her parents and society have shackled her with.

In the first episode, Emily’s mother (Jane Krakowski) is trying to teach her to be a good homemaker. Then, a series of dreary suitors are lined up because, after all, Emily’s implied fate is to get married, make babies, and keep home and kitchen.

Emily will have none of this.

Chore weary, and dreaming of publishing her works, Emily manipulates her father into taking in a maid. (Of course, no teenage girl has ever manipulated her father.) This upsets mom who wants to be the master of the household. As we watch in disbelief, all the family members live only to support the father. We realize things today weren’t always so.

The show reminds me a lot of Anne with an “E” over on Netflix. I discussed that glorious show with Kelly Guimont. But Anne lives 50 years later and more doors are open to her. Emily appears helpless.

So helpless that in episode #2 she has to dress up like a man to sneak into a lecture on volcanoes—which mesmerize her. The desire to learn burns in Emily yet the world tries to blow out the candle. All.the.time.

Interspersed throughout the show are lines of her poetry, seared onto the screen in gold script. And her obsession with the angel of death is punctuated by the most alarming, yet charming scenes with Death’s carriage and ghostly horses. Regrettably, the language used by Emily often has the sound of a 21st century teenager, but that’s a nit. Probably a concession to the sensibilities of modern viewers.

The production values, acting and writing are extraordinary. This is quality TV.

There are single scenes in episodes #1 and #2 of serious, gentle and tasteful sex. A good example has been set, but some parents may disagree and direct their teenagers away from this show’s understated and rare, steamy scenes.

Why I Liked Dickinson

This show, from the first two episodes I’ve seen, highlights how a young, smart teenager of the 19th century was tragically trapped and controlled by her culture in ways that we disapprove of today. What limits remain today? Why? How does one balance love and respect for family with one’s deepest personal aspirations for the future? How does one go about courageously realizing self without running terribly afoul of society?

I highly recommend Dickinson. You will be surprised, charmed and entertained.