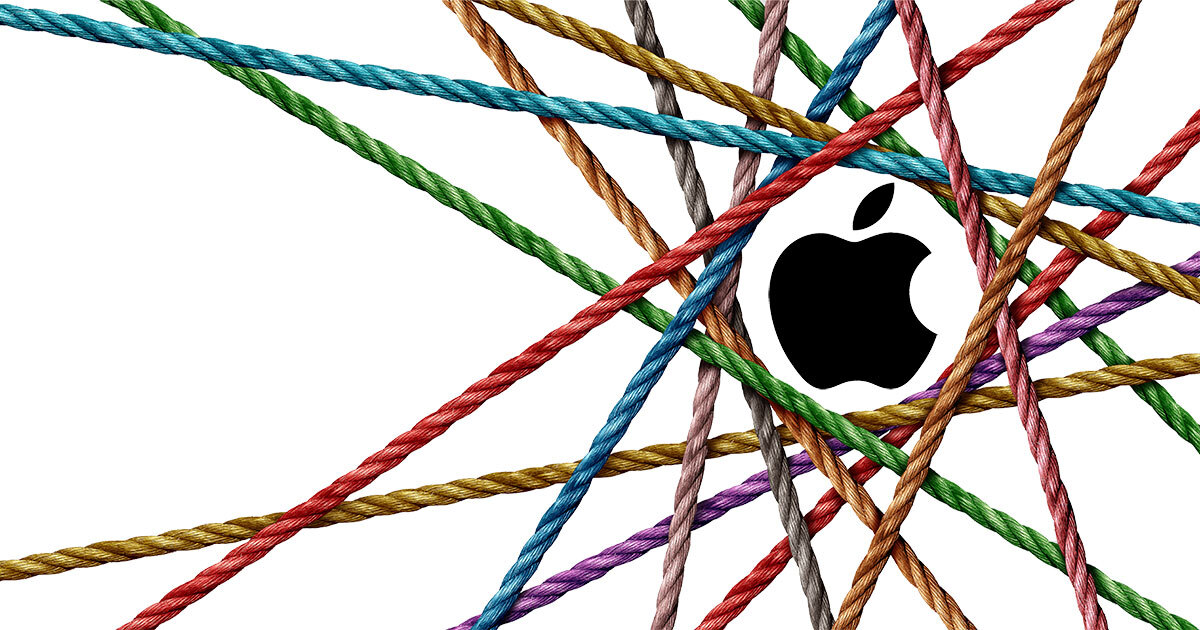 As a species, we humans tend towards the concrete, a clinical term meaning that we often struggle to get past the obvious, literal meaning of things, even when the intent of the story is allegorical. Take Aesop’s fable of The Fox and the Grapes, and imagine a modern day  editor or publisher quibbling, “But foxes don’t eat grapes! That’s a poor analogy. You should stick with foxes and chickens.” You may never have heard of poor Aesop had human predilection for the concrete prevailed against allegorical license. Thankfully, more often than not, creative genius is contemptuous of the concrete, at times even turning it on its head. That does not mean, however, that the majority of us are as imaginative or conceptually flexible.

Take the iPhone. Despite the buildup, even as Steve Jobs began describing the laundry list of things his ‘one more thing’ devices could do, and then dropping the bomb that it was all one device, nonetheless many of the reviews pointed out that this was still and ultimately a “phone.” No, it was not; nor is it still.

The iPhone borrowed from the form factor of the telephonic handset, and indeed could make phone calls, but its core purpose was anything but telephony. It appropriated telephony rather as a hook or snare in order to appeal to that market and demographic as a means to gather momentum and propel itself in an entirely new direction and market. The “handheld supercomputer” would in turn generate an entirely new industry whilst displacing and ultimately supplanting its forebear, the dedicated and limited mobile handset, and enter an entirely new world of function, performance and possibility now affectionately known as the “smartphone.”

Whole new industries, not then conceived and only tangentially related, owe their rise, and some cases, their very existence, to this device. That includes social media, digital entertainment, realtime digital communications platforms, online retail, digital or remote patient care and management AKA ‘telemedicine’, online banking, finance and payment systems, streaming of digital photography and video creative content, to name but a few. The point being, this near limitless journey is well underway, and has nothing to do with “telephones.”

This is more than mere words or semantics. It is about an industry-shaping paradigm shift in company-community relationship that has already transpired, but whose recognition and embrace is required in order to move a creative process, already underway, more decisively and purposely forward in ways that benefit both that user community and society writ large.

In my previous article, we talked about the user community being Apple’s secret asset, and that the symbiotic relationship between the two, specifically the creative genius of the user community imagining use cases for devices that the company could never have imagined on its own, is essential for individual product development and maturation. For this discussion, we are including both users and developers, who are also consumers, into this notion of community.

This is now even more the case as Apple has elaborated a unified platform of products, software and services that will increasingly be harmonized through the agency of machine learning, or augmented or artificial intelligence (AI). The pan-utility of the iPhone, relegating telephony to but one of its lesser uses in order of frequency and priority, is but one example of the community engaging in a functional dialogue with the company that evolves both the product and platform, further than either could have imagined alone.

One of the greatest assets of the Apple user (and developer) community, or any community for that matter, is its diversity. Not only does the community span the gamut of interests, crafts, trades and professions of every society in which Apple products are sold, but every level of proficiency and novelty alike. Importantly, the feedback and use cases of no one sector—for example power users, creative artists, musicians, teachers, law enforcement, students, engineers, lawyers, scientists or physicians, or even the casual recreational user—are ultimately more important or vital to this interactive process than any other. That Apple appeals to more than a limited niche, despite its brand being described as “aspirational” and “high-end,” enriches the creative inspiration that Apple can draw from its installed base. The community reflects society, and more importantly, what society aspires to be at its best. The implications for product and platform development are profound.

So, what is different now than was not, say, even a year ago? SOC, or system on a chip, being distributed across the entire platform of products; more specifically, the Apple Neural Engine and that system’s embedded machine learning or AI. There are many benefits to this that we will explore down the line, but one of those benefits is the precise feedback to Apple that this capacity enables.

As users opt in for feedback to both Apple and developers, irrespective of their individual use cases and proficiency, that AI-mediated feedback on the front end, and Apple’s own machine learning algorithms on the backend will take that dialogue to a level, and at a pace, that human power alone could never achieve. The consequences of that dialogue, however, because of its universal participation, will be far more representative, and therefore the platform’s organic growth, more humanly beneficial than ever before.

Welcome to the new era of platform development.

Moving from Newtonian dynamics to general relativity is a paradigm shift. The rise of smart phones is not. Smart phones are still designed using the same basic principles of computing and telecommunications, just in smaller packages. The basic paradigm has not changed. I wish writers would stop abusing the term ‘paradigm shift’.

@aardman   Thanks, aardman; perhaps guilty as charged.    That said, I suggest referring back to visionaries who predicted much of this technology, like Sir Arthur C. Clarke; specifically in such works as ‘Childhood’s End’ and ‘Fountains of Paradise’ (great reads if you haven’t read them yet). In the first, he predicted a personal computing device that would hold all of one’s data, but by today’s standards would not only be kludgy but limited. The concept of taking a common paradigm, like the mobile handset, and converting it into a mobile computer is what I referred to as a ‘gravity… Read more »