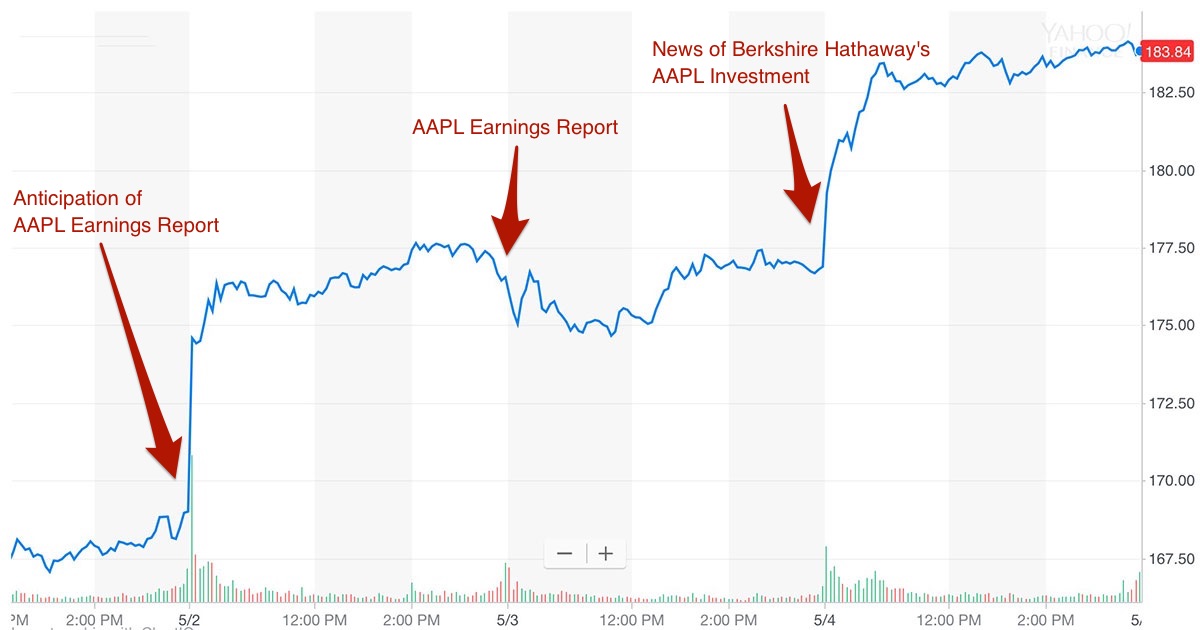 Shares of Apple inc. closed higher on Friday, ending the week at US$183.83, a gain of 6.94 (+3.92%). Dissipating (and unfounded) fears of slow iPhone X sales and a record March quarter combined with news that Warren Buffett bought 75 million more shares of Apple to push the stock to a record closing high. At that price, Apple has a market cap of some $901 billion.

[Update: This story originally reported Apple’s market cap at $869 billion, the number E*Trade gave me. Looking deeper into it, multiple outlets are reporting it anywhere between $900 billion and $930 billion. Apple appears to have about 4.9 billion shares outstanding (this data, too, is inconsistent), which would properly give AAPL a market cap of roughly $901 billion. – Bryan]

All told, Warren Buffett’s Berkshire Hathaway now owns a staggering 240.3 million shares of AAPL. That’s worth $44.1 billion, for those keeping score at home. Apple is the biggest holding in Berkshire Hathaway, comprising some 25% of its assets.

“Whatever the earnings are, $60 billion or whatever, and you can put all the products on a dining room table,” Mr. Buffett told CNBC’s Becky Quick in an interview.

This is a pitch Apple CEO Tim Cook has been making in his own interviews in the last year, and the message apparently resonated with the Oracle of Omaha. Mr. Buffett also labeled Apple an “amazing” company.

Shares of AAPL have been rising since the company’s earnings report on Tuesday, rising some 13.3% on the week. Here’s a look at that week:

One thought on “Apple Valued at $901 Billion on Record High, Warren Buffett Buys Even More Shares”