Apple knows that few aspects of people’s lives are more sensitive or more vulnerable than their health. This trial program Cedars-Sinai Medical Center marries that need with Apple’s key strengths.

There’s a track record here. Apple has been able to build into iOS a secure system for users to track (and report) their health and fitness. And so it’s only natural for Apple to leverage its expertise in broader markets like medicine. 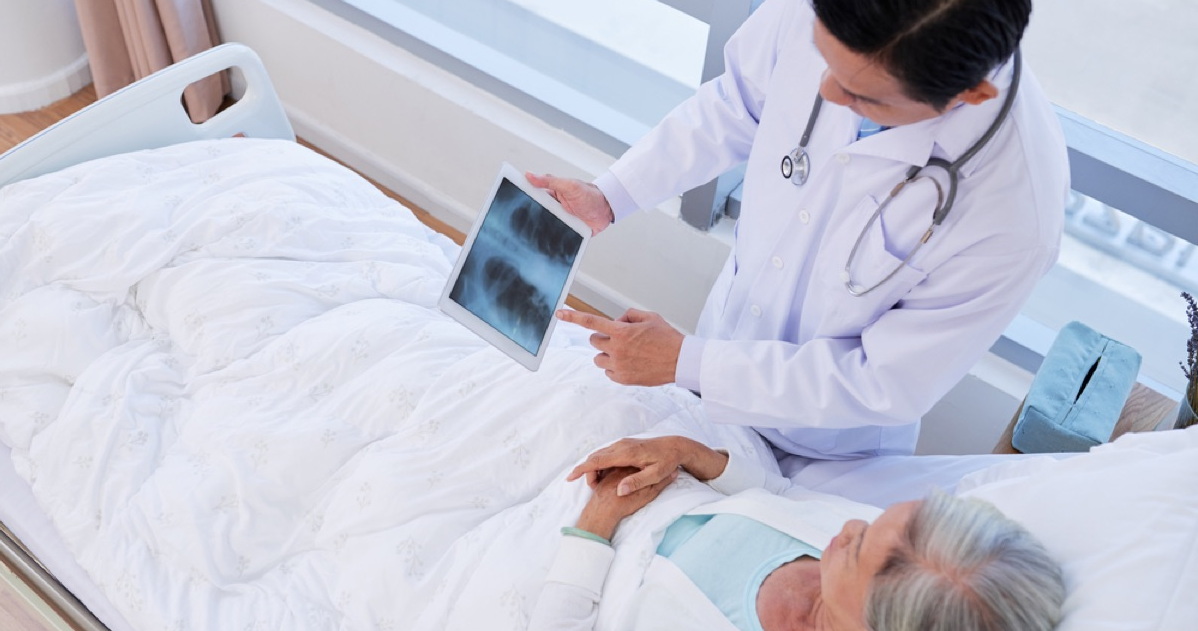 This excellent article at The Washington Post reveals how Apple is thinking. “Apple wants to change the way doctors and patients talk to each other — by giving everyone an iPad.”

One of the key aspects of this story is how it works with the patient. (For now the test program is limited to certain kinds of patients.) Apple and Cedars-Sinai Medical Center in Los Angeles aren’t trying to rewrite the hospital’s medical records system. Nor are they trying to force doctors and nurses to use iPads instead of mobile terminals.

One reason for not placing the iPads in all the doctors’ hands is because doctors, while amazingly proficient in the practice of medecine don’t always have the time, patience or expertise to learn and master a new kind of electronic gadget. That may be changing over time, but for now, doctors have enough on their hands with the established systems.

Patience With the Patient

The patient quite is another matter. As the WaPo article points out, patients often have a hard time understanding the administrative and medical scope of their hospital stay. The article spells it out.

Patients have used the iPads to address a common gripe: finding a better way to keep track of all the practitioners in the seemingly endless rotation that takes care of them. The patients have also viewed their health data, such as their heart rates or their glucose readings, and learned what those vitals mean. And they can also watch or read educational material about their procedure from the iPad through the hospital’s app, which can make it easier for nurses to know and mark what the patient has reviewed.

Patients, depending on their condition, can greatly benefit by reading about their treatment, what medical terms mean, who’s in charge of their day-to-day care and what to expect next. I think this came about after a long period of evaluation and introspection. That’s because it’s been traditional to think about medical records maintained by a hospital integrated with a company’s various technology offerings. That’s been a hard sell in many cases.

The success Apple has had with securing and managing personal information, HealthKit, health and fitness monitoring probably likely led to the realization that the best way to leverage Apple’s strengths in security, mobile devices, presentation graphics and user interface is to shift the process to the patient’s ability to have key, secure windows into all that hospital data.

It took awhile for the meme to arrive, but now that we’re seeing this test program evolve, with the right kind of emphasis in place, it’s likely that there will be wider adoption by Cedars-Sinai and other hospitals.

This test program is not so much about selling a boatload of iPads. (But that helps) Rather it’s about leveraging the strengths of the iPad in the best possible way for patients. And given Apple’s commitment to health management, who knows what kind of serendipity that will lead to?

John: Great feature piece by the Washington Post. Thanks for sharing. This is a topic about which we have had considerable discussion, so not much more needs reiterating. The one point to underscore is simply that this is but the beginning. The WaPo article is right to highlight not simply the HealthKit and the Apple Watch, but quote Tim Bajarin “Apple’s the only one that I’ve seen that has the most concentrated strategic vision within the company’s DNA to do this as a calculated part of their business”. It’s Apple’s platform that is being extended into the health sector as… Read more »