Apple posted a record quarter for revenues and earnings, but the devil is always in the details. The reality is that Apple’s overall numbers included a mix of good and bad things, but it’s Apple’s iPhone X performance that will woo Wall Street when the markets open Friday. 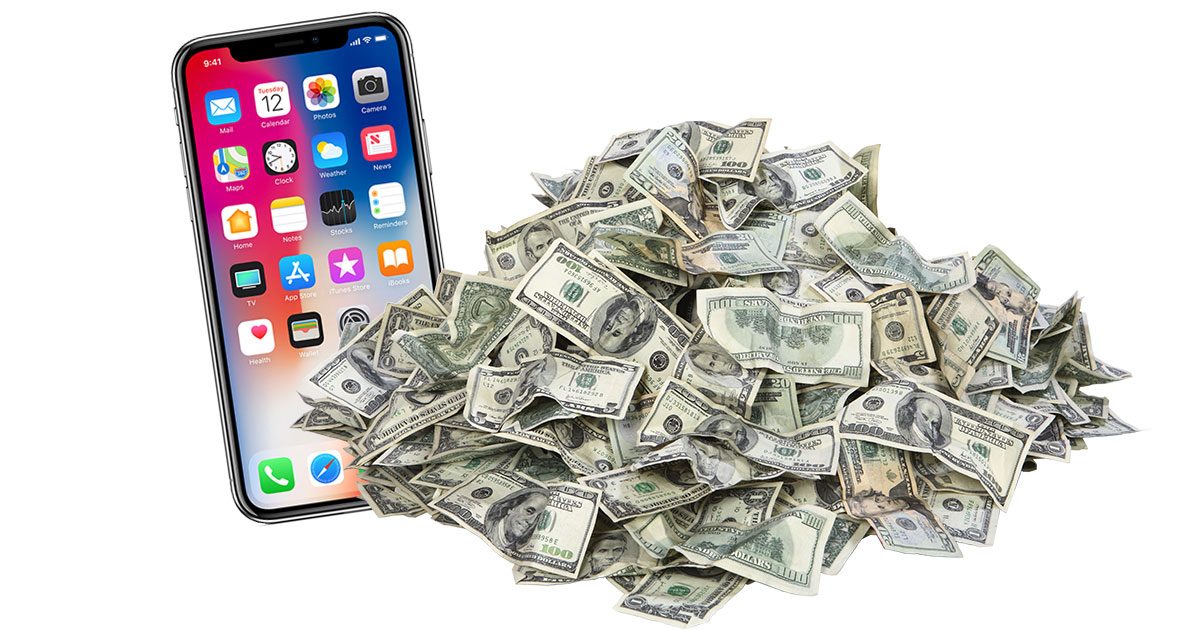 The top line most Apple fans will fixate on are the record quarterly revenue and earnings numbers. As I reported earlier on Thursday, Apple turned in record revenue of $88.3 billion, with record earnings per share of $3.89. Both of those numbers beat Wall Street expectations, which is almost always a good thing.

That’s the sort of thing that often leads to a sell-off of Apple’s stock, but the after hours market greeted this news with open arms. As of this writing, $AAPL was trading at $173.24 per share, a gain of 5.46 (+3.25%), in the after hours market. That’s an enthusiastic reception, even if the regular session on Friday ends up being more muted.

Which is where iPhone X comes in. For the past few weeks, we’ve had one report after another claiming that iPhone X sales have been disappointing, that Apple was cutting orders, or even going to cease iPhone X production. It’s a flop, proclaimed many and more pundits and general Apple haters.

Turns out, though, not so much. Apple CEO Tim Cook said that iPhone X has been the highest selling iPhone each and every week since it was introduced in November. During the quarterly conference call with analysts, he made it clear that this was the case right up through today.

That was rare insight on current-quarter performance, and I’ve little doubt it was a direct response to the FUD.

Wall Street will see this in a couple of ways. The first is that it will stop worrying about Apple losing its iPhone mojo. At least for now, because Wall Street has the institutional memory of a…hey, what’s that? SQUIRREL!

Plus, the late introduction of iPhone X matters. It was shipped in November, meaning there was half a quarter where the absence of Apple’s most popular smartphone had a depressive effect on sales. When you add that to the “tough compare” of a 13 week quarter (Apple’s fiscal Q1 2018) to a 14 week quarter (Apple’s fiscal Q1 2017), missing iPhone unit sales by 1% isn’t so bad.

Perhaps most importantly, Apple’s iPhone average selling price (ASU) was a staggering $796. That’s up from $694 in the year ago quarter, and something Apple’s competitors will never, ever achieve.

For instance, in the second quarter of 2017, Samsung’s average selling price rose to—and I’m not kidding—$235.

In other words, the high price and popularity of iPhone X helped Apple make a whole lot more money per iPhone, which is how Apple beat those earnings estimates.

And now we get back to Apple’s stock price, which ended the regular trading day at $167.78, a gain of $0.350 (+0.21%), on moderate volume of 38.3 million shares trading hands. That price was after many days of small, but steady losses stemming from the FUD that was spread about iPhone X.

$AAPL’s after hour gains were little more than the stock taking back what never should have been shed in the first place. The only thing that remains to be seen is exactly how Wall Street absorbs this information over the next few trading days.

I’d say I missed the mark with this one. 🙄 Apple’s guidance weighed AAPL down more iPhone X performance boosted it.

Will wow Wallstreet? I don’t think so. They are still in the early 90’s predicting doom and gloom. Apple is down more than another $5.31 a share. They sure know how to wow Apple.

Overall the markets are down.

Many sites are reporting a “decline” (of about 1%) year over year in iPhone sales for 1Q2018. An important point to keep in mind is that 1Q2018 only had 13 weeks whereas 1Q2017 had 14 weeks. During the conference call Luca Maestri reported that on a per week basis, iPhone sales were UP 6% compared to the same quarter last year! I do wish THAT would get reported more often because that’s a much truer measure of sales. It’s especially impressive considering that the iPhone X (you know, the iPhone X that many analysts said no one would buy because… Read more »

This might be the absolute best ever, after earnings, quick take analysis I’ve ever seen. Kudos Bryan.

The worst reporting on the iPhone X is that so many financial talking heads said Apple was the source for the fifty percent cut in orders. DOH! Anyone who has ever followed Apple would know that reporting is junk.