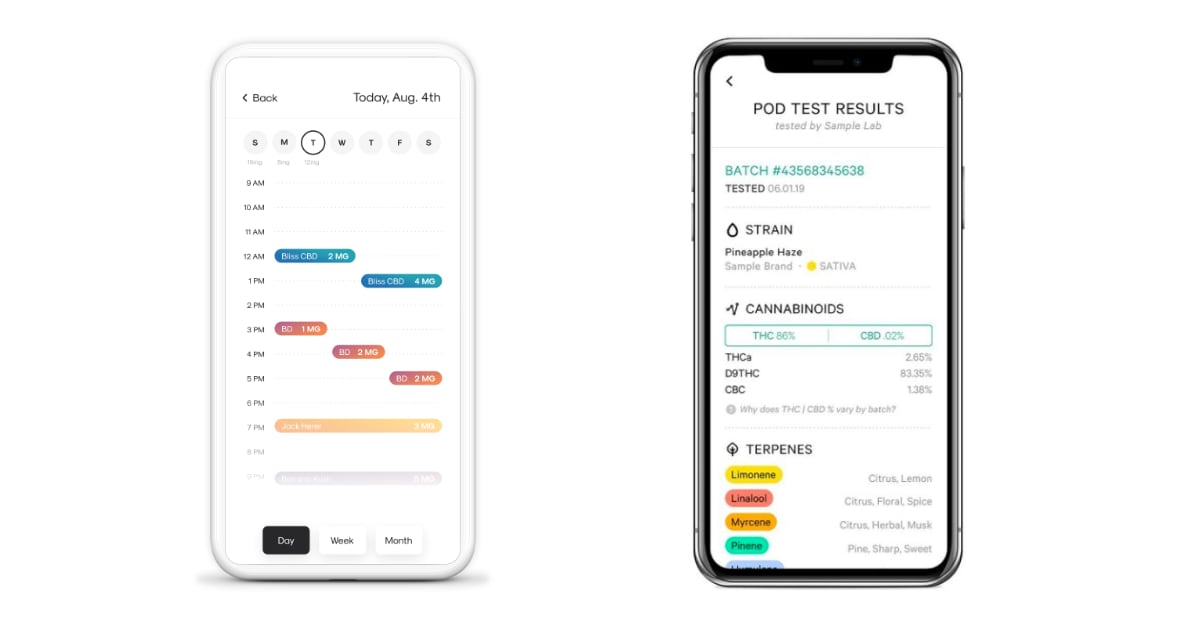 CES is always a place where innovation can be found, some of which is demanded by physical realities, others by market forces. The cannabis technology industry finds itself innovating around both of these things, especially when it comes to serving Apple users. This year there are at least two companies, Mode and Puffco, showing off devices serving users in spite of Apple’s blockade.

In November, 2019, Apple removed all vaping apps from its App Store and made clear it would not be allowing any in the future. This was five months after Apple stopped approving any new submissions of the same. The reasons for Apple’s ban were inferred to be two-fold: first, the company did not want to be supporting e-cigarette use by minors, a trend driven primarily by the products from Juul.

Apple’s second reason for their vape-app ban was based upon a series of deaths related to home-made — and illicitly sold — cannabis vape cartridges which used Vitamin E acetate as their binder. The CDC was very quick to issue all sorts of reports and bans before the data settled, and Apple followed suit. To be clear: no commercial vape vendors were using vitamin E acetate in their cartridges. These companies (a) employ scientists and (b) want to stay in business, and while it doesn’t take a genius to understand the dangers of vaping vitamin E, it evidently takes someone a little smarter than bathtub-vape manufacturers in New York.

All of this makes sense, except that as cannabis use — especially medicinal — sweeps the country and the world, controlling dosage becomes increasingly important. The difference between consuming 2mg of THC and 4mg of THC can be huge for many users, and technology is our best bet for giving users the control they need.

In addition to control, the vitamin E scenario makes it obvious that users can benefit from knowing who made their cartridges, and from seeing the lab test results for the specific contents of each one. Pax’s PodID feature showed exactly these details, and that data was summarily hidden from iPhone users with Apple’s ban, just days after its launch on iOS.

All this means that opportunity knocks for those creative, weed-focused inventors, so long as they can route around Apple’s blocks from giving its users such control.

Web Apps Are the Answer

The first two mainstream cannabis tech companies to route around such a ban were Pax and Storz & Bickel. Just as the rest of us were settling into our pandemicking routines last year, each company announced a web-based app to control their devices. These apps require the use of a browser capable of making Bluetooth connections, which currently rules out Safari on all platforms. Indeed, no (reliable) iPhone browsers support this today, but Edge, Chrome and Firefox all support it just fine on macOS. It’s a mildly-clumsy but simple experience to initiate the Bluetooth connection, and then fairly seamless from there: workable, but definitely not nearly as convenient as the portability of an iPhone… or Android, where these apps are all still easily available.

Of course, both of these companies were able to develop their web apps knowing they already had user bases who would leverage them. For new companies introducing new products, the bet is even larger without the convenience — and exposure — of being in Apple’s App Store.

CES 2021 Brings Newcomers to the Field

At Pepcom this week, two cannabis tech companies announced products which will be offering Apple users web-based control. The aptly-named Puffco was showing off their new Peak Pro vaporizer, to be used with cannabis concentrates (it’s worth visiting the site for their fun videos alone). Touted as “the most efficient and seamless way” for beginners to “experience the magic of concentrates”, the Peak Pro is one product which clearly would benefit from the efficient and seamless use of an iPhone app, helping to ensure users have the control and understanding so as not to overdo it on their early attempts.

Mode, a startup introducing its first product, has created a device which allows users down-to-the-milligram level control for universal 510-threaded vape cartridges. Launching later this year, the Mode has been engineered to remove the guesswork involved in getting controlled dosing out of generic cannabis cartridges. Allowing the user to select from 1mg-to-5mg per dose, the Mode really could be a game-changer for the cannabis industry, solving a problem that has thus far eluded the rest. In addition to plans for a web app, of course, Mode is built with on-device controls so users can dial in their desired settings with a simple touch slider.

Both Mode and Puffco indicated yesterday that they are hopeful Apple will change their stance and re-open the doors for responsible vape app usage, but neither are betting the farm on it. Innovation continues, and that’s one of the things we love about CES!

Apple did not respond to a request for comment.