Late in 2017, I decided it was time to retire the 10 year old HD Panasonic Plasma and dive into a 4K Ultra High Definition (UHD) system. Apple had just released its Apple TV 4K and the reviews looked very favorable. My engineering goal was not merely 4K/UHD but also HDR in the form of Dolby Vision (DV). So I started my research for real. “Apple TV, 4K Mania: HDR10, Dolby Vision & HLG Explained.”

What an adventure it all turned out to be.

My previous system used a Denon AVR, but it was a 2007 model and was limited to HD. I’d need a new AVR. After much research I selected a replacement Denon model AVR-X1400H. The specs looked like just what I needed: including plenty of UHD HDMI 2.0a input ports, all supporting the various HDR formats: HLG, HDR10 and Dolby Vision. I was very, very happy with the previous Denon, and this new one looked like a good buy. I was right.

All my TVs over the previous decades have been Sonys except for the Panasonic Plasma I bought in 2007. When I heard about Sony’s new OLED line announced at CES in early 2017, I was ecstatic. For various technical reasons, I wanted an OLED TV, not a backlit LCD TV, even if the backlighting were Quantum Dots. Besides, many articles I read suggested that if one is coming off a Plasma with its amazing black levels, only an OLED (with its self-emitting pixels, like a Plasma) would satisfy. 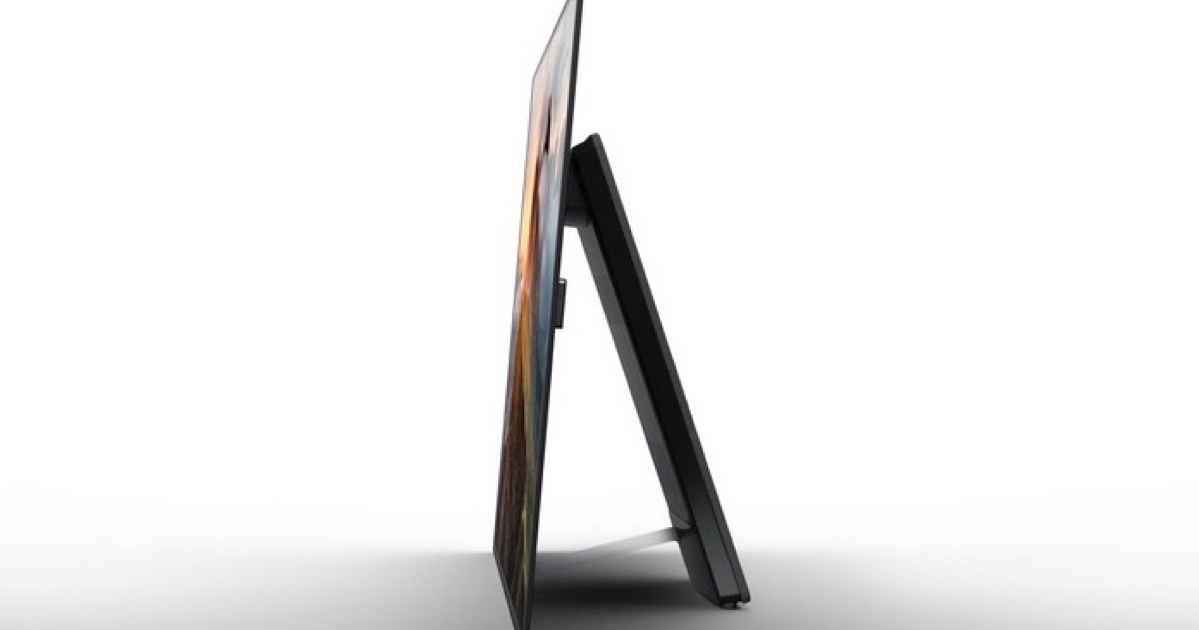 There was just one problem. Even the smallest Sony A1E model at 55 inches was beyond my budget, about US$4,000. I wanted to spend what I had for the Plasma. So I spent the summer of 2017 stewing about what to do. Fortunately, by the fall, the price had come down. Plus, Sony offered me a media discount, and that landed me at the price point I wanted. I sprung for it in October, 2017.

All I had to do was replace the old components with the three new ones. In addition, I discovered that Apple was strongly recommending new HDMI cables, capable of 18 Gbps. (The Belkin Ultra High Speed HDMI Cable is about $30. I tried it, and it works great.) Here’s the story on the the Premium High Speed HDMI cables needed for HDMI 2.0a/b.

Once the system was set up, I started writing up a storm.

By and by, into the new year, as I became familiar with my new system, I became aware of the fact, thanks to my Sony rep, that I would need an update to the A1E’s software to actually enable Dolby Vision. I did the update over the internet on January 18, and I thought I was done.

I also discovered that Dolby was rolling out some new Dolby Vision software, and not only would my TV need an update, but also the Apple TV 4K. In the midst of tvOS 11.2.x, I would eventually need tvOS 11.3.

To make the final leap, I’d need to enroll in the tvOS Beta Test program. I explained how to do that on 31Jan18: “How to Sign Up for Apple’s tvOS Public Betas.”

Eureka. I was now seeing titles on Netflix badged in Dolby Vision. But it was clear that my Apple TV 4K still wasn’t set up for Dolby Vision in Settings > Video and Audio > Format. All I could achieve was 4K HDR @ 60Hz. Essentially HDR10. WTF?

Next page; The investigation

Thanks for a great article! I know this was written a while ago, but I hope you could still help me out with one thing. I might be posting this in the wrong place, so please let me know if I should change it. I have a similar setup as you. Apple TV 4K (newest) -> Denon x4200w -> LG OLED 65C8, all devices ready for HDR and Dolby Vision. I do get DV content on my TV (Netflix content from AppleTV, but there is one annoying thing that doesn’t work when using the AppleTV in the DV-mode: the “on-screen… Read more »

I’ve had a Sony 4k TV for over two years, its had multiple updates to the Android operating system, presently waiting for its Nougat 7.x update. At least it gets updates unlike most Android devices. Frequently upon starting iPlayer – the BBC media streaming app, the TV crashes, completely. Unimpressed. The only device it works really well with is the Apple TV. Power up the ATV, any model, the TV starts. Doesn’t do that with an upscaling 4k Sony blu-ray player, or a Humax DVR. Works intermittently with a Sony HT-NT3 soundbar with audio drop-outs, failure to startup or shutdown… Read more »

I bought a LG OLED55B7A in late November for under $1499. It worked with Dolby Vision and my Apple TV (using input 1) right out of the box. It really does seem that the TV was the source of your problems.
I have respected Sony over the years, but missteps like this are huge when LG can pull it off.

It would be nice to see a side by side comparison of the different modes.

To me seems like Sony is he source of all your grief, not the Apple TV 4K. Got the Apple TV 4K back in the November time frame and used with my Vizio M Series 55″ display and have had zero issues.

Great article. Although I do not use the match refresh rate. I like to turn off all the ‘soap opera effect”‘ settings on the TV, and then let the Apple TV pump out it’s processed version. I find its version is usually best.

This points out how far Apple and the industry are from really solving the problem that nobody can use their TV. This is a leadership breakdown. I like my Apple TV but it is another box and another set of remotes. They should do better. First of all Apple needs to sell an all in one TV box.

That’s what I’m hearing from a lot of people. It shouldn’t be this complex!