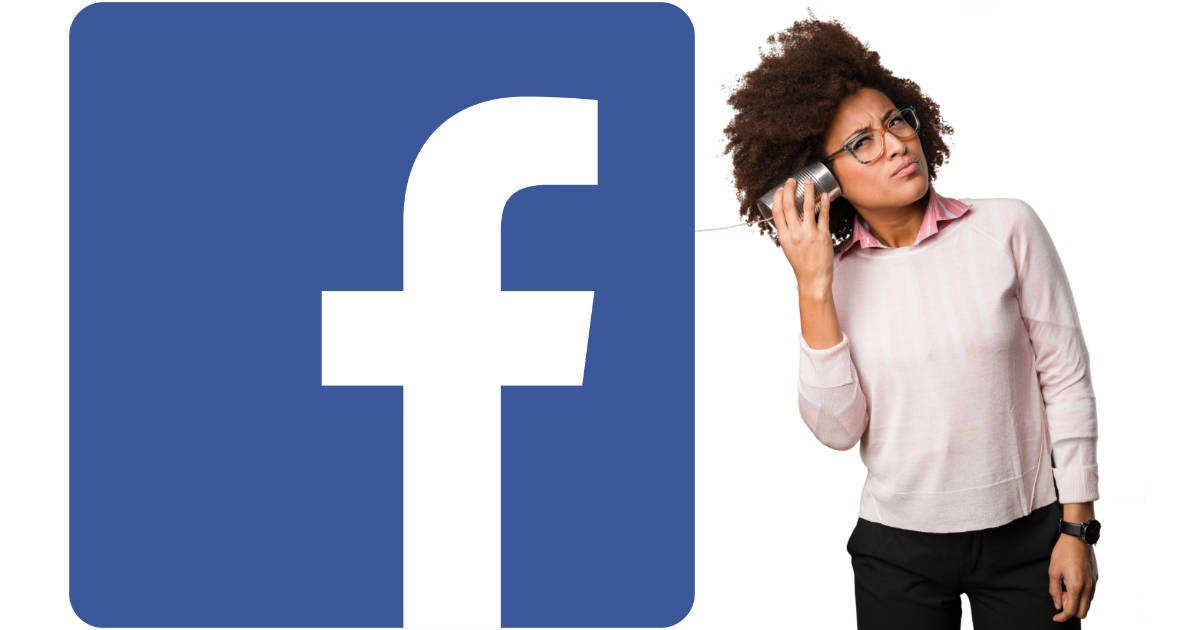 Facebook is using the microphone in your smartphone to spy on you and display adds based on what you say. That’s according the the latest freak out on the internet, and it’s wrong no matter how desperately people want to believe.

This latest Facebook-is-evil frenzy was sparked by a YouTube video where someone claims they intentionally talked about something they never buy or search for online—cat food—within earshot of their iPhone. A couple days later a cat food ad shows up in their Facebook stream. Proof positive that Facebook is literally listening to our conversations to target us with ads.


That set off a recent Reddit thread with plenty of “me, too” replies where people claimed something they talked about but never searched for online showed up in their Facebook stream.

Here’s the overview: Install the Facebook app on your iPhone and your microphone gets used as an eavesdropping device so the online social network knows which ads to show you while you check out your friends silly cat videos and political rants.

I don’t doubt that the YouTube poster talked about cat food and a couple days later really did see a related ad on Facebook. I do, however, doubt that the two are related by anything more than coincidence.

The video was posted in July 2016—more than a year ago—which in and of itself isn’t a problem. The problem is that even with this year-old video online we haven’t seen any reports from security and network experts saying they found evidence of Facebook spying on us in this way. That seems like a pretty big thing for all of the experts to miss.

Next, we have Apple’s App Store vetting process. While the company has let some developers, through act or omission, skirt the developer guidelines, there isn’t any evidence that’s happening with Facebook and microphone access for ad placement. Yes, the whole thing with Uber tracking customers was embarrassing for Apple, but that isn’t a thing any more and it’s likely Apple is watching other big name apps very closely to make sure our privacy is better protected.

Finally, we have Facebooks public and very explicit denial that it uses our smartphone mics to spy on us. According to the BBC, Facebook vice president of advertising Rob Goldman said, “I run ads product at Facebook. We don’t—and have never—used your microphone for ads. Just not true.”

That’s the kind of statement that better be true because if it isn’t at some point Facebook and Mr. Goldman will likely get burned in a bad way.

When you get a large enough group, and in Facebook’s case that’s literally millions of people, the likelihood of coincidences like this goes up. Humans are hardwired to look for patterns and relationships in everything, and Facebook’s user base is plenty large enough to make that easy. With a handful of people saying an ad they saw proves Facebook is spying on them it’s no wonder people are seeing what they think is a legitimate pattern.

The bottom line is that there are plenty of reasons why you may not want to trust Facebook—like the way it plays fast and loose with our privacy—and sometimes a cat food ad is just a cat food ad.

TMO is part of the conspiracy.

So they clicked like on a number of posts about cats.

Aha. Except Facebook denied they were doing it.
That’s exactly what a guilty company WOULD do.