J.D. Powers found that Apple Music customers have the highest customer satisfaction ratings amongst streaming music services. In a report authored by Kirk Parsons, the firm attributed those results, in part, to the strength of Apple’s ecosystem.

Apple makes money from its services. Growth in services revenue was a bright spot in two most recent and otherwise lackluster quarters. But Apple CEO Tim Cook and his executive team have made it clear that services support the ecosystem and the hardware. 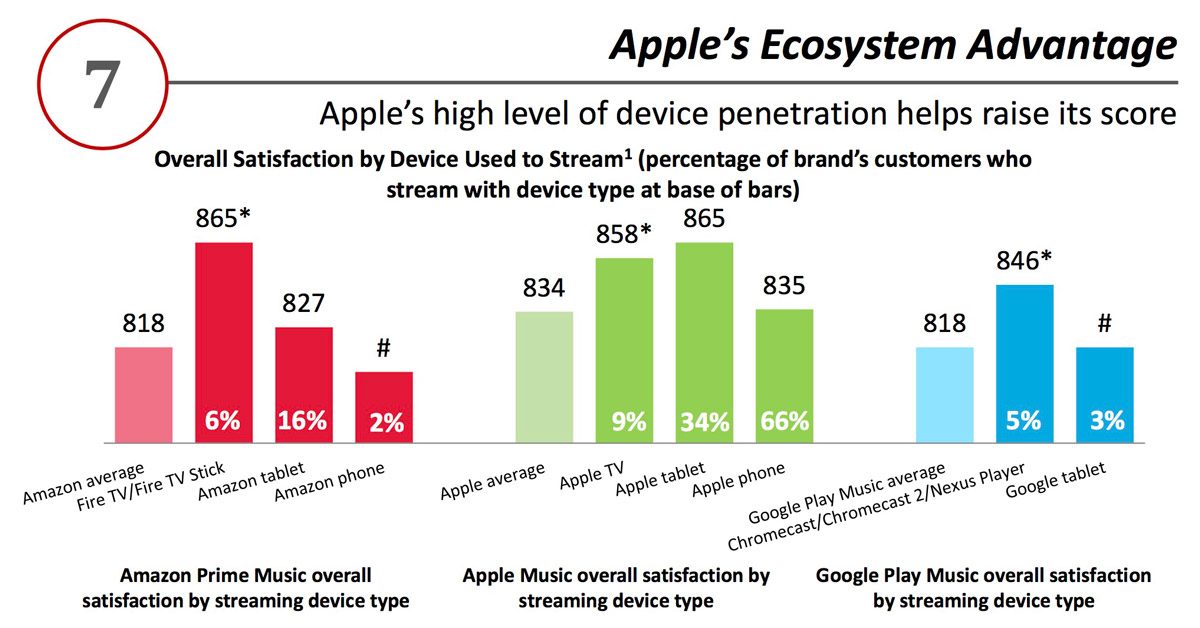 This expertly highlights what J.D. Powers characterized as Apple’s “advantage” in offering a whole widget model married to a curated, walled garden. No other company on the planet can touch that advantage. That upstart Apple Music beat every pre-existing streaming service in satisfaction ratings is the proof in that pudding.

It should also give those who doubted (or continue to doubt) the wisdom of Apple’s purchase of Beats. Apple Music is clearly well positioned to help Apple sell more devices. These satisfaction numbers are meaningful.

A non Apple-specific aside: one of the most fascinating aspects of this report is the news that paying customers are “significantly” happier with their streaming services than free users. J.D. Powers found that overall satisfaction for paying users was 825, while free users averaged 803.

There’s a PhD or two waiting to be earned studying that sort of thing.

How does it compare to Spotify?