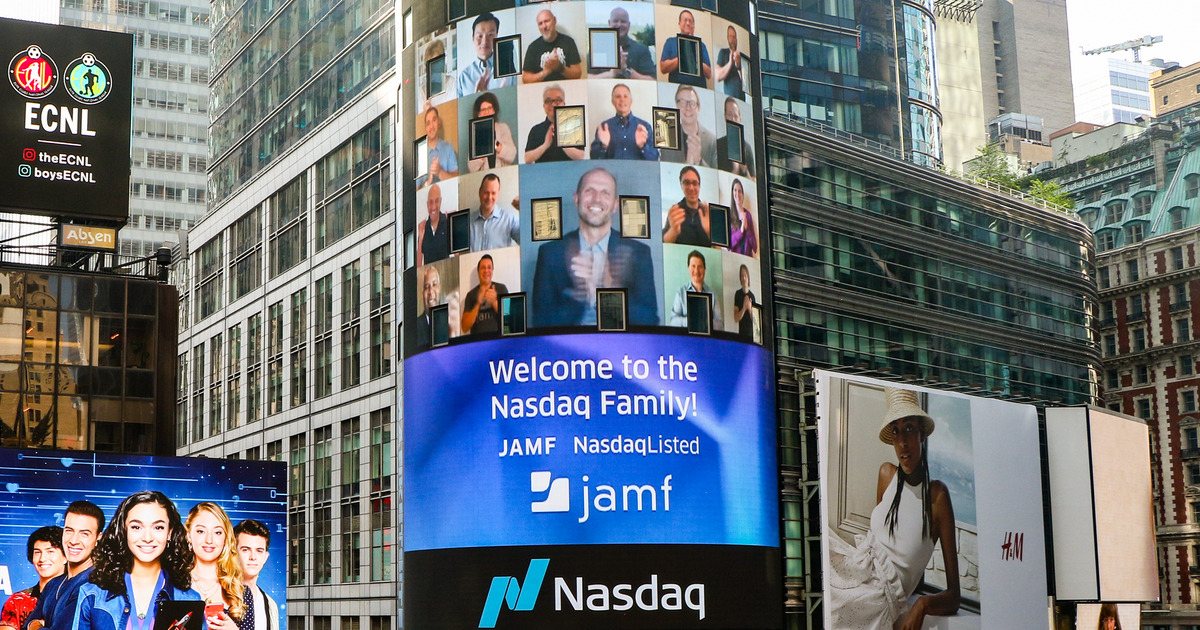 Wednesday was a big day for Apple enterprise management software firm Jamf – it IPO’d, appearing on the NASDAQ stock exchange for the first time.  Despite this, CTO Jason Wudi seemed somewhat calm as he sat down to speak to The Mac Observer. Perhaps that is because he is positive about the “familiarity” some users will experience with the arrival of macOS Big Sur given its similarities with iOS. Or maybe it is because he sees his company playing a key role now that work from home seems here to stay. Most likely, it is because he has been through lots of change and growth during his 14 years at Jamf, and the IPO is just the next stage.

Jamf initially appeared on the NASDAQ exchange priced at $46 a share. As ever, the price fluctuated on opening day. At the time of this writing, it had been as high as $51 per share and as low as $38.79 per share. It may seem odd to have chosen to put your company public during amidst a pandemic and the economic turmoil that has caused. Mr. Wudi noted though that “an IPO doesn’t happen overnight, it’s been in the planning for many, many months.” He also clearly pictures Jamf being at the heart of longterm shifts in working practices. The same is true of students who have to continue to homeschool if their schools are unable to reopen.

One of the more poignant uses of Jamf tools that Mr. Wudi cite was facilitating contact between those in hospital and their friends and family. The COVID-19 pandemic had for administrators and IT firms “to take what was visionary and force it to be mainstream,” he said. “The Apple technology at the core of it… we’re proud to be part of helping those organizations, and ultimately end-users, succeed.”