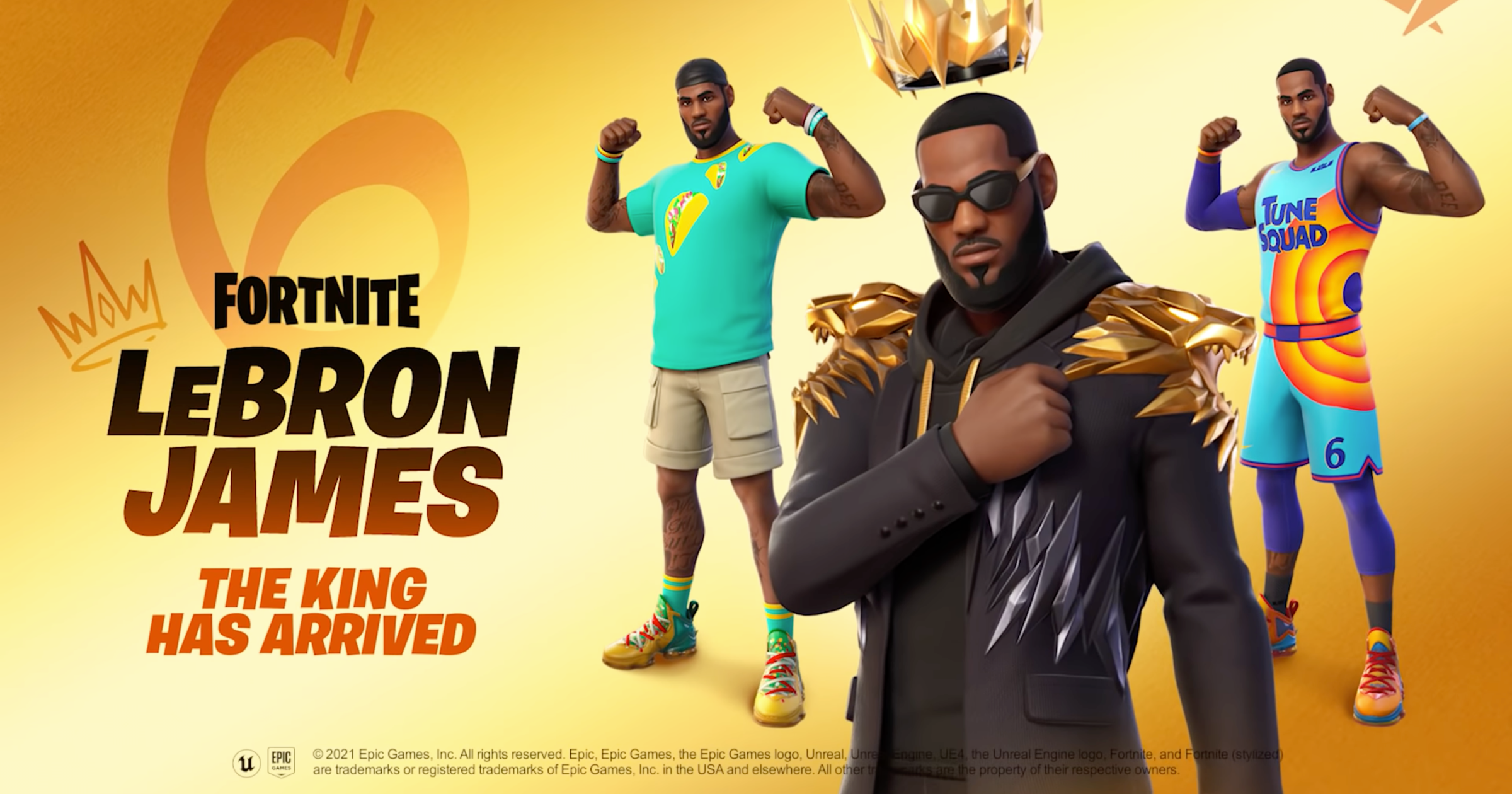 LeBron James is joining Fortnite’s icon series, the game revealed in a video posted Monday. This could be somewhat awkward given the legal battle between Epic, which makes the game, and Apple’s relationship with the basketball superstar via the Beats audio brand, which it owns.

LeBron James Fortnite Appearance is a Little Embarrassing for Apple

From Wednesday, July 14th, Fortnite players will be able to purchase two types of LeBron. One is a regular character that comes with a handful of different outfits. The other is based on his appearance in the forthcoming Space Jam: A New Legacy movie. As The Verge noted, rumors of a Lebron appearance in Fortnite emerged during the Apple vs Epic trial. However, he was also seen wearing Beats Studio Buds prior to their launch and is the subject of episode one of the TV+ documentary series The Greatness Code.

Of course, LeBron is very much his own brand and one that Apple is seemingly very happy to be associated with, (and vice versa).  No doubt it’s a little embarrassing for Apple that he also has this association with a company with which it is engaged in a major legal saga. However, it would hardly be a wise move for Apple to no longer be connected with such a revered athlete – that is not a PR battle it could win.

One thought on “LeBron James is Coming to Fortnite, and Apple Needs to Pretend it Isn’t Happening”