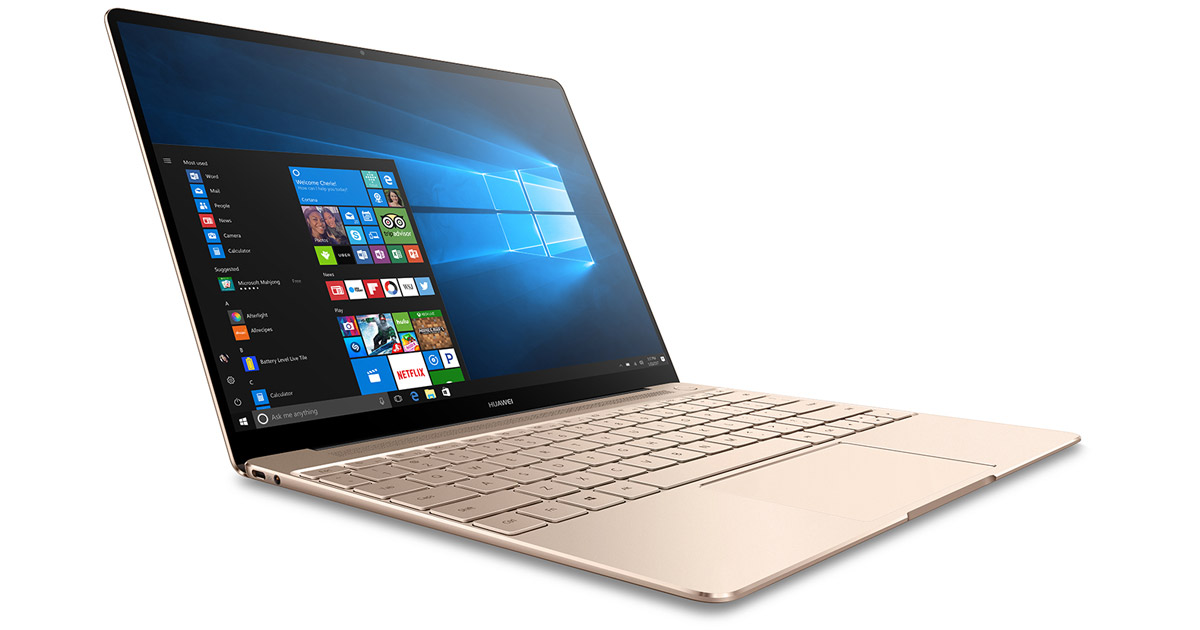 There’s been this thing in recent years where PC makers “go after” Apple’s MacBook/Pro/Air with a nice looking new PC laptop. I’m calling balderdash—the entire premise is flawed. Here’s why.

What brought this to mind was the announcement of Chinese firm Huawei’s announcement of the Matebook X. See what they did there with that name? Matebook? It’s like “MacBook,” but it’s “Matebook.” Get it?

Yeah, a blindfolded mole could spot that turd from a thousand yards away.

Here’s Ars Technica‘s look at the device, which is annoyingly an autoplay video. I’m including it because Valentina Palladino does a great job of showing us the Matebook X.

It looks a lot like a MacBook, sort of. If you squint. And maybe borrow that mole’s blindfold.

Fine, I get it. I get the allure of thinking good looking PC designs are “going after” Apple’s MacBook sales. I personally contributed to that trend when I called Microsoft’s under-powered, under-rammed, under-ported, and over-priced Surface Laptops “sexy.” Mind you, they are sexy, but that’s not really the point.

At the end of the day, Huawei’s (relatively) good looking Matebook X is just another OEM Windows laptop. Just like any other. Wait, that’s not quite true. Unlike many PC OEMs, Huawei is banned from the U.S. telecommunications infrastructure market for fear that China could use it to compromise our national security.

So, you know, if you want to buy a laptop made by a company with ties to the Chinese government…feel free.

But again, that’s not the point here. Any given PC company FINALLY coming around to good, thin design is just another company playing catch up. It’s them reaching for the bar Apple set.

By doing so, they might hope to take share from some other hapless OEM, but they aren’t going to lure Apple MacBook customers away*.

OEMs Are Nothing More than OEMs

At the end of each and every day, a PC OEM is just a PC OEM. They don’t do anything special. At all. If one goes away, the market won’t even notice. The legions of other PC OEMs will each grow a tiny bit and the world will move on.

This is precisely the argument I’ve made about Samsung’s delusions of relevance in the smartphone market. When you don’t control the software, there’s nothing special about you, no matter how fervently you wish otherwise. A slick looking PC laptop that reaches for Apple’s bar won’t change anything.

There’s one area where this isn’t true, and that’s performance, especially for professional users. We’ve written about how HP was going after Apple’s pro users with attractive desktop PCs. That’s a separate argument from design.

But performance is behind that move in the first place, not design.

From my perspective, Huawei’s Matebook X is about as important to Apple’s laptop business as any other crappy Windows OEM laptop. Anyone lured into buying it because of its looks wasn’t going to buy an Apple laptop in the first place*.

I gave myself an asterisk here because Asia—China in particular—appears to be less prone to operating system loyalty than Western markets. There’s less brand loyalty, too. Apple has experienced this first hand as iPhone copycats have taken share from Apple in China.

Devices like the Matebook X, Surface Laptop, and any other vaguely attractive PC laptop have a higher chance of taking sales that would have otherwise gone to Apple in those markets.