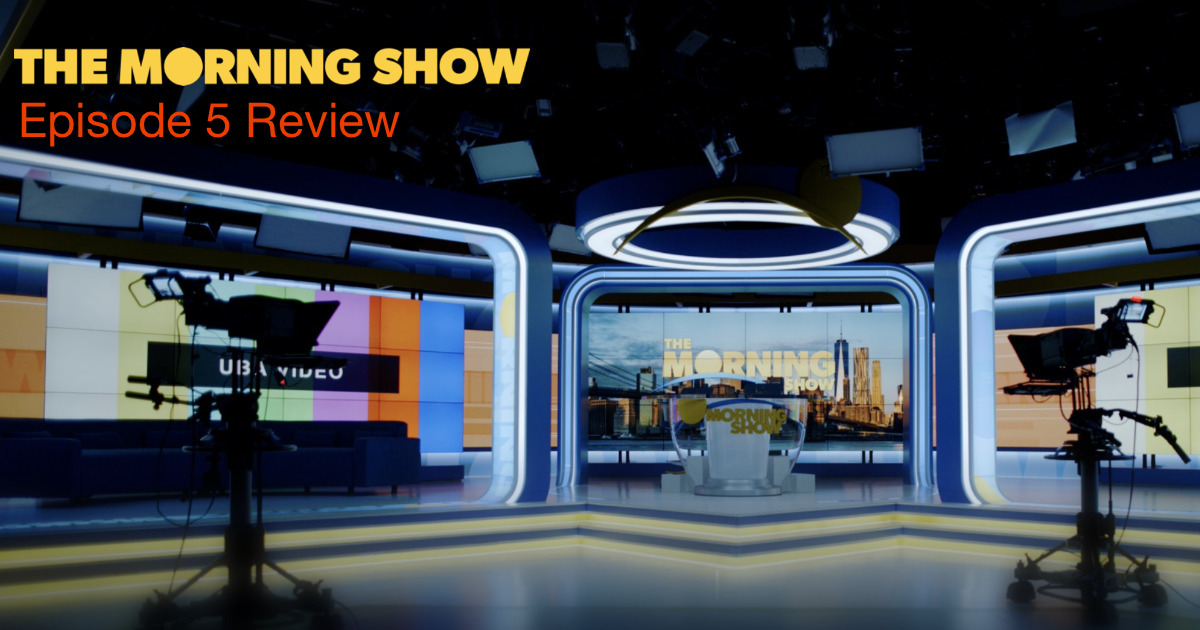 An impending New York Times exposé looms over The Morning Show Team in episode 5. Everyone fears how it is going to make them look. As the deadline gets closers, we see some of the most powerful people on the show desperately trying to cut deals to save their careers.

A Story of Two Night’s Out

Bradley Jackson, meanwhile, has made it to the end of her first week in the anchor’s chair. After moving into a plush hotel, she prepares to go out drinking with crew members to celebrate one of their birthdays. However, an unexpected voicemail message throws her. When she returns the call (to the only character in the show who does not have an iPhone…) we get to see the self-destructive side of Bradley that previous episodes have only hinted at.

The raucous, debauched, girls night is in stark contrast to the very staid Broadway-themed charity fundraiser Bradley’s The Morning Show co-anchor Alex Levy is hosting. As the event reaches its crescendo, it all gets too much for Alex. Her ex-husband, a character I’m increasingly drawn to and impressed by, is left to pick up the pieces. Little moments really make this episode. It cuts from one event to the other. Tequila is being ordered in both. However, the difference could not be clearer.

Looming over it all is, of course, Mitch Kessler. When he confronts his former colleagues, the tension is almost too much to bear. Jennifer Aniston and Steve Carrell depict the complexity of their characters’ relationship expertly. This episode of The Morning Show also perfectly illustrates the power structures, the quid pro quo’s, of the media industry. Then, when the article finally drops, nobody looks good.