The plotting is reaching a whole new level in episode nine of The Morning Show. Fred and Alex…Charlie and Corey and Bradley… Mitch and, well… anyone he can get his hands on. 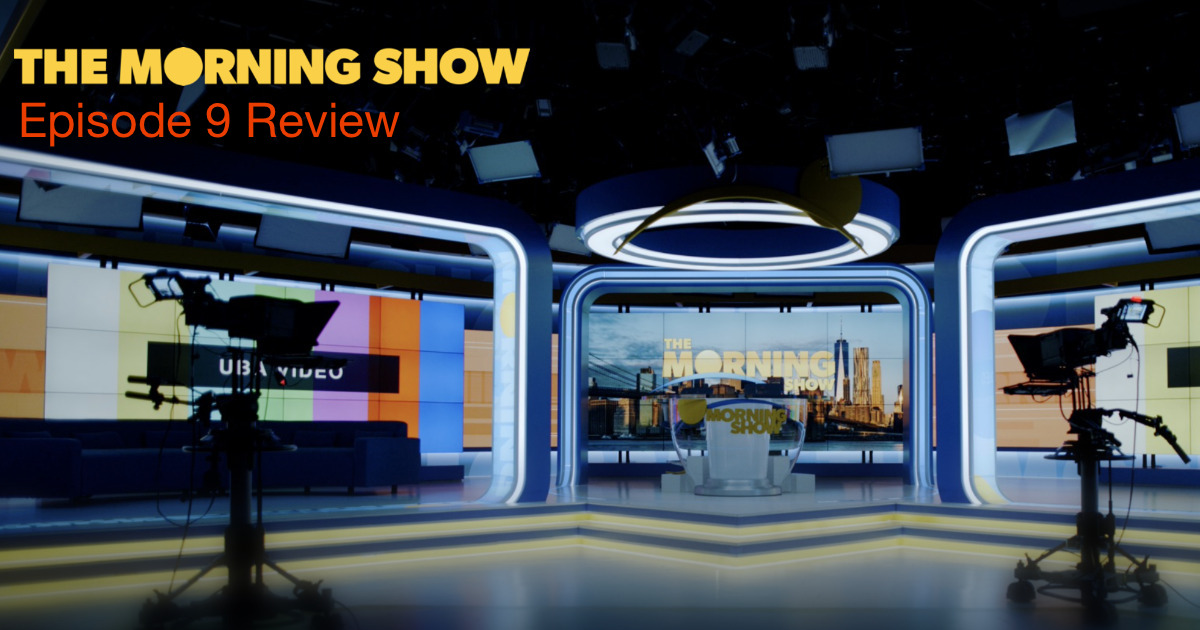 Plotting the Survival, or Downfall, of ‘The Morning Show’

It all makes for a very tense episode, with no clear outcome. It does though build nicely towards a climax for the series. For some people, the tension is too much. Chip is under severe strain, while Yanko and Claire’s relationship faces more scrutiny than ever before. Can it survive? Elsewhere, The Morning Show‘s chief booker, Hannah, is feeling increasingly isolated from her friends and workmates.

This episode also sees a prominent role for an underused character – the New York skyline. There are some stunning, lingering, shots from Alex’s apartment for instance. Mitch returns to the Big Apple too.

Indeed, we really get to see the manipulative side of The disgraced ex-host of The Morning Show in this episode. He’s not the only one though, with Alex giving as good as she gets. No doubt Mitch’s comments about women’s role in the incidents that lead to the #metoo movement will make many viewers uncomfortable. This is though one the great selling points of the show – it doesn’t offer just one perspective. However, it is Billy Cruddup as Corey Ellison who once again steals the show with yet another brilliant, slightly deranged performance.

As engaging as this episode of The Morning Show was, there was a confusing moment in the timeline. At one point, it looked like Claire and Hannah were meeting in the evening. They talked about going off for dinner. The scene then cut back to Chip talking on the phone, in the street, in the day. It’s the first time I’ve noticed anything approaching a continuity error in the series. Mostly though this episode left viewers to in the tantalising position of waiting to see which of the plotters prevails.

It was a good one and this series is getting very interesting.