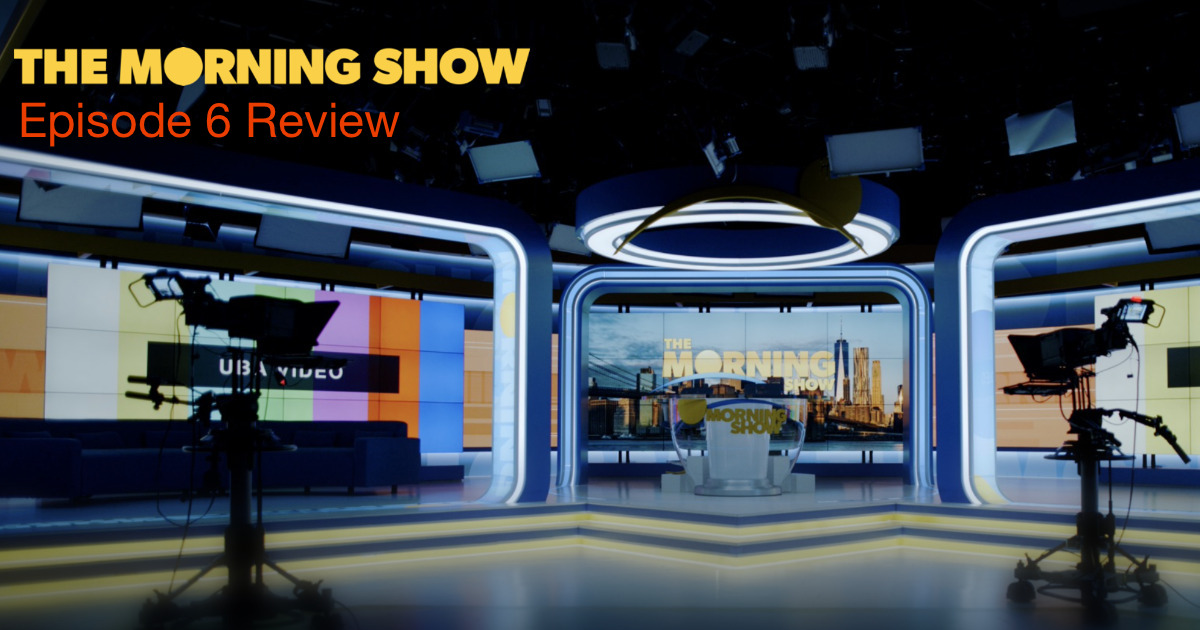 It isn’t only the mountains around LA that are heating up in episode six. Temperatures rise amongst The Morning Show team as they head to California to cover the unfolding natural disaster.

‘The Morning Show’ on The Road

At the center of it all is, of course, Alex Levy. She’s in full diva mode, but her personal and professional relationships are fraying at the seams. Can Bradley Jackson’s natural charm eventually win her back over? Elsewhere, the change of setting lets us see a different, occasionally darker, side to many of the crew. Off-camera, the battle of the top of the network is only getting more vicious. Amid the tension, The Morning Show’s under pressure producer Chip Black senses an opportunity.

It is perhaps not surprising that a show put out by Apple, and one that has been so set on tackling hot-button political issues, would have an episode related to climate change. This episode does a good job of making the point, although it is not exactly subtle. Furthermore, as has been a common theme over the series, there are some accuracy issues. For instance, I found it highly unlikely that Bradley’s final interview subject would ever have agreed to talk on camera.

That said, the change of setting in this episode really breaks up the pace of the series as a whole. It helps avoid a sense of repetitiveness. As the final twist is revealed, you sense there are going to be many more flames to put out over the coming weeks.