This week marked two years since the launch of Apple TV+. The service went live on November 1, 2019, with just a few shows available. Since then, it has beefed up its library, including one mega-hit, and won 155 awards. So, how is it place in the streaming wars?

Let’s get the two big things that have defined Apple TV+ out the way first – the COVID pandemic and the success of Ted Lasso. In some ways, the two are inextricably linked.

The streaming service launched just months before the world was hit by the pandemic, and most of us were stuck in our homes for months on end. We don’t really know how many people switched off Tiger King to watch See, but it seems likely that more people than otherwise would have decided to give Apple TV+ a try as a result of COVID. The pandemic also no doubt played a part in numerous extensions to the free trial period.

The other key factor is that the production of various shows was disrupted and delayed. The Morning Show was even re-written! 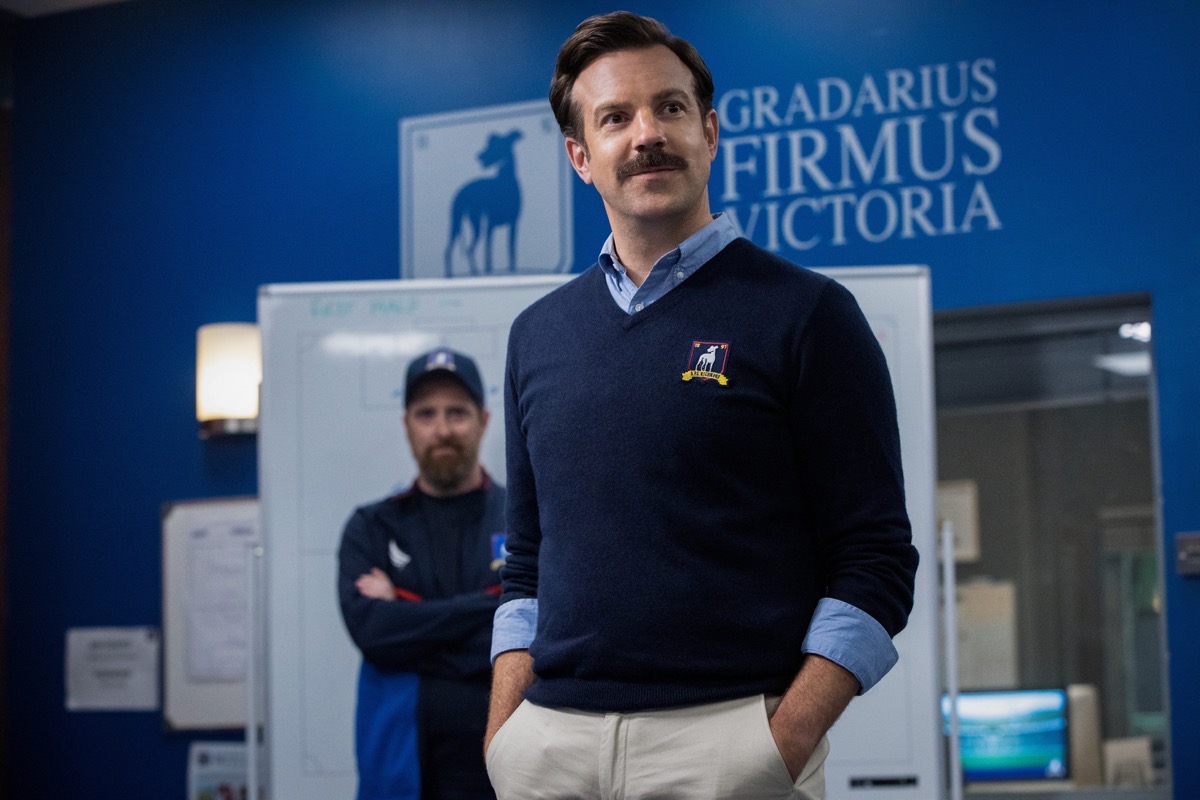 Then, there was Ted Lasso. The first season arrived in the midst of lockdowns, fear, and misery. For many, it provided some light relief in the darkness. No wonder it proved so popular. Even though the second series took a slightly different approach, for so many people, Ted Lasso is the only thing they know about Apple TV+ and it claimed historic wins at the Emmy Awards.

One somewhat underrated characteristic of Apple TV+ is that offers a wide range of high-quality documentaries. A lot of these are nature shows, but there are also music documentaries, which seems like an obvious area for expansion given the links to Apple Music. I also thought Visible – Out on Television which looks at the history of LGBT people on television was very good.

Another big emphasis has big on content for kids and families. With new shows launching regularly, this will no doubt continue.

Where is Apple TV+ in The Streaming Wars?

In reality, we don’t really know how many people are watching Apple TV+ regularly, never mind who is actually paying for it. However, these numbers will pale into insignificance when compared to Netflix. Disney+, which launched at a similar time, had 116 million subscribers by August this year and continues to put out audience-grabbing content as well as boasting an extensive back catalogue.

Cupertino execs could though reasonably argue they have, Covid disruptions aside, achieved their targets. They can attract big names, are taken (more) seriously in Hollywood and are in the conversation for things like live sports rights. Apple TV+ has held its ground in the streaming wars and established itself as player. (Plus it lasted longer than Quibi…)

Moving forward, we are seeing original podcasts as part of the Apple TV+ brand, the service becoming available on a wider range of platforms.

My favorite show on Apple TV+ is Mythic Quest. The two specials alone are better than almost anything else on the platform. Other hits include:

I couldn’t get past the first episode of Foundation, although it’s absolutely beautifully produced. Other misses include Billie Eilish – The World’s a Little Blurry, which I thought was way too long. This is all totally subjective, of course!

We wait and see what year three of Apple TV+ has in store!

It almost sounds as if the author puts Foundation into the miss category. From those I know who have seen it, it is actually considered excellent. Such a complex show does take more than one episode to grasp the story and of course, not every show will be for everyone. Suspect the author does not watch/read much science fiction. the suggestion that I would make is that care is taken to not let a personal opinion come through in articles such as this, even if not intentional. It would be a shame if a reader decided not to try Foundation… Read more »