After ploughing through data from ten-year-old online forums, it’s fair to say that Australians have always been a little worried they are paying more than they should when it comes to games releases and smartphones. For a while, they had a point.

A decade ago, the latest console game releases were up to 50% more expensive in Australia compared to the US. Since then, the Australian dollar gained strength, meaning that imports got cheaper. Has this had an effect on the cost of mobiles and game consoles? Has the struggling Aussie dollar now made purchases more expensive again for Australians? 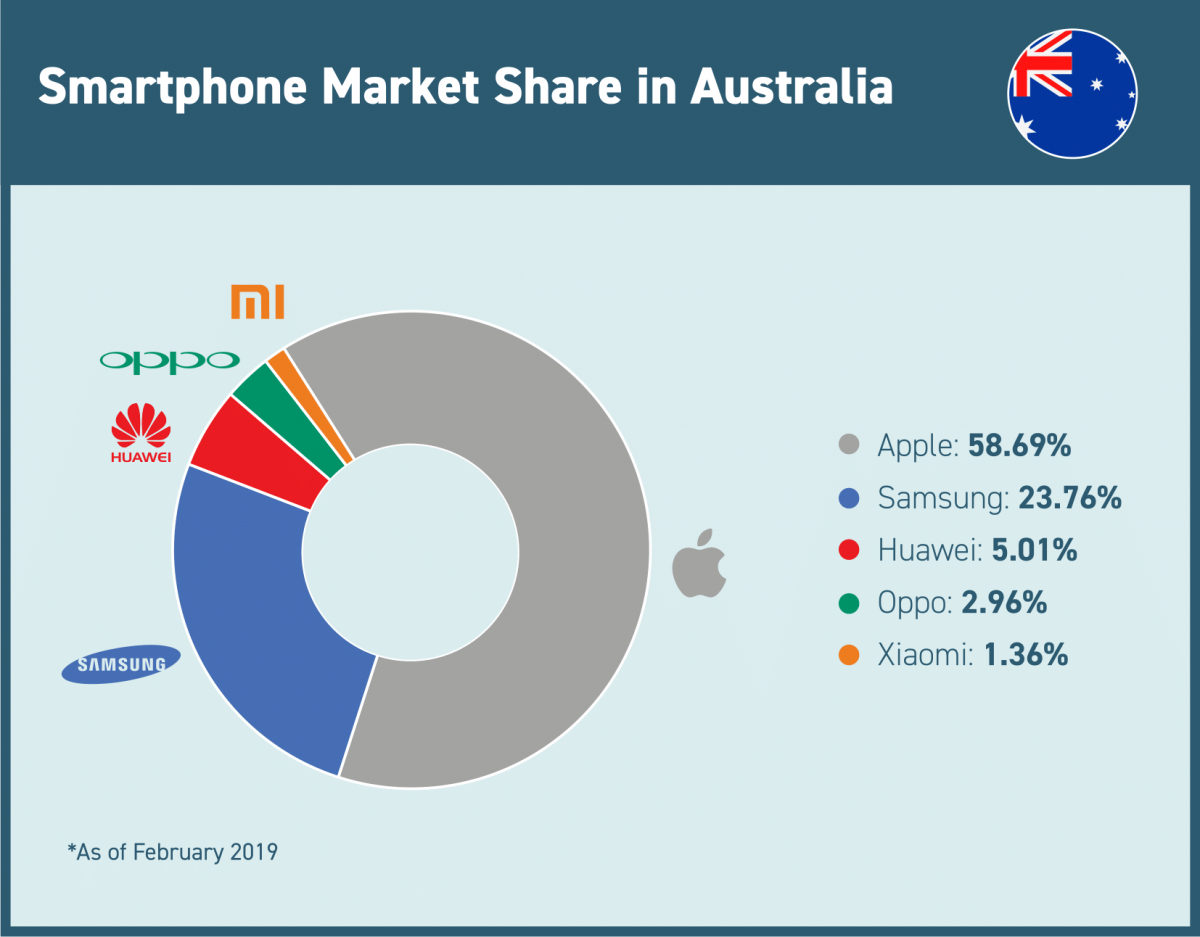 The rise and fall of the Aussie dollar

From 2010 to 2015, exchange rates trended in Australia’s favour. The Australian dollar (AUD) almost achieved parity with the US dollar (USD) in 2015, when one AUD was worth 0.90 USD. However, in the three years since, the AUD has weakened in value, hovering at around 0.71 USD with the Australian economy currently struggling. Retail figures have fallen short and growth figures in 2018, expected to be around 0.3%, turned out to be closer to 0% – no growth at all. Australians have already experienced slow wage growth combined with lower house prices and these factors make the AUD less popular for investors.

Affected by slow retail figures, wages and house prices, and with interest rates remaining low, investors are less interested in buying Aussie dollars. This has pushed exchange rates down, triggering a whole bunch of economic consequences.

The biggest sector to be hit are retailers, especially those that sell goods imported from overseas. Prices have remained much the same in retail price index terms, but can they hold out for much longer? If and when prices do increase, the first place customers look is to buy elsewhere. When it comes to gaming and smartphones, that elsewhere might be overseas. Australians are already asking whether importing from overseas is a more cost-effective way of purchasing, prompting government legislation to protect retailers. This takes the form of the Goods & Services Tax (GST), an import tax that demands Australians pay 10% tax on all online goods bought from overseas from 1st July 2019.

Australian gaming industry on the rise

Despite a poor economic environment, the gaming industry in Australia is actually growing. According to figures from the Interactive Games & Entertainment Association (IGEA) for the gaming industry, in Australia there are some 900 developers and software designers working on writing, creating and producing games. But even these figures are argued to be grossly underestimated. 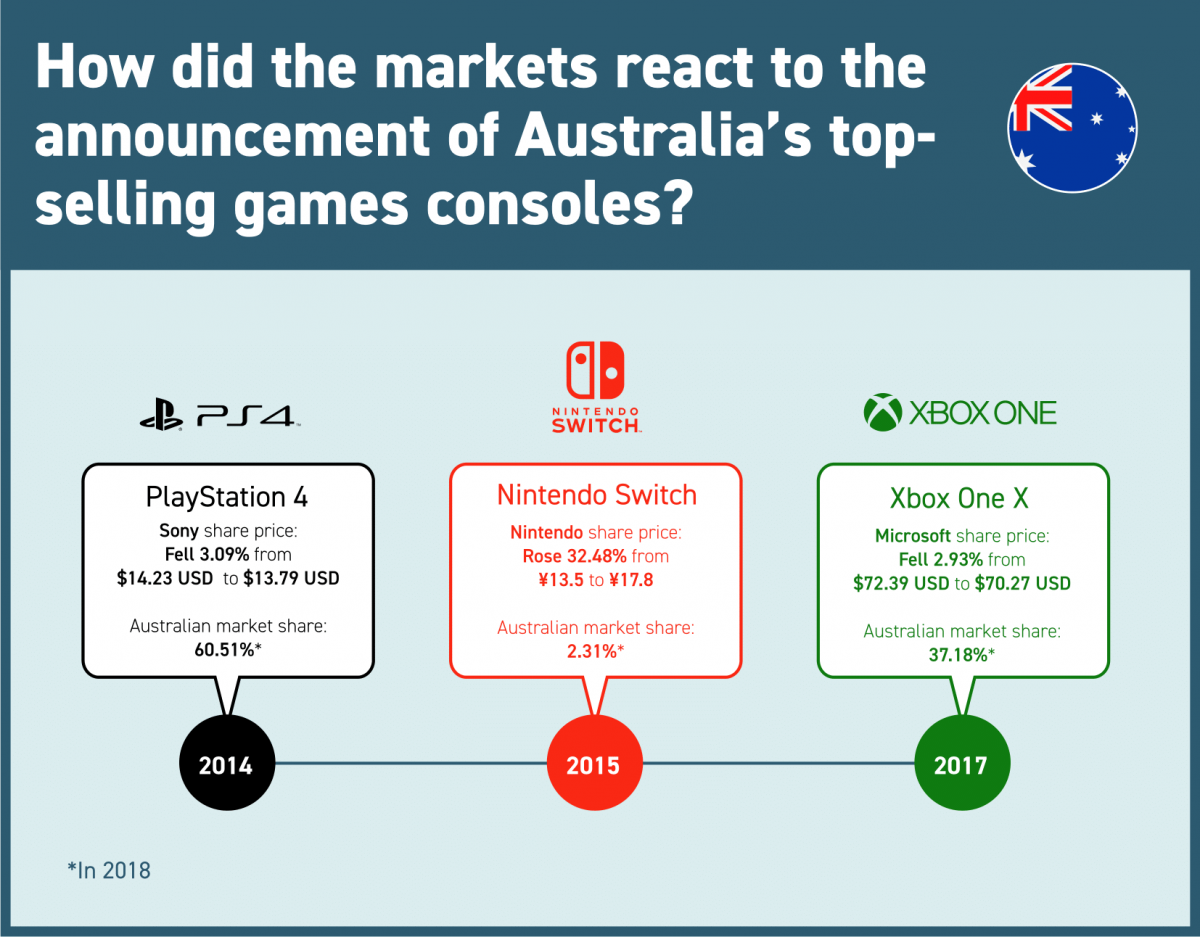 As you can see, console releases have a direct impact on their respective company’s stock prices. For better or worse, these differences in price are an accurate metric of a console’s initial reception. However, as the release of these console approaches, more information is released that could very quickly alter stock prices further, allowing traders, for instance, to reap all of the CFD benefits (contract for difference). With CFDs, you’re trading on the price difference of stocks, whether it represents an increase or decrease, so this fluctuation in stock value can be of great benefit to those with an eye for tech potential.

Ashley Ringrose, an Australian developer working in the games industry, disputes these figures. He felt so strongly that the figures were misleading that he decided to undertake his own research and find out for himself. What he found was that IGEA research had hardly brushed the surface of the Australian gaming industry resulting in a gaming community that was three times larger than the official IGEA results.

There certainly a lot of talent in Australia. It was here in 2014 that Crossy Road was first developed and released, and Australian developer Steam has been growing in stature for the last five years. Even the likes of Disney are investing in mobile product development based in Australia. But as the value of the AUD falls, pricing continues to be a real issue for electronics retailers. The comparative cost of electronic items like mobile phones and gaming consoles should be noticeably growing in expense for Australians. Luckily, it isn’t – yet.

Australian retailers have so far maintained prices to avoid being uneconomical in their own market. New games releases, used to raise the ire of forum writers who would post rants on their relative costs, but they now rest silent. For instance, the price of Anthem’s recent PC version release (as well as its other formats) shows Australians are actually paying less than the equivalent US price, while gaming accessories are also becoming competitive against US pricing too. 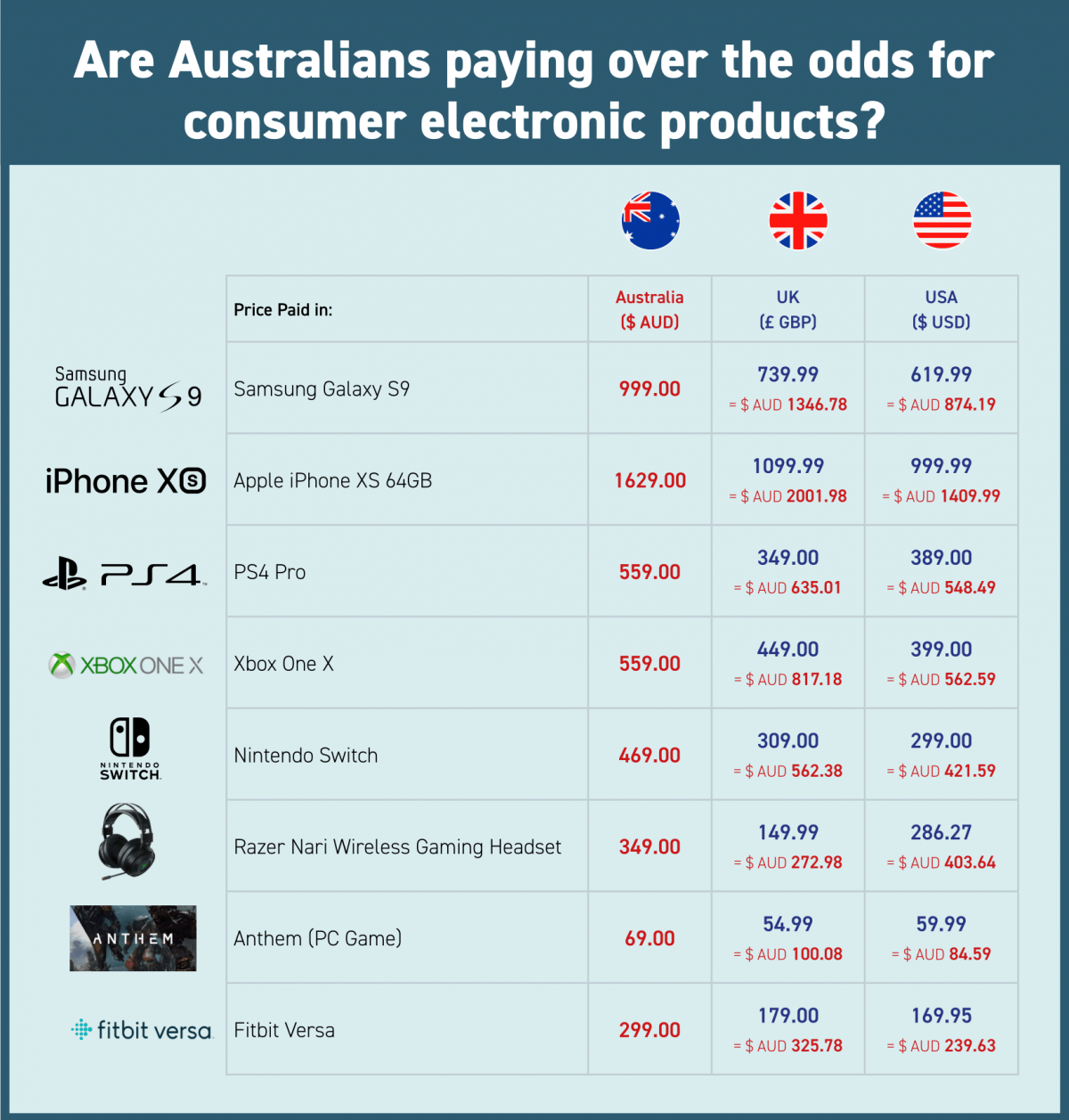 This is a shift from what Australians have been paying in the past (especially in comparison with US prices) due to the rule of parallel import restriction, government rules put in place to stop anyone buying a product cheaply from overseas and selling locally for a higher price (or at least less than what current retailers charge). While this situation can be demotivating to competitive pricing, the transition towards online subscriptions and online digital downloads has largely negated this price restriction. IGEA figures show mobile and game consoles sales figures being up just 2% and 3% respectively, while downloads and digital subscriptions are up 16% and 14%.

So far, the relative weakness of the AUD hasn’t had a major influence on the price of consumer electronics. The relative growth in the gaming industry and the investment being generated by leading developers like Steam, alongside a shift to downloadable titles, has seen gaming consoles and titles become a lot more competitive in price compared to the US. The same model doesn’t apply for smartphone sales, though, where higher prices remain in place. Nowhere are smartphones cheaper than in the US – and anecdotally this might be the big reason Australians feel they pay more than anywhere else.

Compared to UK and European pricing, smartphones and gaming consoles are actually cheaper to purchase in Australia, despite shipping costs, taxes and government price controls. It remains to be seen what the effects of the GST will have when it comes into play in July 2019.