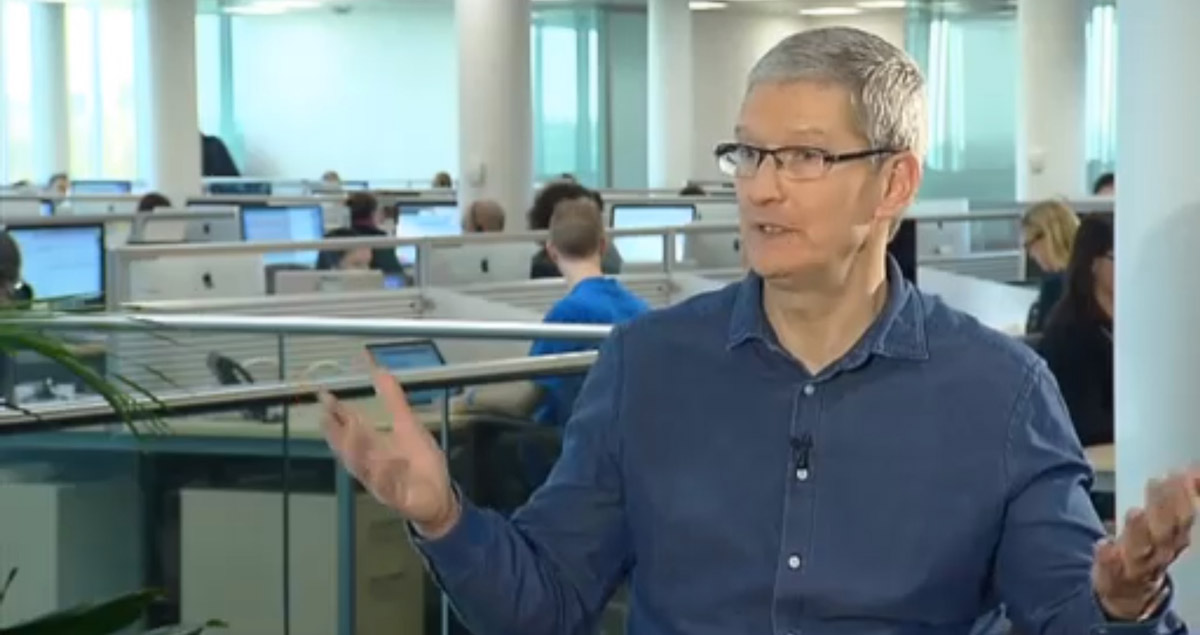 When Apple was struggling to gain acceptance in the marketplace, it was profitable to surge relentlessly forward, leaving the enterprise behind and mesmerizing the consumer. Nowadays, Apple tends to nurture the markets it has while seeking new avenues for growth. This makes it harder to estimate Apple’s future prospects. Yet, investors are starting to appreciate the nuances.

There was a time when Apple’s recent Q3 earnings report would not have been received well. That’s because in the past, there has been a fitful, incessant focus, derived from other industries and markets, on market share and unit growth as a symbol of market dominance and influence.

In time, we came to learn that profitability is more important than market share because those profits fuel R&D, so essential to competing with other high tech giants. However, optimizing profits also has its deceptions. Take the iPad, for example.

In November, 2015 Apple started shipping a rather more expensive 12.9-inch iPad Pro. The company followed that up in March, 2016 with the 9.7-inch iPad Pro. During Apple’s Q3 earnings report, Tim Cook pointed out that iPad revenue was up, even though the unit sales number was down just slightly.

If one were to chart the year-over-year sales growth, which is negative, one might assume that the iPad product line is headed for doom (ignoring the fact that the cumulative base is impressive). In fact, Apple has been using its R&D money to make the iPad Pro line very, very fast. And drive a great graphics system. This is, I surmise, the considered resuscitation of the iPad line in progress, and I’ve referred to that just recently. “After Initial Euphoria, Then Letdown, iPad is Poised for Glory.” This is what I meant above by nurturing a market.

Another example of nurturing a market is the iPhone SE. With quite a bit of irony, the iPhone 6 was insanely popular and generated a boatload of upgrades. (Its co-introduction of Apple Pay may have contributed slightly.) But, in the process, many customers also felt left behind the surge to bigger displays (phabletmania), and Apple had to regroup, nurture the iPhone line, and cater to those who held back with affection for smaller iPhones. And switchers.

So what we have is a company that is spending considerable R&D on secret projects and innovative new products (skating to where the puck will be) while simultaneously responding to consumer trends and high tech competition, by giving the greatest number of customers the greatest satisfaction (nudging the puck).

Unfortunately, because new products aren’t yet visible or even rumored in the supply chain, Apple’s attention to its current products appears to be a loss of innovation. Chasing the puck, so to speak.

A further complication is the nature of customer upgrade cycles. Many iPhone customers were just released from their customary and comfortable annual upgrade price of $199 and are starting to more soberly assess the real expenditure of a device with an ASP of $600. Tim Cook mentioned that in the July 26 Q3 earnings report.

Another factor is seasonality. The fall season traditionally offers new iPhones in September, but the there’s a college buying season for notebooks computers in the fall which cannot be neglected. The timing of available CPU’s from Intel, new engineering improvements such as OLED function keys and Thunderbolt 3 integration has to mesh with that seasonal schedule.

As CFO Luca Maestri told analyst Katy Huberty (Morgan Stanley) during the call, every quarter offers a different product mix. The trick is managing the sum of the product mix and each line’s ASP with engineering allocations. That’s probably why we haven’t seen new MacBook Pros earlier. (But we’ll see them soon, another one of those nudges.)

In my view, the fairly positive reaction to Apple’s Q3 earnings report by investors and analysts reflects this juggling act by Apple for the first time in a more visible, responsible way. In one day, the value of AAPL gained more than US$6. This is probably due to a better and better understanding of how Tim Cook is navigating world macroeconomic trends, the value of the U.S. dollar, commodity prices, consumer demand and upgrade cycles, the exploitation and evolution of current products, the seasonality of products, filling gaps in the product lines, and the potential of new products not yet released, such as the Apple Watch 2.

Apple is no longer primarily a boutique computer company, a side show with One More Thing sensations. Some may view Tim Cook’s opening remarks—his selling of Apple during the earnings report in a difficult time—with skepticism. After all, some key numbers are in decline. However, I see a tremendous juggling act going on that results in pretty good results considering the global headwinds that Mr. Cook often refers to.

It’s hard for a  company to maintain rectilinear growth in the current competitive and economic climates. Investors are more keenly aware of that than ever. Apple’s leadership, resilience and resources can respond and hold the fort in tough times and surge greatly when the opportunity arises. That’s why we didn’t see oodles of doom and gloom reports after this earnings report.

And that’s why the stock bumped up when sales and revenue were down.

Yeah, a couple things – One skates to where the puck will BE, not “to the puck” as the freudian slip title of this article states. And, as such the title is more accurate as Apple tends to take pre-existing products and improve them as they did with MP3 players and well, ask Blackberry about smartphones. The iPhone is a commodity now and Wall St (and me) is happy that even with 7 billion less sales than last year that it’s only a 3 billion profit hit – hey it’s all good. 3% stock bump makes me WRONG in my… Read more »