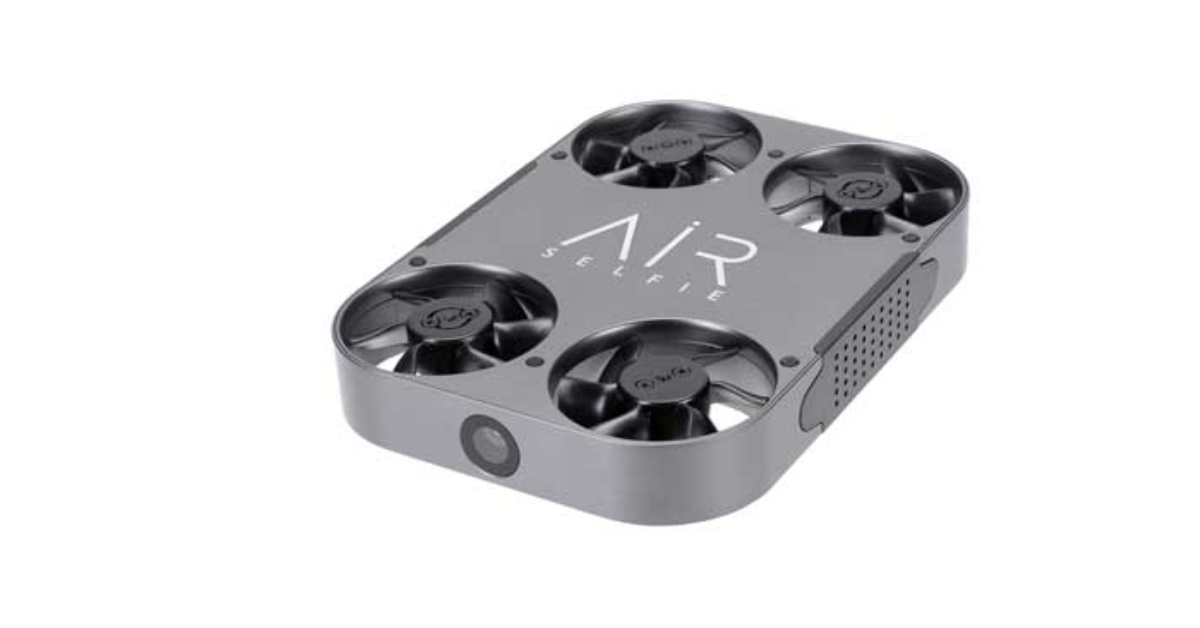 I had high hopes for AirSelfie 2, a reasonably priced (under $200), pocket-sized drone made of anodized aeronautical grade aluminum with a 12-megapixel HD camera with anti-vibration shock absorbers.

It also includes a 16GB micro SD card for saving its photos and videos, a USB cable for charging and transferring images to your computer, plus a nice little leather carrying case. It’s controlled by a free iOS (or Android) app that the manufacturer says is, “user friendly and requires minimum instruction-study time.”

That all sounds fabulous, but the thing that got me the most excited was the “Capture Me” feature, which is supposed to help the camera lock in on the user and track their movements to keep them in frame.

Close but No Cigar…

Sadly, while AirSelfie 2 looks good on paper and has received rave reviews from some users, I found it an exercise in frustration.

My first issue was that the app didn’t work with my iPhone X. I could launch the app and connect to the drone via WiFi, but that was all I could do. After that, the app stopped responding to input completely. After force-quitting the app and trying it a few more times, I searched the Internet and AirSelfie’s support pages, which claimed my iPhone X was supported and should work with AirSelfie 2.

Turn Off Cellular to Make it Work

Frustrated, I emailed my contact at AirSelfie, who suggested I disable cellular service on my iPhone in order to fly the drone.

That alone makes it a non-starter for me. When I’m out and about, my cellular connection is vital and I’m loath to disable it for even a few minutes. That being said, it did allow me to test the drone and discover other shortcomings.

First and foremost, the thing can only fly for 5 minutes (or less) before recharging, which takes 30-60 minutes. Then you get another 5-minutes of flight followed by 30-60 more minutes recharging.

Second (and almost as infuriating) was the Capture Me feature. It apparently recognized my face — a box appeared around my face on the screen to indicate it had locked in— but it never followed me for more than one or two seconds before either turning away or crashing into a wall or the ceiling. And every time I tapped the Capture Me button it forced me to stop navigating and tap a button to continue.

Finally, don’t even think about operating it outdoors, at least not in Texas. Any wind whatsoever, even just a breeze, wreaks havoc with flight control.

They say practice makes perfect, so I’m going to keep working on my piloting and aerial photography skills. I will let you know if anything changes. But, I have to tell you that had I purchased an AirSelfie 2 rather than borrowing one, I’d have returned it for a refund by now.