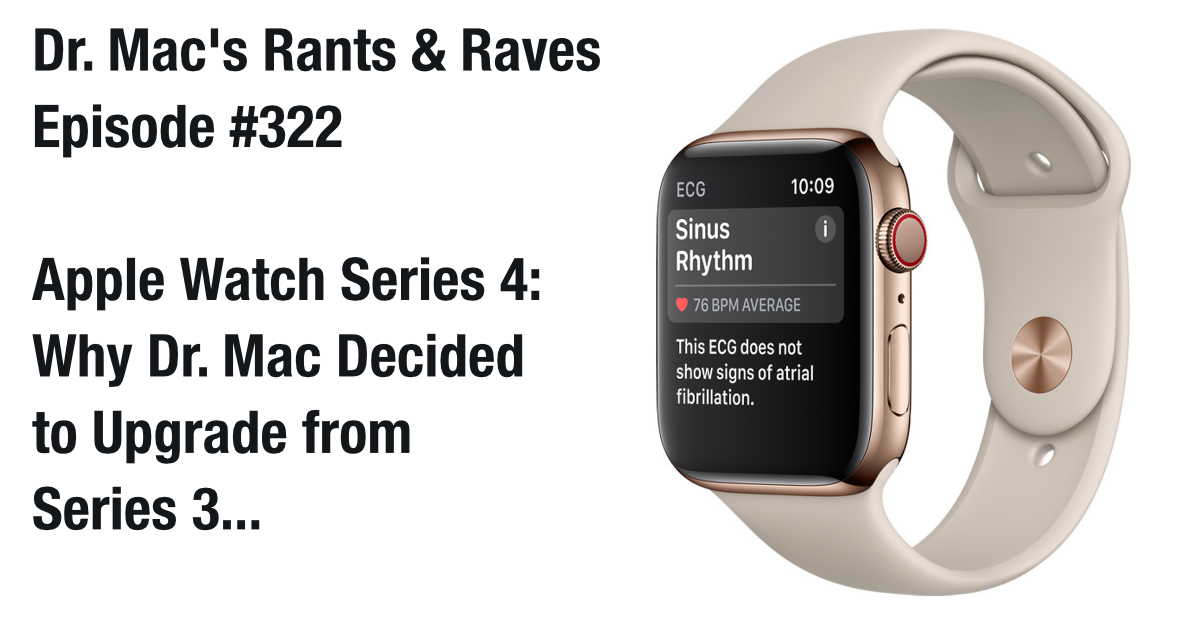 It’s no secret that I love my Apple Watch—I said so in my review of the original Apple Watch in July 2015. I also called it “indispensable” and said, “no analog watch will ever come close” in my column about Series 3 in August 2018.

I’ve had an Apple Watch Series 4 GPS + Cellular ($499) since late last year and everything I’ve ever said about the original Apple Watch is still true. I still use it every day.

By the way, I said I felt like a dork talking into my watch in public in the July 2015 column. That’s still true, but I get a kick out of doing it anyway.

There are a few new features worth mentioning. The biggest one is the display, which is the biggest and highest-resolution display on an Apple watch yet. This paves the way for new watch faces including my current favorite, Infograph, which allows me to specify as many as 8 complications.

So, with a glance at my wrist, I can see my next appointment; my activity rings; today’s weather; and the day and date. I also have three direct access buttons that let me call, text, or email my wife or either kid with one tap.

It’s also faster; its speaker is 50% louder, and its battery lasts longer than before.

Perhaps its most interesting new features, however, have to do with proactive health monitoring. I’m reassured knowing that my wristwatch is also monitoring my heart rate and will alert me if it detects anything of concern. That’s very cool.

New in Series 4 is an ECG app, which generates a report similar to a single-lead electrocardiogram. To use it, I merely press my finger on the Digital Crown for 30 seconds. The ECG app then indicates whether my heart rhythm shows signs of atrial fibrillation (bad) or sinus rhythm (good).

So far, my heart is fine (as far as I can tell). Still, I like having the ability to spot-check it at my convenience without making an appointment.

4 thoughts on “Apple Watch Report: Why Series 4 Works for Me”