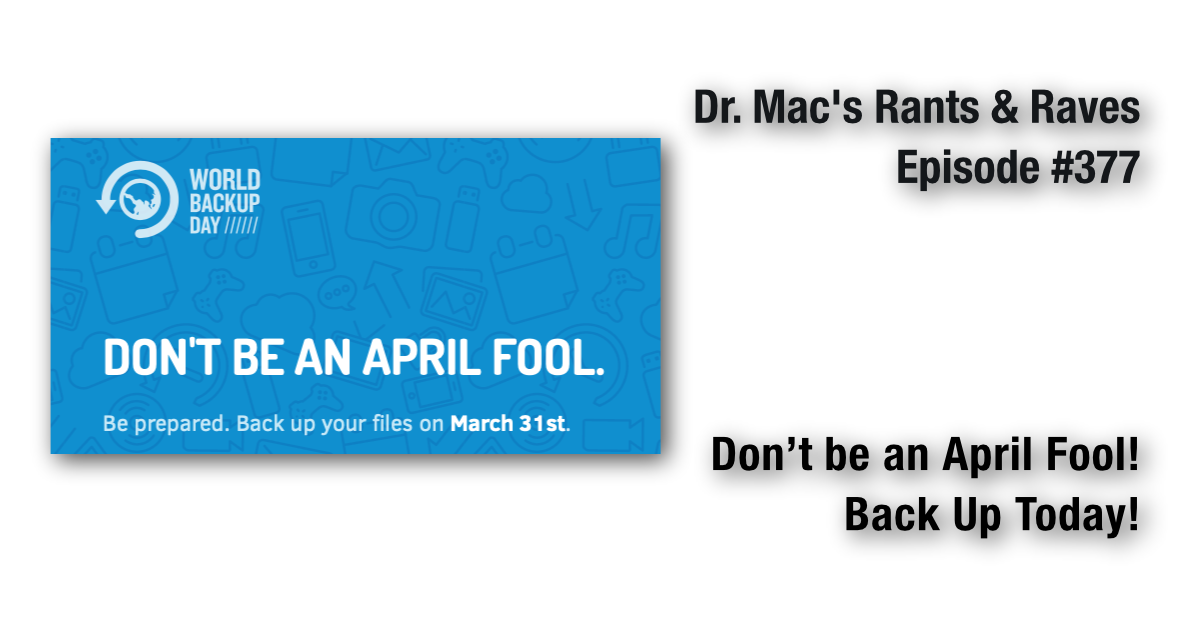 World Backup Day has passed  (March 31), but this is still a good time for my annual admonishment about backups, namely: If you don’t have a backup, your files could disappear forever in the blink of an eye. 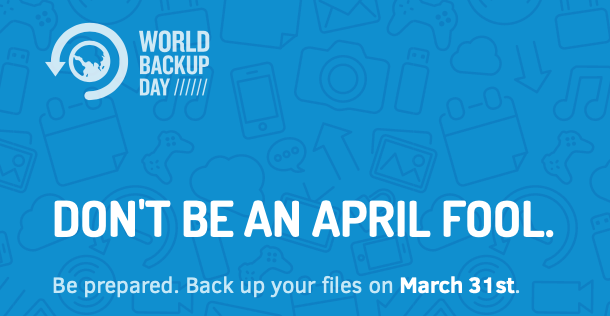 “There are only two kinds of Mac users — those who have lost data, and those who will lose data.”

I’ve been saying it for three decades, and while I think many (if not most) Mac users have gotten the message by now, some still have not.

According to World Backup Day, around 30% of computer users have never backed up. If that describes you, I’ve got bad news: You are going to lose all your stuff.

All hard and solid-state disks (and other storage media) fail eventually. There’s no question about that, the only question is when they will fail.

If you’ve been reading this column for a while, you know I am obsessive about redundant backups. But, in spite of relating the horrors of losing all your data at least once a year in my column, I still hear from readers and friends all the time, telling tales of woe about the data that they lost and the backup they were planning to make soon.

Don’t let that happen to you.

The World Backup Day pledge says: “I solemnly swear to back up my important documents and precious memories on March 31st. I will also tell my friends and family about World Backup Day – friends don’t let friends go without a backup.”

I encourage you to take the pledge if you don’t have a backup, but in my opinion, one backup isn’t good enough. So, in 2018 I proposed we rename April Fools Day World Redundant Backup Day: No Fooling because one backup is never enough.

If you’re a nut about backups like I am, take this opportunity to talk to your friends and family members. Help them keep their precious data safe if you can. Remind them a single power surge or lightning strike could fry their entire disk or Mac. And, remind them they could lose everything—every photo, video, document, and every other file on their Mac—in a heartbeat.

Do it While You Have The Time

I know we have bigger fish to fry these days, but this is important too. So, please remind your parents, children, friends, neighbors, and anyone else you care about that World Backup Day and World Redundant Backup Day: No Fooling have come and gone. Then, be a hero by offering to help them create a reliable redundant backup system.

I created yet another short public service video (under 2 minutes) on the importance of redundant backups, which you can watch (or share).

Finally, please tune in again next week for the thrilling conclusion, with tips, hints, and techniques for creating reliable backup systems.

10 thoughts on “Don’t be an April Fool—Back Up Today!”