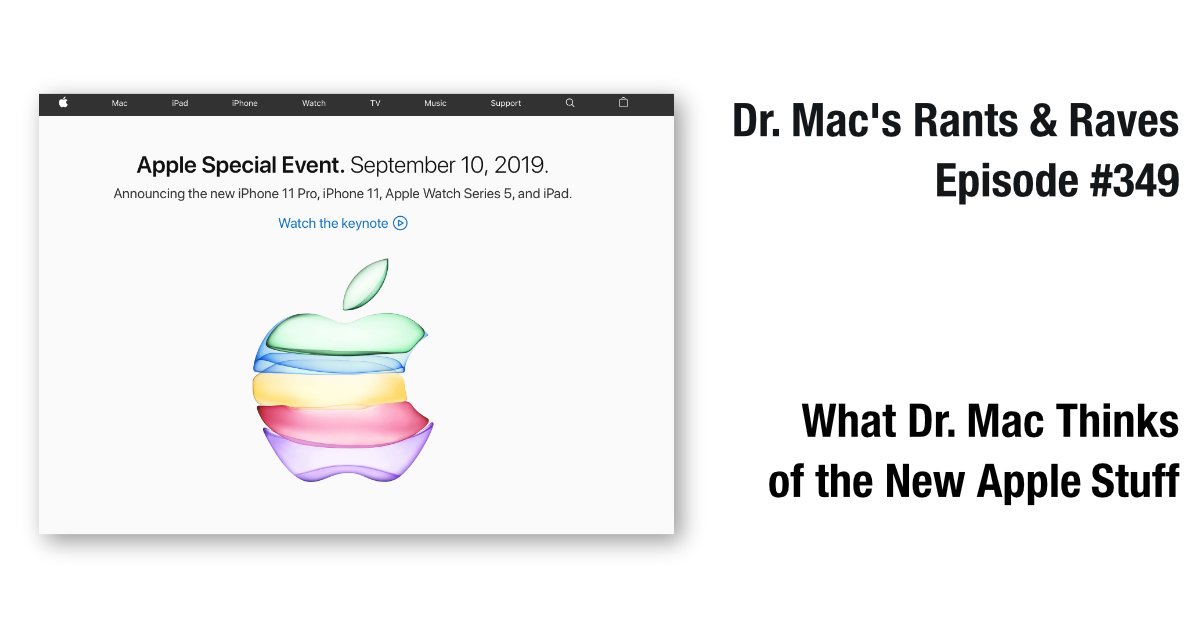 Apple held its fall product announcement event last week in Cupertino, and although I couldn’t be there, I watched the whole event live on my Apple TV. 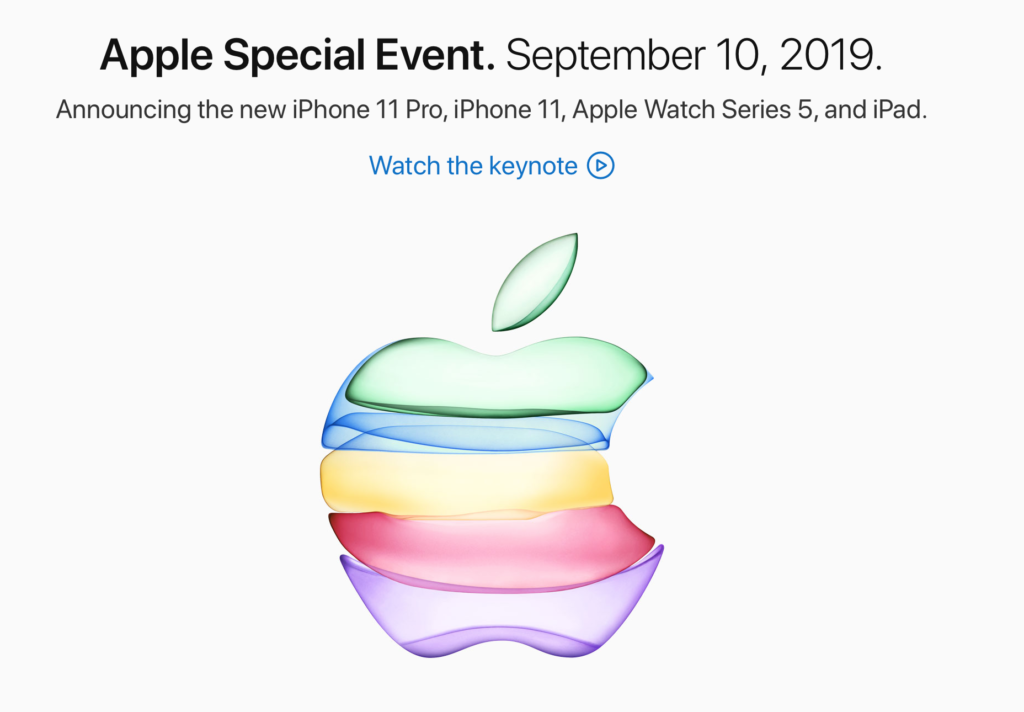 I haven’t got any of ‘em in hand, yet. I’ll have more to say about some (or all) of ’em in the coming weeks. For now, let me just say I feel like this year’s iPhones are, if nothing else, better named than last year.

What’s In A Name

I mean, can you tell the differences between an iPhone X, iPhone XS, iPhone XR, and iPhone XS Max at a glance? I know I can’t (well, maybe the Max, cause it’s huge, but you know what I mean). Many (if not most) people I meet don’t even know which iPhone X they have: “The smaller one,” “the original,” “the big one,” or “I dunno—it’s an X something.”

Compare that to this year’s iPhone 11 offerings, which are nicely segmented and differentiated:

I’m happy the X moniker is retired. The X confuses people. Do you call it iPhone ex or ten? iPhone ex-ess or ten-ess? iPhone ex-are or ten-are? And the even longer-running confusion over whether it’s pronounced “OS-sex” or “OS-ten?”

I’m pretty sure the answer to all of the above is “ten,” though many still pronounce it, “X.”

But I digress. We’ll get back to these new iPhones and their glorious lack of Roman numerals (and their multitude of lenses) when I have one or more in hand.

Moving right along, I found the previously undisclosed details about Apple’s soon-to-launch Apple Arcade and Apple TV+ subscription services almost as compelling as the new hardware.

Which is all swell, but the thing that really impressed me was the price: a mere $4.99 a month for up to five family members (with a free one-month trial available).

I’ll sign up and let you know what I think in a few weeks.

The other new Apple service is Apple TV+, the long-awaited subscription video service featuring exclusive content by Hollywood’s biggest names. Viewable on almost any Apple device, the new service debuts November 1 priced at $4.99 per month for up to six family members.

But, the Best Part is…

That rocks but it’s not even the best part. The best part is that you’re going to receive a one-year subscription to Apple TV+ at no cost the next time you purchase a new Mac, iPhone, iPad, iPod touch, or Apple TV.

And that, my friends, is the best part.

I was thinking about getting a new iPhone this year anyway, but a year of free Apple TV+ programming for my whole family is a pretty sweet incentive.

Watch for the thrilling conclusion, coming to this space soon.