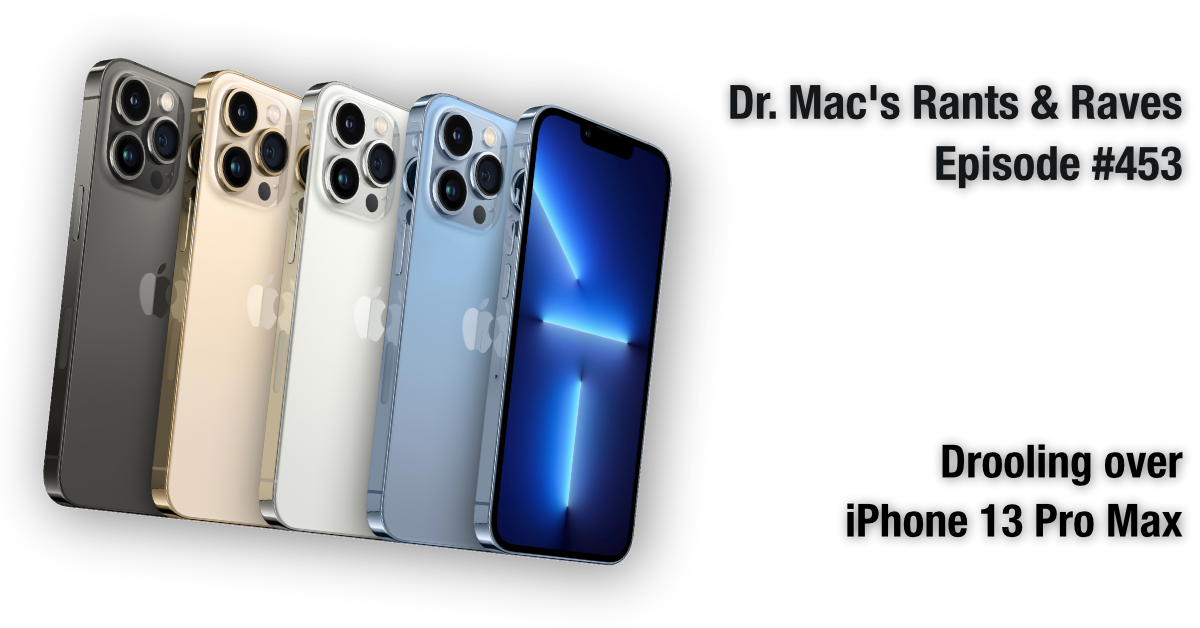 Apple introduced a bevy of beautiful new products—iPhones and iPads and the Apple Watch Series 7—last week, and they’re (as always) better, faster, and prettier than their predecessors and packed with drool-inducing features. If money were no object, I’d get one of each in a heartbeat, but it’s a definite object around my house.

When Do You NEED to Replace Your iPhone?

The answer was a resounding “no.” And I’ve been using the same old iPhone X since its release in 2017. My wife Lisa’s iPhone 8 is even older. And, while both iPhones still look great and work well, their batteries are showing signs of wear, and they lack 5G cellular. While we could certainly keep them in service for another year or two, after seeing what the iPhone 13 lineup has to offer, we’ve decided that this will be our year.

For me, the deciding factors were the camera, display, and battery (in that order).

The camera in my iPhone X has served me well, and I’ve got tons of photos and videos to prove it. But iPhone 13 Pro and iPhone 13 Pro Max feature Apple’s most significant camera system upgrade yet. With new lenses and sensors, and a new image signal processor (ISP) in the A15 Bionic chip, it’s the most advanced camera system ever on an iPhone (according to Apple). With wider apertures and faster shutter speeds, Apple claims a massive improvement in low-light situations, up to 2.2x compared to iPhone 12 Pro and nearly 1.5x compared to iPhone 12 Pro Max.

I’m looking forward to the Super Retina XDR display with ProMotion, which Apple calls “the brightest display ever on iPhone with up to 25 percent higher max outdoor brightness, at 1000 nits.” My iPhone X screen can be hard to read outdoors, so I expect this screen to be a vast improvement.

Finally, I can’t wait to go all day without topping off my battery.