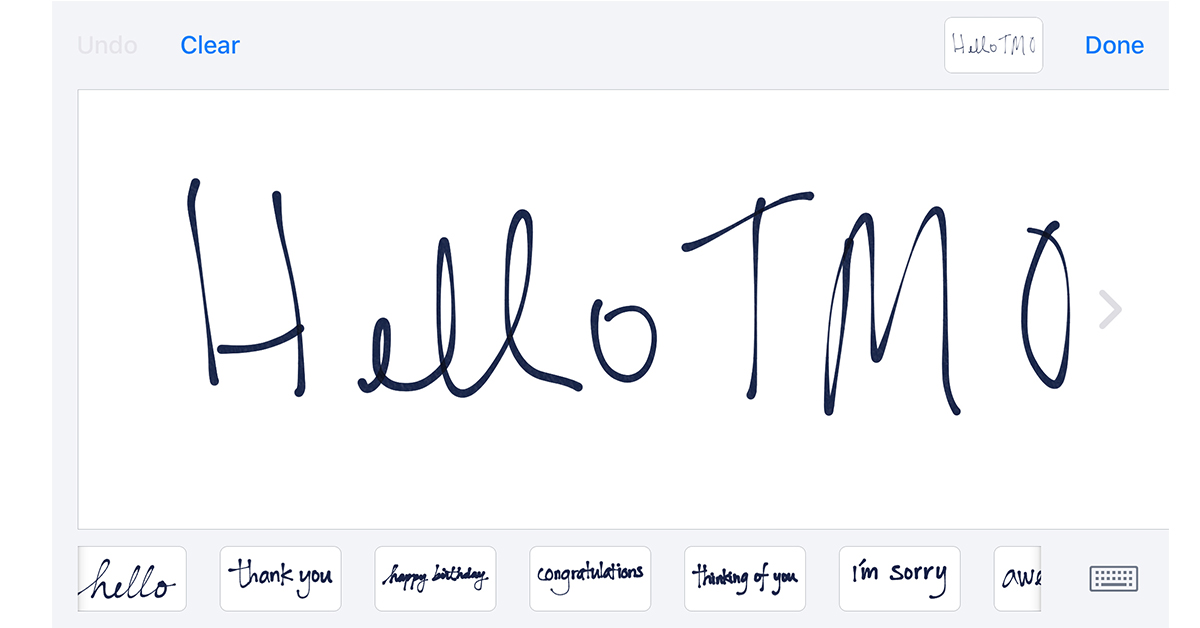 Have you noticed that the iOS Messages app and the iMessage service have gained a bunch of gaudy new features in the past couple of years? I’m talking about tapbacks, full-screen and bubble effects, handwriting, Digital Touch, and so on. If you’re not familiar with these still relatively new ways of expressing yourself, please allow me to introduce you.

You iMessage; I Tapback

Tapbacks are probably my favorite new Messages feature, letting me quickly respond without typing or dictating. To use ‘em, double-tap a message and then tap one of the six Tapback icons—heart, thumbs up, thumbs down, haha (laugh), double exclamation mark, or question mark—to send it instantly. If you’ve never tried Tapbacks, you’re in for a treat.

By the way, tapbacks are also available in the Messages app on your Mac. Just right-click (or Control-click) the message and choose Tapback, then click an icon. That’s the good news.

The bad news is that the Messages app on the Mac lacks any of the whizzy new features that follow.

Digital Touch was cool when it was introduced on the Apple Watch a couple of years ago. It lets you send “feelings” without typing or talking.

Or, just draw a picture with one finger in your choice of 7 colors.

Handwriting’s another cool and relatively new feature that also appeared first on the Apple Watch. I sometimes prefer handwriting (fingerwriting?) my replies to iMessages. To do it, my iDevice needs to be in landscape mode (long edge parallel to the ground). When it is, a new key that looks like the letter “e” in cursive and upside down, appears on the virtual keyboard. Tap it and you can write on the screen with your finger. When you run out of space, tap the > icon to enlarge the canvas. Or, choose one of the pre-made responses at the bottom of the screen.

Finally, to add a little pizazz to your messages, you can send them with bubble or full-screen effects by pressing and holding the little blue “send message” arrow-in-a-circle instead of tapping it. That will display the Bubble Effects screen. Tap an effect—slam, loud, gentle, or invisible ink—to preview it; tap the blue arrow-in-a-circle to send it.