With the holiday season in full swing, here’s my top gift suggestion for any music-lovers in your life. My number one gift pick this year is a subscription to Apple Music, Apple’s subscription music service that offers more than 30 million songs. Subscribers can stream or download unlimited music to Apple devices as well as many non-Apple devices including Windows PCs and Android phones and tablets. 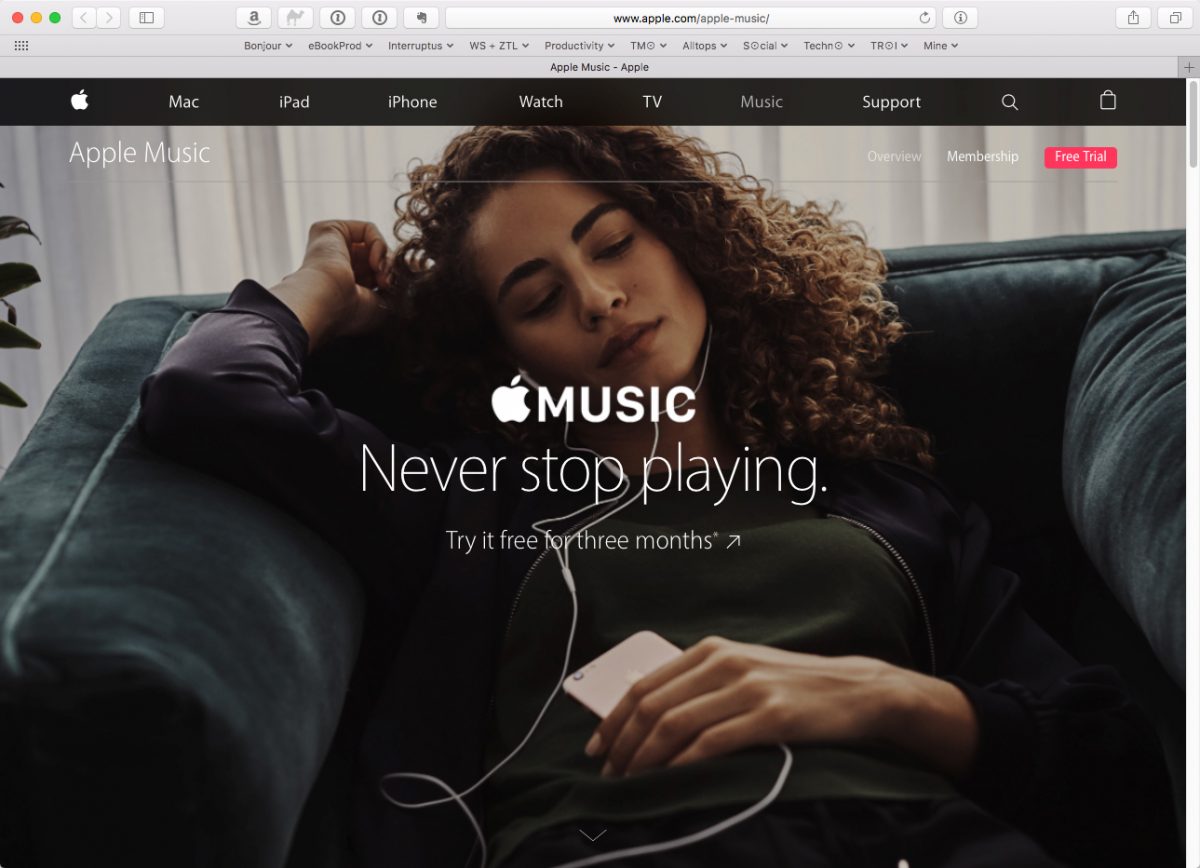 I spend a lot of quality time with Apple Music every day; here are four things I love about it:

First and foremost: If I can think of a song title (or part of a song title or even the artist’s name sometimes), I can usually find the song in a few seconds and be listening to it a few seconds later. I also love being able to search for music by genre and year—such as, “rock hits from 1973,” “jazz from the 1950s,” or “space-age bachelor pad music” to name a few I’ve used lately. I also like that searches often reveal curated playlists you can save for future streaming or download for offline listening.

Which brings me to the second thing I love about Apple Music: Siri. I mean, sure it’s cool to search 30 million songs by genre, year, or artist, but it’s cooler to say, “Hey Siri! Play rock hits from 1973,” and make it so.

I ask Siri to play music for me almost every day and I love this feature more every time I use it.

And the fourth thing I love about Apple Music… is sharing albums and playlists with other subscribers, especially my wife, and kids. Now, when I come across a song, album, or playlist one of them might enjoy, I send them a link, which they can listen to immediately and add to their music libraries if they care to.

If you prefer not to give monthly subscriptions as gifts, consider an iTunes gift card instead. They start at just $10 and can be redeemed on Apple Music, iTunes, iBooks, as well as Mac and iOS apps.