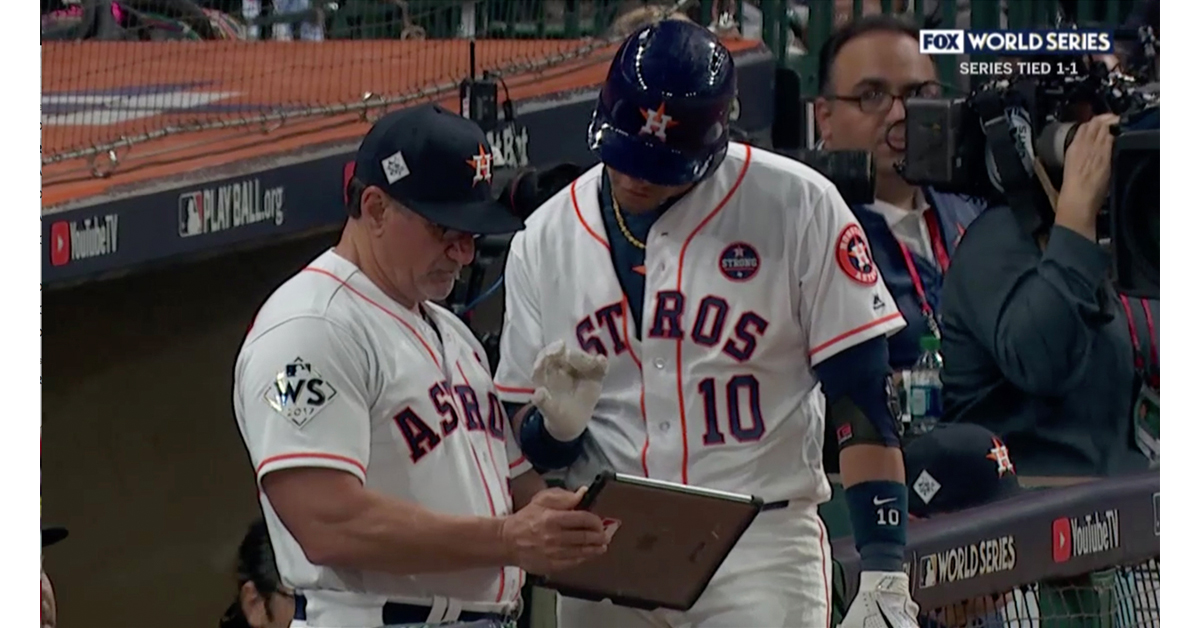 I got an interesting email last week regarding Blast Motion, the company behind the $149.95 Blast Baseball package, which is “The Official Swing Sensor of the Houston Astros” and, “The Official Bat Sensor Technology of Major League Baseball.”

The message’s subject was, “Houston Astros’ Carlos Correa technology use.” Since I’m not a huge sports fan, it nearly got deleted without reading… but, I am a huge nerd, so I took a peek and found it fascinating.

I wanted to know more, so I contacted Blast Motion and asked a few questions:

How do you become the “Official Bat Sensor Technology of MLB?”

In 2016, following an extensive vetting process, Blast was selected as the “Official Bat Sensor Technology of Major League Baseball.” In comparison to other competing technologies, Blast sensors were proven to be the most accurate, as validated through testing performed by The Center for Human Performance, in additional to being the easiest to use.

Are there additional costs (beyond the $149 sensor)?

Blast Baseball features a sensor, mobile app, bat attachment and wireless charger packaged together for $149.95. The mobile app is free to download on your iPhone, Android Phone, or iPad, and when paired with the sensor, it’s used to collect swing data and videos. We also offer coaches and players the premium option to subscribe to Blast Connect software services ($100/year for coaches; $59.95/year or $6.95/month for players).

Did the Astros use any additional hardware or software or the same iOS app and sensor as everyone else?

The Astros and other MLB Teams use the same sensor technology (hardware) as consumers. However, Blast has developed a set of Pro Apps and Services optimized for MLB teams. The Pro Apps include additional features and functionality requested by MLB organizations and the Services include access to more granular data for advanced analytics by MLB front offices.

I love that! Anyone who cares to can use the same technology the Astros use without paying an arm and a leg.

Finally, here’s what Astros shortstop Carlos Correa has to say:

Using Blast Baseball on my iPhone and iPad has been an incredible addition to my training routine. I’ve been able to see my swing in an entirely new way, and have been able to make changes to get better. I love seeing the stats which can actually quantify my improvement. It’s also fun to compare between some of the other guys on the team and see how we each stack up!

One last thing: The iPhone X I ordered from T-Mobile at 10 AM on Friday, October 27 (see last week’s column), arrived on Friday, November 3. So, I got mine the same day as folks who woke up in the middle of the night to order from Apple.