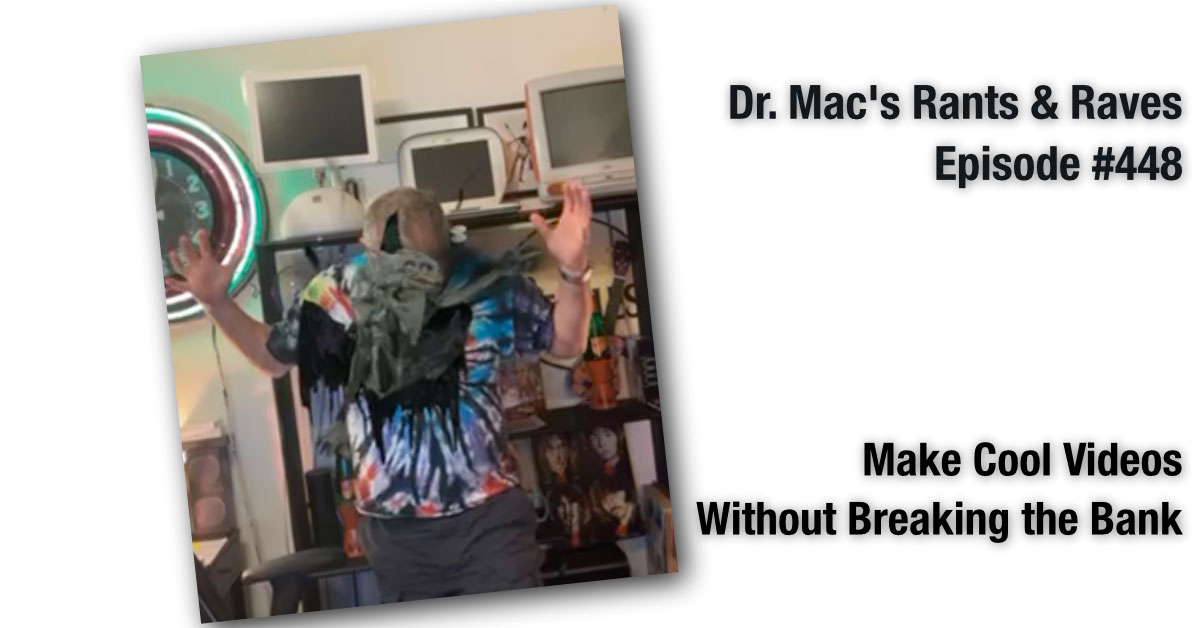 I love shooting videos with my iPhone. And, although I could edit video on my phone with iMovie for free, I often use one or more third-party apps to enhance my videos in ways iMovie cannot. I mostly rely on two iPhone/iPad apps—Action Movie FX (free) and LumaFX ($1.99) — to create jaw-dropping videos entirely on my iPhone.

When it comes to having fun with the video I shoot, Action Movie FX from Bad Robot Interactive is my favorite thing and has been since its introduction nearly a decade ago. It offers Hollywood-style special effects — explosions, aliens, natural disasters, spaceships, and more—to video shot with your iDevice.

You start by selecting a scene — Alien Burst, for example — and the app displays a camera interface with a target indicating precisely where the effect will appear. In Alien Burst that effect is a terrifying creature that tears its way out of whatever (or whomever) you target before it leaps forward and smashes the lens.

The video and audio effects, created by Industrial, Light & Magic and Skywalker Sound, make every scene look and sound more theatrical than you expect.

While it includes eight free big-screen effects such as Bombing Run, Spider Strike, Car Smash, Demolition Rock, and Star Wars’ BB-8 Spark, the optional $1.99 FX Packs are even more fun. I’ve sprung for the Mega FX Pack (20 effects for $1.99) and most of the others—sci-fi, disaster movie, nukes, Star Trek, and Star Wars packs—for $0.99 to $1.99 each.

For well under $20, I’ve had more fun with Action Movie FX than perhaps any other app on my iPhone. Try it for free—you have nothing to lose.

While Action Movie FX is superb at creating short scenes with Hollywood-style special effects, it’s a one-trick pony and that’s it’s trick. To actually edit, add transitions, color correct, or do any one of the million things I do to make my clips look better, I turn to LumaFusion ($29.99) and use it to add customizable effects layers like blurs, pixel effects, distortions, color corrections, and more. It’s fast and fluid even with multiple video and audio effects layers in a project. And, it handles up to 4K resolution without breaking a sweat on my iPhone 12 Pro Max.

With myriad presets, styles, and effects, I get excellent, professional-looking results in record time. And, with keyframe support for most of its effects and parameters, it’s surprisingly easy to animate audio and/or video effects.

One last thing: If $29.99 strikes you as expensive for an iOS/iPad OS app, consider that LumaFusion does almost as much (if not more than) Final Cut Pro ($199) and does it on your iDevice. (For what it’s worth, you can’t buy an iOS/iPadOS version of Final Cut Pro at any price—it doesn’t exist.)

There is One More Thing…

I’d be remiss if I didn’t at least mention my favorite video camera, FiLMiC Pro ($14.99), which offers superior manual controls and feedback, plus myriad monitors and adjustments you won’t find in the Camera app.

Thanks. What is the best application to easily and intuitively edit videos? For instance, to remove frames or parts of videos or clips downloaded from Internet.

That is great for teaching purposes at the University.

I use the Finder’s Trim feature for quickly editing start and end points! For anything that requires more than that, I turn to Final Cut Pro (Mac) or LumaFusion (iPad). If I didn’t own and know how to use FCP and LF, I’d probably use iMovie cause it’s free and can handle most editing needs. I hope that helps.

Thanks. I have found “Movavi Video Editor Plus 2022” after testing many applications for Mac, and it seems the best option for what I was looking for (intuitive and powerful).