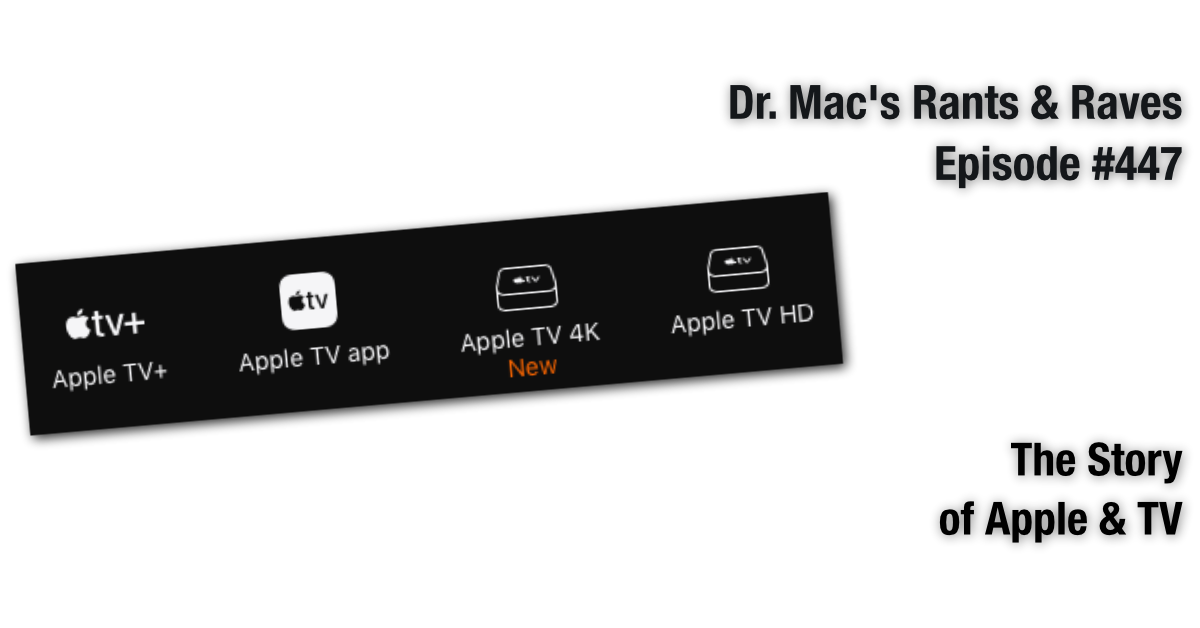 Apple currently offers at least three products with “TV” in their name—Apple TV (a hardware media player); the Apple TV app (preinstalled on iPhones, iPads, Macs, and Apple TVs); and Apple TV+ (a subscription video-on-demand service with all original programming). To avoid confusion (I’m looking at you, mom…), here’s a quick rundown on these three ever-so-similarly named Apple offerings and what each one does:

Apple TV media players, introduced in 2007, have been around the longest of the three. The current lineup—Apple TV HD ($149) and Apple TV 4K (from $179)—connect to a television via HDMI and provide access to streaming content from Hulu, Netflix, Disney+, HBO Max, and many others, as well as live tv from providers including YouTube TV and Sling TV. Finally, you can play games on an Apple TV, including most Apple Arcade offerings (180+ games with no ads or in-app purchases for $4.99 a month), although many games require a third-party Bluetooth controller. And, with a built-in app store, there’s always something new to explore. 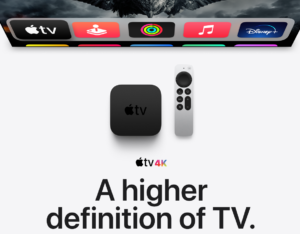 Here’s the thing: We replaced the big screen TV in our bedroom with an LG smart TV a couple of years ago and realized we might not need Apple TV anymore. Our smart TV offers similar programming, including Hulu, Netflix, Disney+, YouTubeTV, and even Apple TV+ (see below). Since the smart TV has an App Store (like the Apple TV) and a better remote with additional features, we’re likely to ditch the Apple TV soon.

According to Apple, the free Apple TV app, bundled with iPhones, iPads, Macs, and AppleTVs for years, gives you “All of your TV. All in one app.” In other words, it offers a curated selection of movies and TV shows to stream, buy, or rent from many popular services and providers. 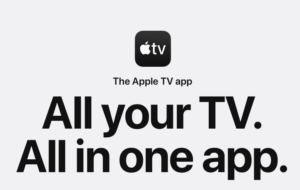 It’s close, but no cigar. Netflix isn’t one of those services, so we rarely launch the Apple TV app on any of our devices unless we’re watching something on Apple TV+

Finally, the latest Apple product to include “TV” in its name is Apple TV+, a streaming video service featuring all original content for $4.99 a month. We were unimpressed at first but have since found several shows we like or love. With its 20 well-deserved Emmy nominations, Ted Lasso is probably the best-known. But, I think Mythic Quest, created by It’s Always Sunny in Philadelphia’s Rob McElhenney, is more fun. And, for those who enjoy the occasional musical (as we do), check out the animated series Central Park, voiced by Josh Gad, Leslie Odom Jr., Stanley Tucci, and other Broadway legends. Finally, don’t miss Schmigadoon, the musical live-action fantasy from Saturday Night Live producer Lorne Michaels, another program we adore. 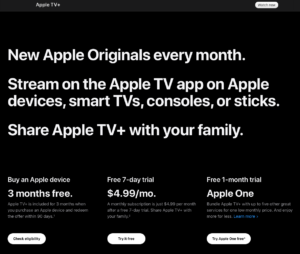 A 7-day free trial of Apple TV+ is available to all, and you’ll receive three months free with the purchase of an eligible Apple device (https://www.apple.com/promo/).

You should now be able to identify Apple TV, Apple TV+, and the Apple TV app and discern between them in the wild.

There is no “Apple TV App” there is a “TV” app so the naming confusion is a tech media fallacy. Comparing an AppleTV with streaming sticks is like comparing a smart speaker with a Bluetooth speaker. Apple has clearly outsourced the ‘low end option’ to TV/box manufacturers with the availability of the TV app/AirPlay2 so are unlikely to release a stick. What’s right? The point of difference for the AppleTV is tvOS & it’s Apps. The tvOS UI is still ahead of the competition; top shelf previews are way slicker than Android TVs Netflix-style rows, Siri search more than delivers… Read more »

“We were unimpressed at first but have since found several shows we like or love.”

I have found that a number of the shows are nail biters, Mosquito Coast, Tehran, and some others.

Which, as it happens, are both in my queue. 😜