When I began work on GarageBand For Dummies Second Edition, I discovered something shocking (at least to me): GarageBand on iDevices bears little resemblance to GarageBand for the Mac.

They’re so different, in fact, that the iDevice version should have been called something like, “GarageBand Touch” or “GarageBand Mobile.” Yes, that different.

When I demonstrated the iPad version at a recent CapMac (my hometown user group) meeting I was amazed at how many people had never seen GarageBand on an iDevice. Many had tried GarageBand on a Mac and found it too complicated.

When they saw how easy it is to make music with GarageBand on the iPad, everyone said they were going to give it a try.

So, if you ever wanted to make a song, GarageBand for iDevices is likely the easiest way, (and it’s definitely more fun and easier than the Mac version).

Smart Instruments are the first and most significant difference. On the Mac, you can only record a part you can perform. So, on the Mac, when you want a guitar part in your song, you better be able to play it on a guitar.

Smart Instruments are virtual instruments designed from the beginning for a touchscreen. The Smart Guitar, for example, offers buttons for chords along with onscreen guitar strings. 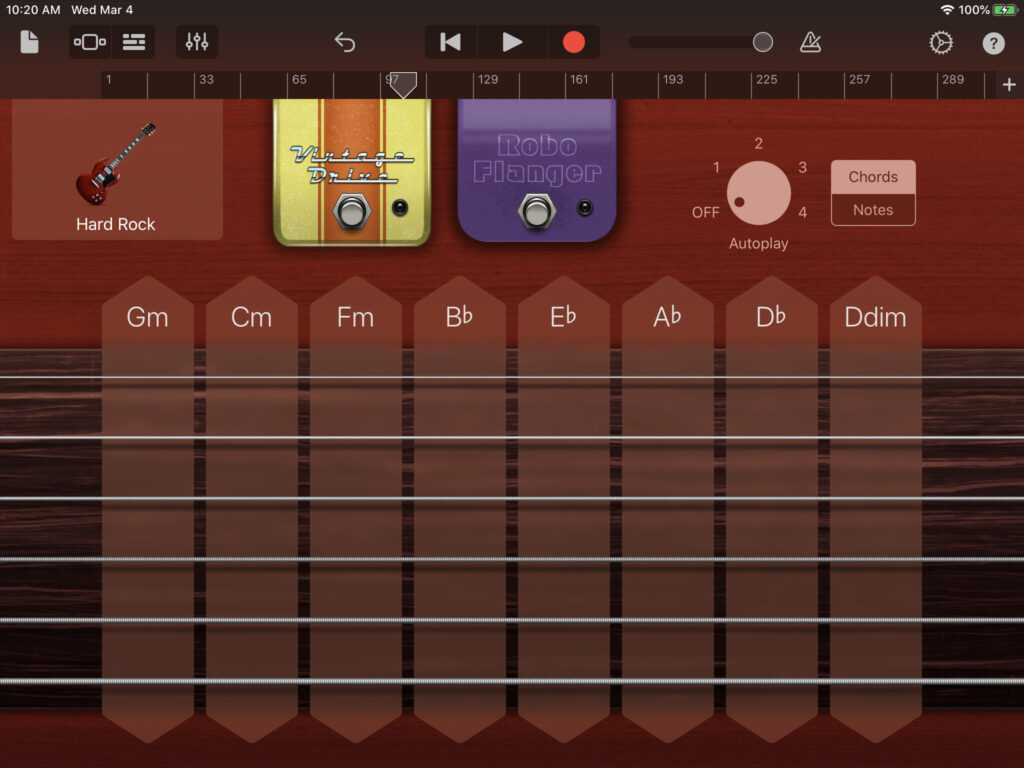 Tap to play chords or notes, swipe to strum or let Autoplay fingerpick for you (in one of its four styles).

Play a chord by swiping the strings or tapping the buttons; play a note by tapping a string.

The best part of Smart Instruments for me is autoplay. When enabled, all you do is tap the proper chord at the proper time. Autoplay then picks or strums the strings in one of four available patterns, which all sound far more polished than anything I could play on my guitar. 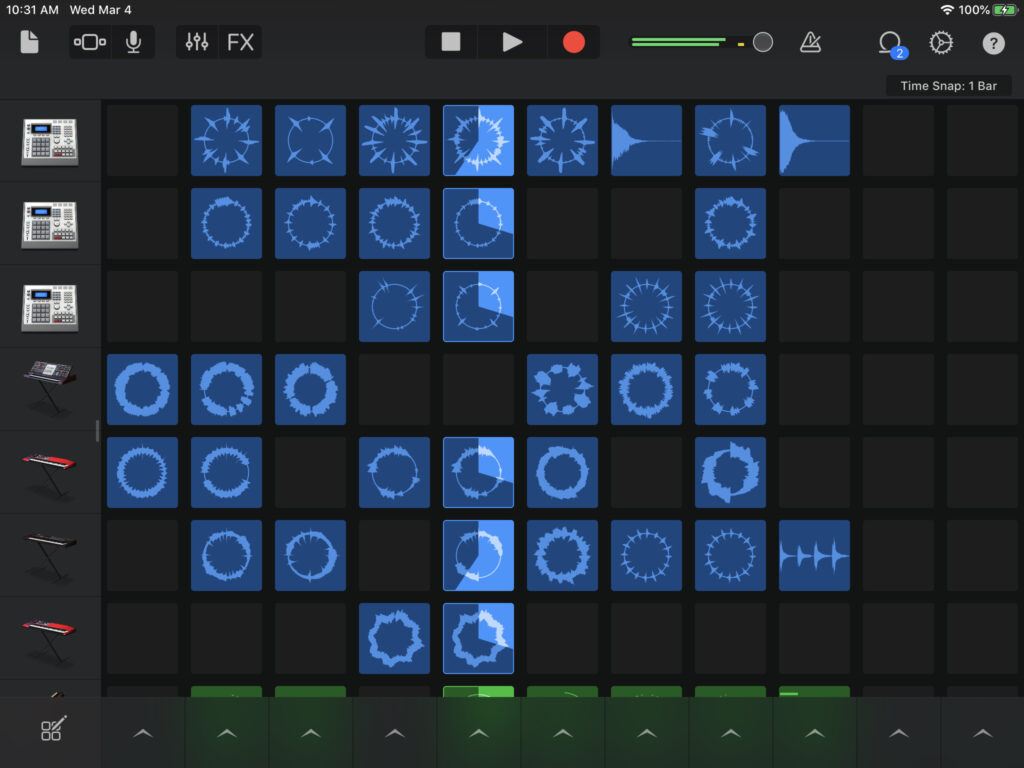 Tap a cell to play it or tap the ^ under a column to play all its cells.

GarageBand on an iDevice lets anyone with at least two fingers create great-sounding music. If you like music, you’ll have fun even if you don’t know the first thing about making music. Isn’t that cool?

GarageBand is a free download in your iDevice’s App Store.

There is one last thing… Listen to what a non-musician (that would be me) can create with just a Smart Guitars and Smart Drums. This short clip (under a minute) is my attempt to play a popular song from my youth on the Smart Guitar and Drums.

The first reader to identify the song (in the comments below) will win a copy of Working Smarter for Mac Users.