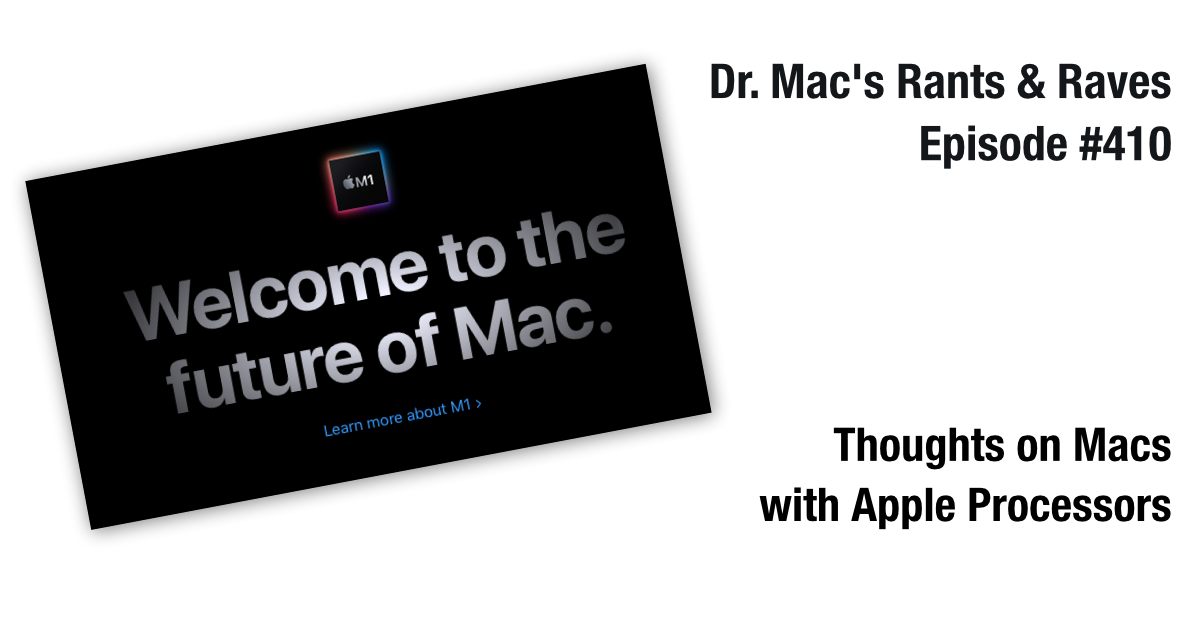 Apple recently introduced three new Mac models that eschew the Intel processors we’ve relied upon for over a decade. The three new models are all powered by Apple’s new M1, alleged to be the most powerful chip Apple has ever produced and the first designed specifically for the Mac.

I have yet to touch an M1-powered Mac, so if you watched the 50-minute event or browsed Apple’s website recently, you probably know as much as I do.

I want one, but there are a couple of things I need to find out more about before I commit:

First and foremost, Apple’s Boot Camp, which enables Intel-powered Mac to run Windows (and other operating systems), relies upon your Mac having an Intel processor. So, it’s unlikely you’ll be able to boot into Windows on M1-powered Macs.

On the other hand, Parallels is in active development of its Parallels Desktop virtualization software that runs natively on M1 Macs (visit parallels.com for details).

Another thing to consider is that all Mac apps will have to be updated to run natively on M1-powered Macs. While Apple’s Rosetta 2 technology will allow most Mac apps to run on M1 Macs without updating, history suggests that some apps will run better than others under Rosetta 2 and that some apps may not work correctly.

While all of Apple’s applications have been updated to run natively on M1, if you rely on third-party apps to get things done, I urge you to confirm that those apps run properly on an M1 processor. The good news is that RoaringApps (roaringapps.com), which hosts a crowd-sourced list of apps that have been updated for M1, is a great place to start.

The bad news is that there were fewer than two dozen apps on the list when I looked (not surprising considering I wrote this column before M1-based Macs became available).

Bottom line: If you’re considering a new M1-equipped Mac this week (or month), give some thought to emulation and Rosetta 2 before you decide.

I’m Not Trying To Be Negative

I’m not trying to dissuade you from M1-equipped Macs… I just wanted to call your attention to things that may not work as expected, especially in the beginning.

That being said, I am looking forward to switching to an M1-equipped Mac so I can render Final Cut Pro timelines up to 6x faster; watch up to 20 hours of video playback without recharging; edit 4K video without dropping frames; and run iOS and iPadOS apps on my Mac for the first time.

That’s all for now; I’ll tell you more once I get my hands on one.

6 thoughts on “Thoughts on Macs with M1 Processors”