I recently started using a pair of useful and free utilities—Rocket and Vanilla—that I heard about on one of my favorite podcasts for nerds, Mac Geek Gab. Both are Mac apps created by a guy named Matthew Palmer, who describes himself as “a full stack software engineer who loves to make things for people.”

I don’t know Matthew, but I can tell you that his two little apps are elegant and useful. They remind me of the olden days, when freeware and inexpensive try-before-you-buy software was the rule rather than the exception it is today.

Both apps offer free and pro versions. The free versions of Rocket and Vanilla are both exceptional and useful, and both can be unlocked to provide even more useful “Pro” features for five bucks or less.

Let’s start with Rocket, which is an emoji picker for your Mac. If you’ve ever used the Apple Character Viewer (aka Emoji Picker) by pressing Command + Control + Space, you know it looks like it was written in the 90s. It isn’t only ugly, it also isn’t particularly adept at finding or typing emoji quickly.

Rocket makes finding and inserting emoji into whatever you’re typing ever so much easier. Start by typing the trigger key—the “:” (colon) by default—and then begin typing the name or description of the emoji you’re looking for. As you type, a list of matching emoji appears directly beneath your cursor. It’s elegant, neat, and far easier than opening, and then browsing or searching with the Apple picker. 🤓 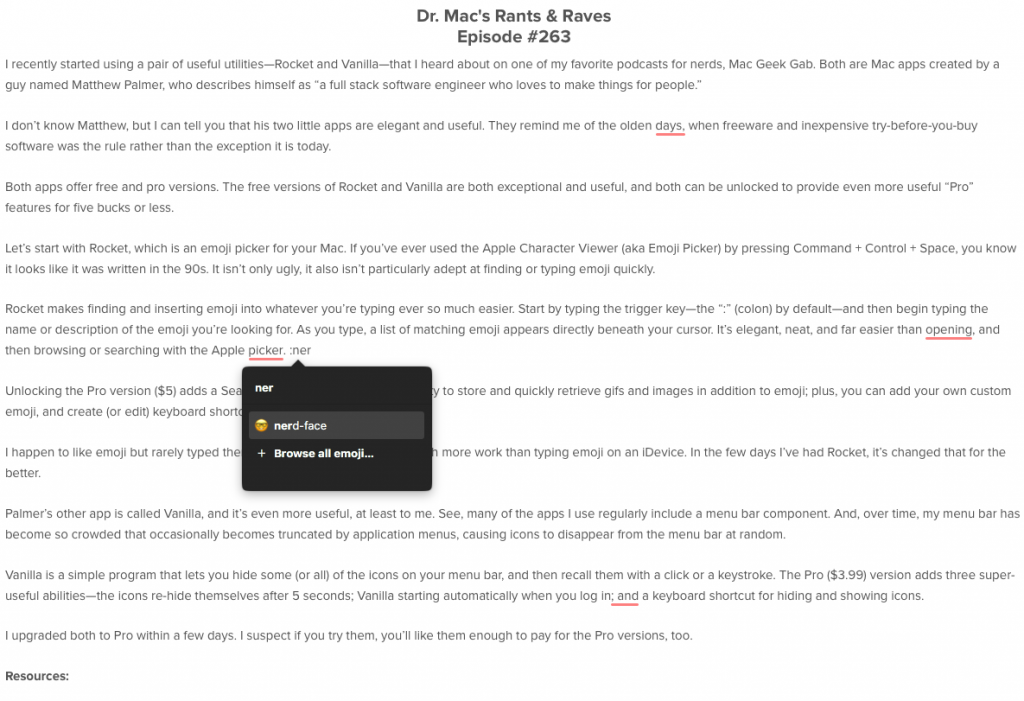 Rocket is so much easier than the Apple Character Picker.

Unlocking the Pro version ($5) adds a Search and Browse window; the ability to store and quickly retrieve gifs and images in addition to emoji; plus, you can add your own custom emoji, and create (or edit) keyboard shortcuts. 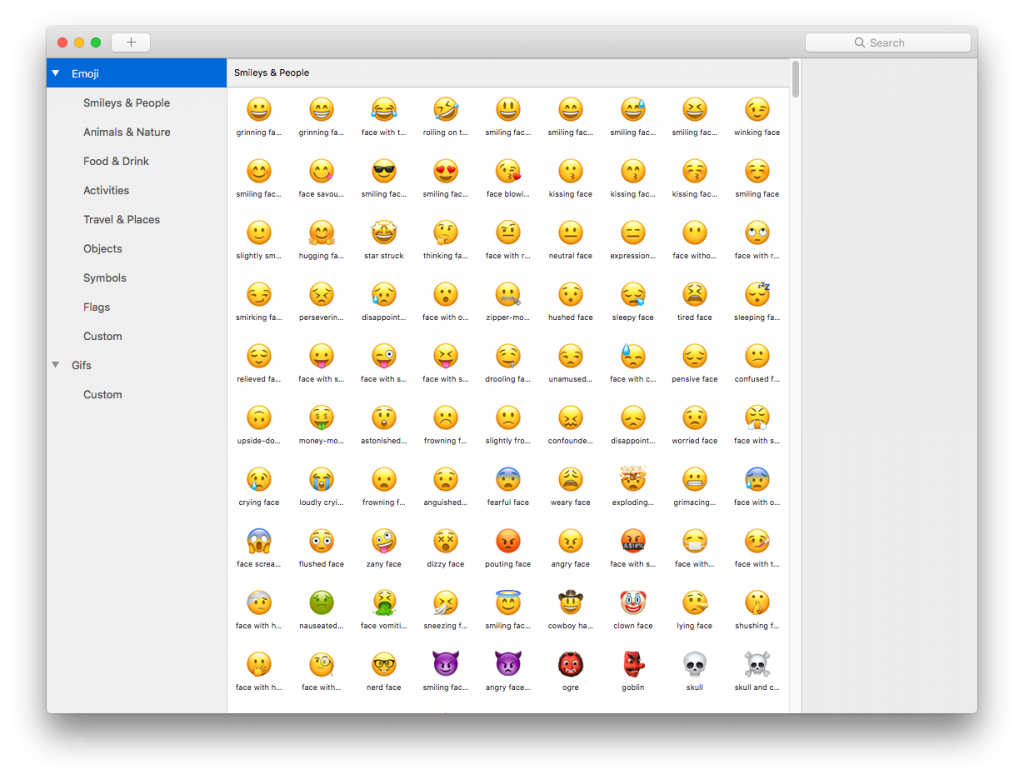 The Pro version of Rocket adds a search window and other goodies.

I happen to like emoji but rarely typed them on my Mac because it was much more work than typing emoji on an iDevice. Rocket changes that for the better.

Vanilla is even more useful, at least to me. See, many of the apps I use regularly include a menu bar component. And, over time, my menu bar has become so crowded that occasionally becomes truncated by application menus, causing icons to disappear from the menu bar at random.

Vanilla is a simple program that lets you hide some (or all) of the icons on your menu bar, and then recall them with a click or a keystroke.

The Pro ($3.99) version adds three super-useful abilities—the icons re-hide themselves after 5 seconds; Vanilla starting automatically when you log in; and a keyboard shortcut for hiding and showing icons.

This is my menubar with and without Vanilla… Any questions?

I upgraded both to Pro within a few days. I suspect if you try them, you’ll like them enough to pay for the Pro versions, too.

I don’t know. That would be nice, but until someone (or Apple) makes it, Rocket is better than what we have (at least on the Mac). 😜 <–inserted with Rocket…

Why not just have an icon to pick an emoji like on the iPhone and iPad? That would be easier than trying to type a description of one to bring it up.