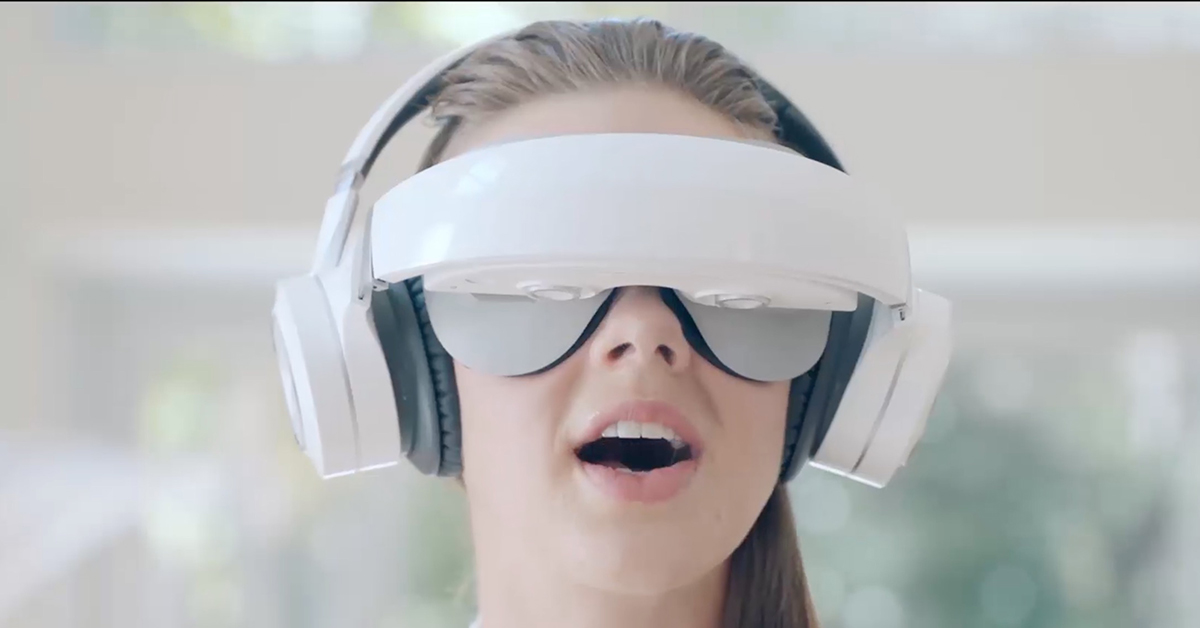 I’ve tested a lot of products in the 20+ years I’ve been writing this column. Just when I thought I’d seen it all, a press release arrived touting something I’d never seen before:

Of course I had to try it, and while I might argue about the 800-inch part, the rest of the description is accurate.

Royole Moon: Close, but no Cigar

Available in black, gold, or white, the Royole Moon combines high-end headphones with goggles containing a pair of super-high resolution AMOLED displays with high contrast ratios (10,000:1), over 3,000 pixels per inch, and an ultra-speedy response rate (0.01ms).

I tested a white one, which looks a bit like an Imperial Stormtrooper’s headpiece, and I was impressed. Wearing the Royole Moon is an immersive experience that simulates a giant, curved, high-definition screen that fills your field of vision while crystal-clear audio fills your ears.

The headphones and goggles are covered in soft, padded leather (or leather-like) material. A cable comes out of the right earpiece and connects to a little silver box about the size of an iPhone. That houses the Moon’s 5-hour battery, 32GB of storage, and an operating system complete with Bluetooth, Wi-Fi, and a built-in web browser.

Sounds good so far, don’t you think? Everyone I tested it on agreed that 2D and 3D movies looked and sounded spectacular and I agree.

But…there are a few reasons I can’t recommend the Royole Moon:

The bottom line is that the Royole Moon is a pretty cool concept, but far too flawed to recommend.