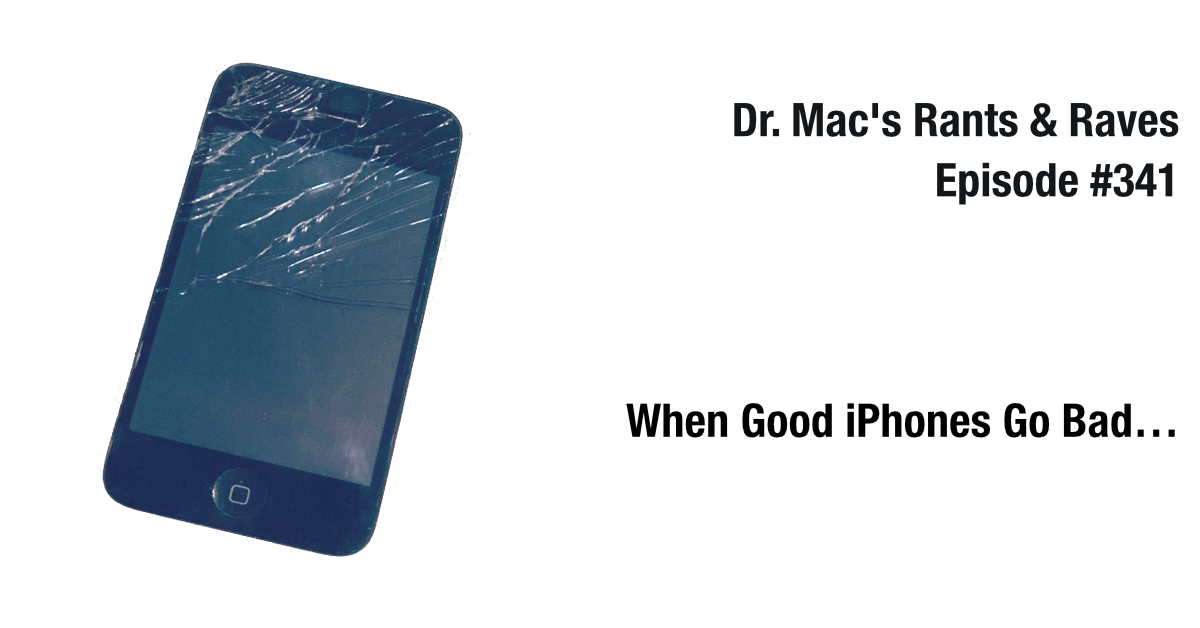 I’ve used an iPhone for more than a decade (since June 29, 2007, to be precise). In that time, I’ve used 11 or 12 different iPhone models, and all had been pretty much reliable…until last week.

Last week the iPhone X I’ve had for 18 or so months developed a swollen battery. While it was still working, it obviously needed repair…so I used the Apple Support app (on my iPhone and highly recommended) to snag an appointment at the Genius Bar in a few hours.

My visit was as pleasant as could be under the circumstances; my Genius was well-informed and sympathetic; and I left the Apple Store with a new iPhone (free) within 30 minutes.

That Was When The Stuff Hit the Fan…

I was thrilled that the incident only cost me a couple of hours until I restored my iPhone from an iCloud backup. That was when things went wonky. First, the iPhone began restarting itself spontaneously. It only happened a couple of times that day, but by the next day it was restarting every few minutes while the battery indicator fluctuated between 0% and 90%.

I made another appointment and returned to the Apple Store. The Genius restored the iPhone to factory condition and ran some diagnostics. Then he told me something that made my heart drop… the problem was corruption in my iCloud backup and he recommended I NOT restore from a backup this time.

The problem is that I have many hundreds of apps on my iPhone (don’t judge), all carefully arranged in folders spanning 11 home pages. Downloading them again from the App Store and then rearranging them would take days. But, before I could download a single app, the iPhone began restarting spontaneously again, with the battery indicator again bouncing between 0% and 90+%.

The Third Time’s a Charm

A third Genius Bar appointment netted me a second new iPhone X (also free). Since the third Genius hadn’t specifically warned me not to, I restored the iPhone from my iCloud backup and crossed my fingers.

So, as it turned out, my iCloud backup was not corrupted. The whole ordeal was a hassle, but I learned two valuable lessons:

For what it’s worth, I planned to try restoring the second iPhone from the iCloud backup in spite of the Genius’s admonitions, but it flaked out before I could even try. I guess I was lucky—by flaking out it saved me days of downloading apps unnecessarily.

Bob: Those are both good lessons, but your first is particularly important. I hadn’t really thought about doing a backup to my Mac in years, as my iCloud backups have gone flawlessly and have been so bloody convenient. I can safely move about the planet using my new device while my backup is running. Given the increasing bifurcation between iOS and iPad OS, your advice could just as easily be applied to the iPad. If so, this gets into real storage real estate, for which I hadn’t planned. That’s a failure on my part, in that I would never consider… Read more »

Sorry to be the bearer of bad news… but glad I could help. :-p