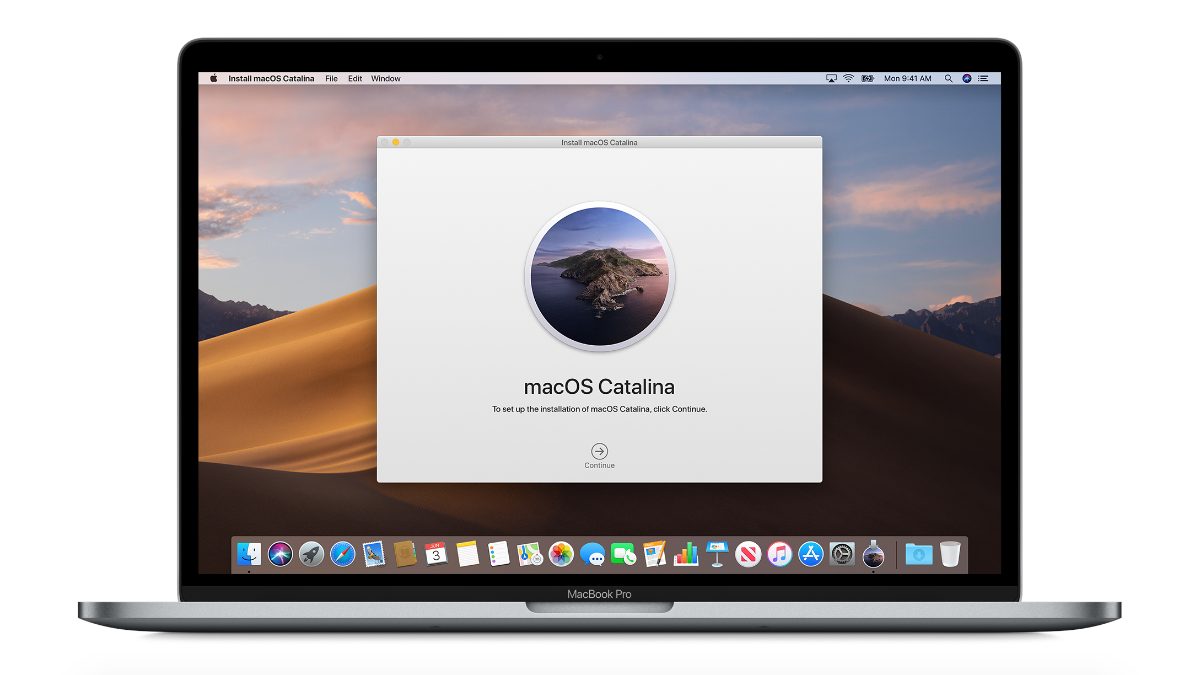 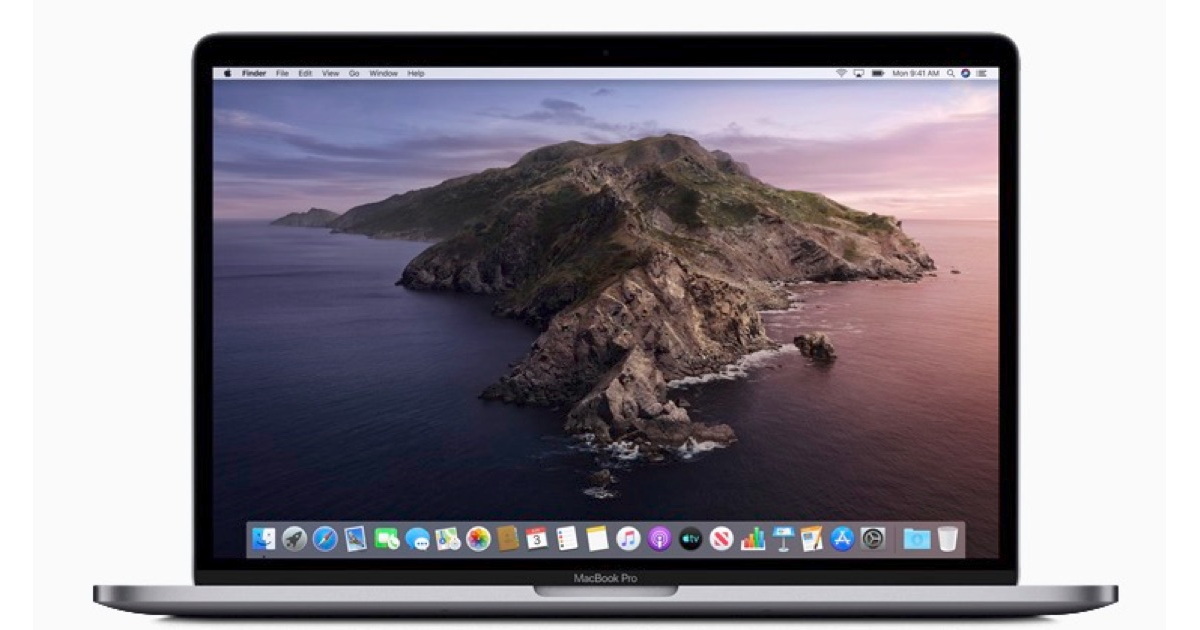 It’s getting to be quite a process to upgrade a Mac to a new version of macOS. Here are three things that could make the process less nerve-wracking and increase user confidence.

In the early days of macOS (Mac OS X), there were some major, necessary architectural shifts that were required to bring full maturity and functionality to this UNIX/GUI hybrid OS. Some of these are nicely documented in “Apple’s Technology Transitions” by Martin Pilkington.

Examples include updating the Directory Services (used by NeXT), weaning away from Classic Mac OS/Rosetta, and moving away from the Carbon APIs. Along the way, these major, essential architectural shifts were handled with dexterity and grace by Apple. Mostly, the changes were transparent to Mac customers.

Today, however, the scope of macOS is much, much greater. Accordingly, major architectural changes demand a lot of knowledge and preparation by the user. Often, the workload can be imposing, more suitable for an experienced IT manager than the average user. A notable exception is the transition from HFS+ to APFS. For the users, that went pretty well. (Some developers have had some issues.)

After this macOS Catalina upgrade, leaving 32-bit apps, behind, I would think that Craig Federighi would be very much disinclined to put users through any more, major, traumatic upgrade adventures. Those would most certainly drive many customers away from the Mac. As Dr. Don Norman, a former Apple User Experience Architect from the 1990s noted, “my mother doesn’t understand the UNIX command line.” And, I would add, she shouldn’t have to be an OS engineer to do macOS upgrades.

Here are three things I’d like to see Apple do to make future upgrades of macOS just as painless and reliable as iOS/iPadOS, etc.

Preflight. Mac users mess with their system. They reorganize. They can often do things Apple doen’t expect and get away with it. That’s the beauty as well as downside of macOS. Then, when it comes time to do an upgrade, the naive installer, expecting everything to be tidy and orderly, trips up.

I’d like to see a preflight app that must be run before an upgrade. Based on Machine Learning of crowdsourced, anonymous Mac data, it looks for irregularities in the organization of files and anything else that could trip up the installer. When done, report is displayed that summarizes the state of the system and makes recommendations for pre-upgrade adjustments. That way, the user can be confident moving to the next phase.

Progress Bars Gone. Progress bars are lightweight ways to alert the user about progress when it comes to a short task. Say, an app install. They really shouldn’t be used in a mindless fashion for an upgrade process that takes the better part of an hour. They tell us nothing—except when they freeze.

macOS upgrades should have an option to echo an install log to the Mac’s display. Not only would it better inform the user of what’s going on, but if there’s a problem, the log could suggest what went afoul. Linux does this. Now, I’m not saying that ordinary users should be exposed to deep UNIX-speak. But specially written headers, written in plain English (or, of course, local language) could provide an outline, a running story so-to-speak, as things move along.

Today, users are left in Limbo, anxious, fingers crossed, blind for 45 minutes. A blow-by-blow report would at least let the user feel informed. Less nervous. Frankly, this should have been done years ago. It demonstrates respect for the user.

Postflight. Often, users become alarmed about or unprepared for what they’ve gotten themselves into when moving to a new macOS version. Something important is missing. Something important doesn’t work. Something is confusing or even unsavory. In fact, given how Apple (mis)uses notifications, the upgrade may have been conducted quite by accident.

For a period of time after a major macOS upgrade, the OS should provide an “out.” The user is asked, “Do you wish to revert to the previous version of macOS?” EXACTLY AS IT WAS. Eventually, a time soon comes when there’s a final chance. If the user agrees, with no required interaction, or fussing with Time Machine, the previous state is auto-restored.  Hands off. The user can then reflect and rethink. Perhaps better prepare. What’s the downside here? But there’s a big upside. A major OS upgrade can be approached with much more confidence.

These techniques are well within Apple’s engineering capabilities. All they require is the inspiration and motivation that the macOS upgrade process should be brought out of the olden times of simple-mindedness and false-pampering and into the modern era of what our new hardware and technologies promise us. Proper preparation, informed participation, confidence, and easy recovery and reversibility.

John, I totally agree with your suggestions/requests/demands? to Apple. The install progress bar is useless and in fact, is worth than useless in that it either misleads the user about the progress or scares the user by showing a lack of progress for too long a period of time. Preflight and Postflight information is definitely needed to put the user (all levels) at ease. I really like the Postflight idea. Apple should have told me that it removed the column headers in the Catalina Mail app so that I could no longer adjust column widths in a list view. That… Read more »

John: Your three suggestions for improvement on the user experience for macOS installation are brilliant. While I concur that all three options at least should be within Apple’s capacity, there is no doubt that the preflight option, using machine learning to run a diagnostic on one’s system and provide suggestions for fixing known or suspected problems, along with links for ‘how-to’ as needed, is clearly within their capability. And knowing that one had the option to snap back to the pre-installation configuration, even if time-limited, would reduce the upgrade to no more than minimal risk. The only addition one might… Read more »

I would love an option at install time to CHOOSE whether or not I want the dozens upon dozens of useless fonts to get installed. I speak English, I shouldn’t be forced to have 50 foreign language fonts installed with no way (under Catalina) to get rid of them.

While this is one simple thing, it’s part of overall transparency and user choice that Apple’s OS installer lacks.

Apple should release documentation about how to write to APFS disks:

DiskWarrior 5.2 & Apple File System (APFS)
What’s in the works
The next major release of DiskWarrior will include the ability to rebuild APFS disks. Apple has recently released the “Read” portion of the APFS format documentation. Our developers are now waiting for the “Write” portion of documentation to update DiskWarrior to be able to safely rebuild Apple File System (APFS) disks.
https://www.alsoft.com/diskwarrior5apfs

Please, send feedback to Apple about it:
https://www.apple.com/feedback/macos.html

I’m not a professional but I think Apple should do more on documenting / explaining the changes and the new features . Catalina’s Gatekeeper, Xprotect & Co leave the users in the dark. Also this strict periodical release with new name and wallpaper is not necessary. The new things and features can be made step by step in smaller updates, reserving the name and version number change indeed for major updates. I know that this will remove a lot of substance at WDCC speeches but Apple is creative enough to solve this.

The title on this piece is “3 Cool Ways Apple Could Make Major macOS Upgrades Easier”. In contrast to what you’ve written, I think its pretty clear that John is not trying to tell Apple what it MUST do in order to succeed. He’s simply suggesting ways Apple COULD improve various aspects of the upgrade process to make it even EASIER. IMO, there’s a big diff between these two! Re this comment: “[n]ot one of these sites publishers or writers EVER formed a company and made it successful to compete against Apple.” Ummm…could it be because that’s not what publishers… Read more »

You know what I love about this site (and so many other Mac sites and Apple writers) writers such as Martellaro over all these years knowing what Apple as a company must do to succeed, as Apple has become the largest company in history doing nothing they write of – ni=ot one of these sites publishers or writers EVER formed a company and made it successful to compete against Apple. BUT they KNOW what Apple must do to succeed. So funny.

But I am glad I stuck with Apple since the stock fell to $13 bucks years ago.