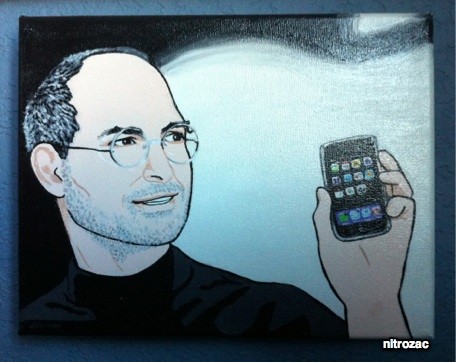 A long time ago, in (what feels like) a galaxy far, far away…I was writing and podcasting at The Unofficial Apple Weblog. Ten years ago when Steve Jobs passed away, I was working on a project with a couple of TUAW editors in Florida, staying at a hotel on Disney property. I was staffing a genius bar of sorts for the rollout of iPads as mobile computing to an organization. While we were there we got both the iPhone 4S event, and news of Steve Jobs’ passing.

Breaking The News That Day Steve Jobs Had Died

I assembled the thoughts of some other TUAW staffers for the site. Mike Rose wrote TUAW’s Eulogy as a bonus link. (Note: These are Engadget links because TUAW content got folded into Engadget after one of the corporate mergers/purchases of AOL.)

One of the things I vividly remember about that moment is being in a room full of people at a presentation which was basically the end of this event. It was the home stretch, then everyone was off to a fun evening. We were standing in the back of the room, and Dave Caolo and I both got phone calls at the same time. We stepped out of the room to take them, and both got the news at the same time. We looked at each other and knew we were both hearing the same thing. We ended our calls quickly, and Dave said he didn’t have IRC on his phone. I did, and handed him my iPhone 3G so he could coordinate coverage with the rest of the staff. I went back inside to see the end of the event, attendees upbeat and excited about the evening ahead. Mike Rose asked me what happened, and I broke the news to him. It was surreal to be in a large room full of cheerful excited people and feeling very sad.

In particular, I remember handing Dave my phone and thinking about how he needed my phone to help report the death of the man who brought my phone to life.

I miss TUAW – it was one of my favorite sites.

Kelly: Thanks for sharing.  I had just awakened in Bangladesh and saw the newsfeed on my iPhone, both BBC and CNN reporting it. My wife called me and asked if I had seen the news. It coincides with her BD, which she lamented.  Although I had never met him, it was not unlike losing a family member.  Commingled with that sense of personal loss was a feeling of liberation, however, for Apple. Not that SJ was holding it back, but rather that a new chapter, full of unexplored possibilities awaited both Apple and the user community. And while we would… Read more »

iPod Hi-Fi; no idea how they didn’t figure out that a circular mouse was a bad idea; it may have failed commercially (probably mainly due to price) but the G4 Cube is a beautiful machine that won design awards (and was exhibited in the New York Museum of Modern Art.) The Mac mini is in many ways a successor to the Cube and became a big hit because of its low price and Apple customers not caring as much about internal expandability as they did in 2000-2001.

Agreed on the Cube, as well as its replacement. I recall thinking, on my next trip back to the US or Europe, I would get one. I also concur with your insight; people back then were far more concerned about expandability and being able to spec upgrade than they are today; in part due to how Apple have helped to reshape consumer expectations.

I still own a Cube, with all the peripherals, it works. Complete with a 20 inch Cinema Display. A work of art. I use the display daily, the Cube not so much.