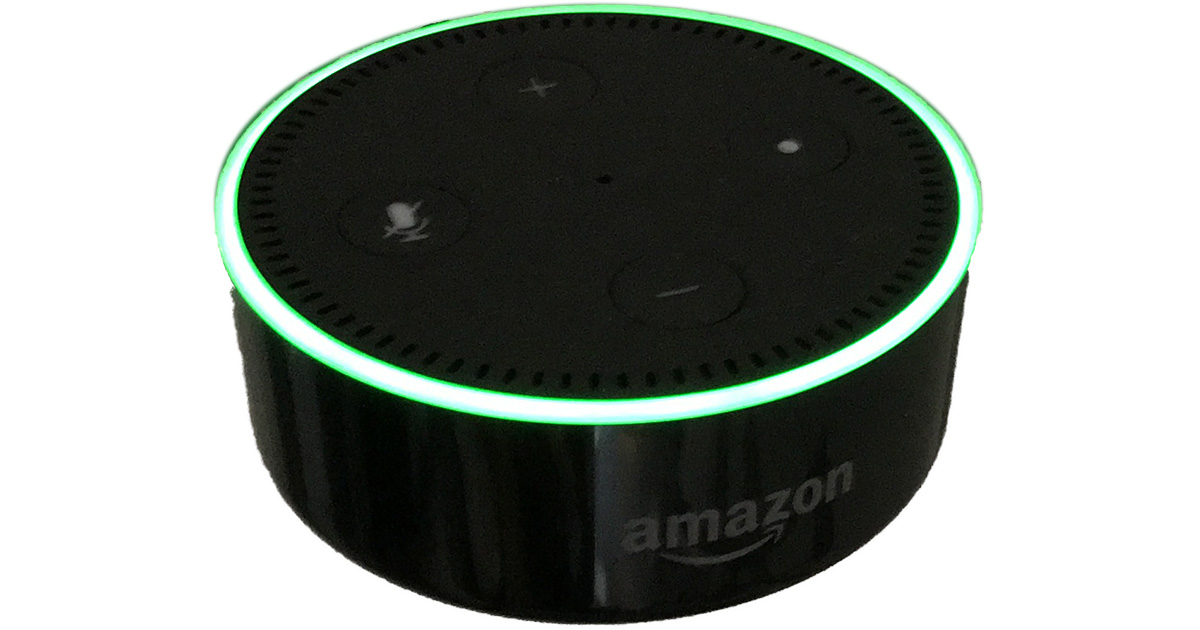 Alexa’s been getting a bit presumptuous*, it seems, having recorded a conversation taking place in the background, bundling it up nicely, and packing it off to a friend of her owner. It’s the kind of story that may not see likely, but Amazon has acknowledged it and offered both an explanation and a promise to make it less likely** to happen again.

The story came courtesy of Seattle TV station Kiro 7, who reported that a conversation about hardwood floors was recorded and sent to someone in their address book.

“My husband and I would joke and say I’d bet these devices are listening to what we’re saying,” said the woman, named Danielle, who apparently didn’t understand that buying a corporate wiretap would involve that device doing what it says it’s going to do.

But it’s cool, bro, because Amazon figured it out, telling Re/code:

That’s totally lolfunny, right***? And while I believe that story (Amazon has the logs to pore over), both it happening and the company’s fervent commitment to maybe making it happen less often does not make me a bigger fan of surveillance capitalism****.

*Well not exactly presumptuous, because that would require some smarts.

**That’s less likely, not unlikely or, shall we say, “won’t happen.” Bless their hearts for the honesty.

If we need an Internet bill of rights, we need to consider a technology bill of rights at the start of the 21st century or at least “Features we’d like Apple, Amazon, etc. to add in ….” We are responsible for shaping our future. AR, VR, Autonomous cars, etc. Remember when there were no traffic lights or seatbelts? This article doesn’t forward a future of responsible technology, it reminds me of a George Carlin skit about God. “The kid got run over by a car, it must be God’s will.” “We gotta catch this God f—–r, that’s the fifth kid… Read more »

Bryan: C’mon, bro! This is totally gut-busting hilarious! A good time is always had anytime an errant email is sent to a random person in your database, more so if it’s an actual transcript of a personal discussion between husband and wife. It makes one wonder if the Echo Dot Kids Edition can provide equally amusing hijinks, eh? Oh, the possibilities! Indeed, while this little cluster flop could theoretically happen with any of the current products from Amazon, Google, Apple or MS, what makes the former two companies’ breaches more egregious is that their products are not AI ensconced in… Read more »

THIS. This is why I won’t have one of these surveillance devices in my house. Don’t care if it’s Alexa, or Google, or even Siri. If I want something to respond to a voice command I will pick up the device and turn it on. I do not want something listening and analyzing every word. Particularly from Amazon or Google where they make money by having data on me.