iOS 10.3 is coming soon, and the beta track indicates that all iOS users will be migrating to Apple’s new filesystem, APFS. That’s fine, and that’s actually great progress. The problem is that there seems to be a lot of clickbait out there lately saying things like:

Apple’s iOS 10.3 update could result in you losing all of your data if you do not perform a back up

IF you have sentimental attachment to the data on your iPhone, you will want to perform a backup before upgrading to Apple’s latest iOS update later this month. 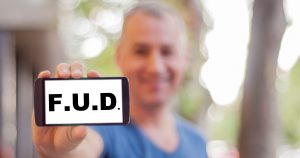 iOS 10.3 could wipe your personal data!

but wait, one more:

Apple’s latest upgrade to the operating system […] will radically change the underlying file system used for iOS, and with that, there’s a risk to your data.

No, I’m not going to link you to these articles. They were written to generate traffic. The problem is they weren’t written to help you, dear reader. Are they wrong? Not entirely. Upgrading one’s filesystem is, on the surface, a risky process. And I can guarantee you that there will be an isolated case (or three) of data loss related to iOS 10.3. Maybe.

I say, “maybe,” because no one testing this has reported any such thing, and Apple has had a lot of people banging on this for a while. Of all the people who have discussed it with me, I haven’t heard one say anything other than, “worked just fine.” That’s it. Nothing else. No data loss, no one screaming in the streets, no one crying in the gutter. Well, actually, there’s been a lot of the latter two lately, but that has nothing to do with Apple’s APFS migration tests. I digress. 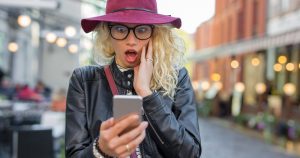 Should you backup your iPhone or iPad before doing any software update? Yes, of course. Frankly, you should make sure your devices back themselves up to iCloud every night when you put them on charge. Or at least plug them into iTunes and have it do a backup locally.

Just yesterday on Mac Geek Gab we discussed how you can save snapshots of your iPhone backups, which is a handy way to make sure future backups don’t overwrite something important. If you rely on iCloud to back up your phone, you can – and should – check to make sure your iCloud backups are working properly. You can even set it up so that iCloud backs up (and is able to restore) your Health Data.

All of these things are good to do regularly, regardless of what changes are coming in the next software update. But I’m not specifically worried about the migration to APFS, and there’s no reason for you to be, either.

I would venture to say there’s a far greater chance of losing your iPhone data every day when you take your phone out into the wild than there is of it losing data during the conversion to APFS. Don’t believe the F.U.D.

Both my iPad Pros (12.9 and 9.7) are in the beta program. Honestly I didn’t even know the FS had changed. Smooth as silk transition.

FWIW: I’m running the public betas and have had no problem with the format switch.

Back up before an upgrade, before and update, and before the next day.