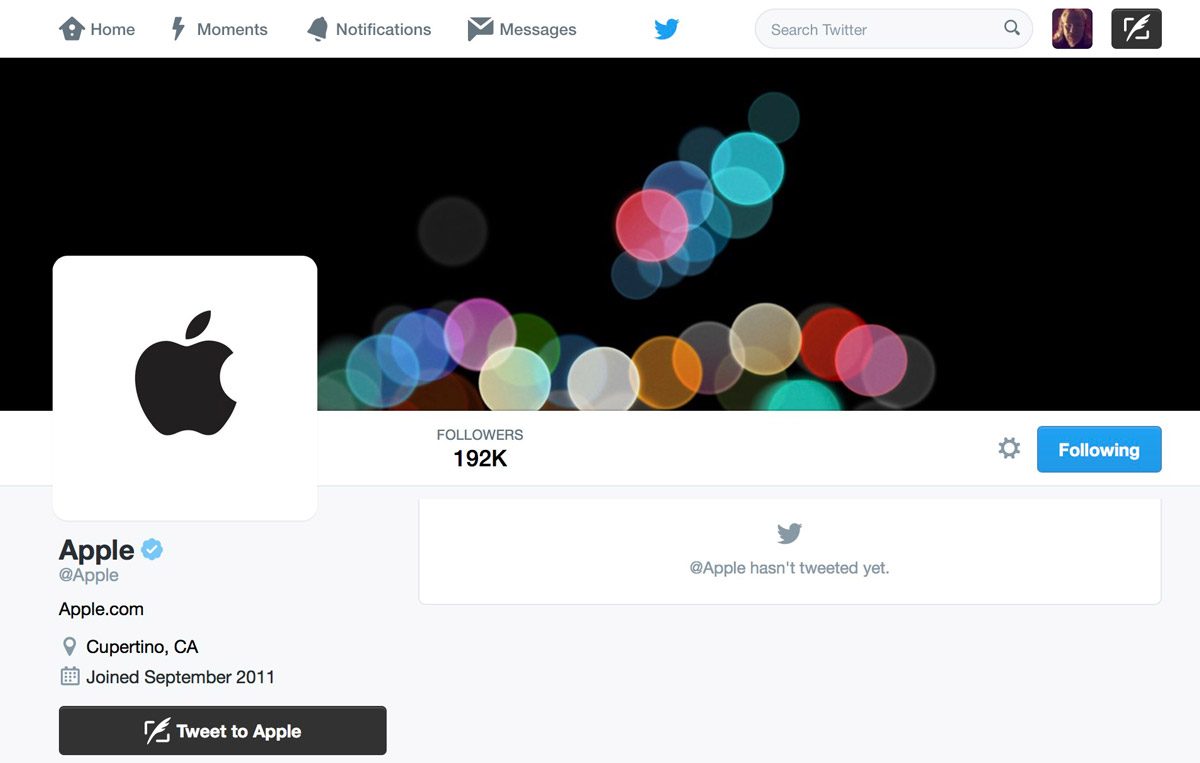 The @Apple Twitter account was made back in 2011, but it hasn’t issued a single tweet in the intervening years. This compares to @AppleSupport and @AppleMusic that have both seen substantial activity. Despite being verified, @Apple only had a few thousand followers because of its lack of activity.

But on Thursday night, Apple customized its @Apple Twitter account with imagery similar to the September 7th media event invites. There still hasn’t been a tweet as of this writing, but those cosmetic changes—and the media coverage since—have added 10,000 or so followers per hour. As of this writing, @Apple’s followers stand at 192,000 and rising.

That’s not bad for still not having tweeted a thing.

A couple of weeks ago, I argued that Apple opening up to journalists and being more open to the public was evidence Tim Cook wanted Apple to be more active in shaping its own narrative. If Apple starts using this Twitter account on a regular basis, it’s either a sign that the end is nigh or proof I was right*.

In the meantime, the tech world has been talking about this simply change rather than speculating on Apple’s ability to innovate. Well played, Apple. Well played.

*Could also be both.

Same here Geoduck. I never could get into it.

Again I say, I personally am more interested in Apple’s products than their narrative. Hopefully they can deliver on that front, too.