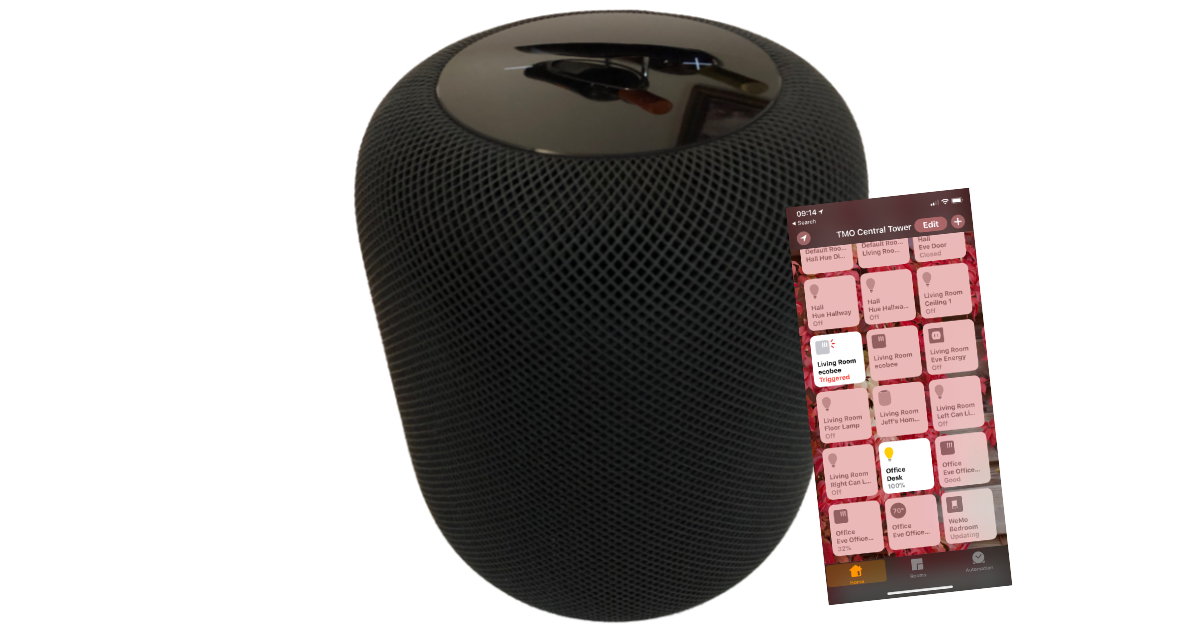 Home automation is basically in its infancy. Those who have a knack for technical creative play and a desire to write about home automation are having a lot of fun. It’s entertaining to read about what our science fiction future could be like.

Right now, in 2018, however, the technical development reminds me of the very early days of personal computing in the 1970s. Lots of companies had competing visions about what a PC should do. Plus there was a certain amount of technical skill and motivation required to do something productive with the early PCs like the Commodore PET, TRS-80 and Apple II. If you already used mainframe and mini computers for a living, using these PCs was natural. For most others, their operation and obvious utility was a mystery.

It might even be worse. I’ve opined that home automation is really in the Apple I phase or even Altair 8800 phase (binary toggle switches).

Technical revolutions go through well known phases. In the earliest phase, there is massive hype and massive disorganization. Basically, it reaches a peak of inflated expectations. Next, it all falls apart and plunges into the trough of disillusionment. It takes some time for enlightenment to appear and transition to genuine productivity. Years. This is explained nicely in the “Hype Cycle” developed by Gartner. 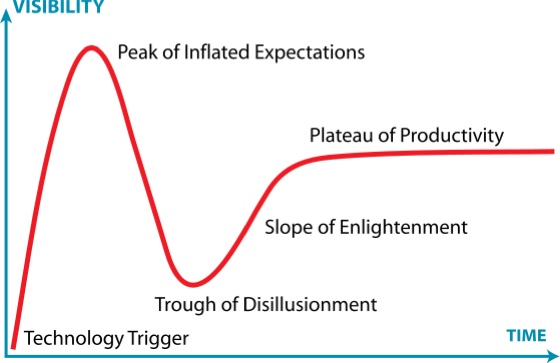 The reason this happens is because the technical demands on the average consumer are too great, and they cannot keep up with enthusiastic companies that are in a hurried land grab. The developers want to be first, seize and dominate the market. As a result, for the customer, there is too much to fiddle with, what I call “spinning plates.” The system is fragile and requires constant attention by the consumer. Magazines spring up. Users groups appear. Geeks hang out with geeks.

This customer psychology is what led Steve Jobs to develop the Macintosh in the early 1980s. The idea was that computing would no longer be a science fair project. The Mac was designed to be the first “appliance” computer. You know, like a blender or a washing machine. (Steve Jobs once noted that there are no user’s groups for Maytag washers. They’re not needed.)

This consumer psychology is born out in a recent report.

According to a recent survey of consumers in the United States, United Kingdom, Japan, Germany and Brazil, conducted by IHS Markit , the predominant uses of smart speakers revolve around asking questions, checking the weather, listening to news and playing music.

About 65 percent of survey respondents used their smart speakers for these functions in March and April of 2018, while only 6 percent reported using a smart speaker to control lights, televisions and other connected devices in their homes.

This usage list isn’t surprising because these are the kinds of activities that are effortless for the consumer. Stealing from the physics world, I call this consumer approach the “Principle of Least Action.” The consumer dabbles with things that have high payoff and minimum investment in skills development. There is simply no time to waste on the intricacies.

Sooner or later, a handful of companies realize that, for the technology to achieve its destiny, something radial has to happen. Home automation has to get to the next level, as the Mac did in 1984.

Whether Apple can do for home automation what it did for personal computing remains to be seen. In that regard, the fact that only a few percent of Amazon Echo users are active in home automation suggests that Apple has the time it needs to make its case for both privacy and appliance-like home automation. The conflation of the HomePod with music may not pay off in that regard.

Time will tell now. Does Apple have a Jobsian vision of appliance home automation? If so, it’s taking its time to emerge.

Home Automation is Here. Been to a Lowes or Home Depot lately? Integrated security with motion sensing cameras, door locks, and garage door monitoring. Lighting controls, smart switches, thermostats and more. Home Kit is so far behind Google and Amazon. Why? Apple should be dominating this market, regardless of the significantly higher price of the Home Pod. The Home Pod is amazing and would be even more so if it had the ability to check my locks, set my security, temperature and lighting when I say “Hey Siri, it’s bedtime.”

One of the things that can help with automation is a little bit of machine learning and something like the new iOS12 short cut maker being a bit more tailored to home automation. Hey Siri, I want to tell you how I like the temperature to be in my house. Then Siri does a little interview you to determine your likes/wants and finds out things like what rooms/areas you’d like what temperature at what time of day/year, when you’re home vs not. What humidity (if it detects you have a humidifier). And then Siri would generate the shortcut for you… Read more »

Very well put. I have looked at home automation and it still looks to me like a solution looking for a problem. It strikes me as similar to the people who kept hand ledgers in the ’70s and early ’80s. They saw no advantage to overhauling their whole system to put it onto a device that might do the arithmetic for you, but just as likely might eat all your records leaving you with a blank screen. Stability, ease of use, and reliability had to come before a lot of people started to rely on these new fangled gadgets. Home… Read more »