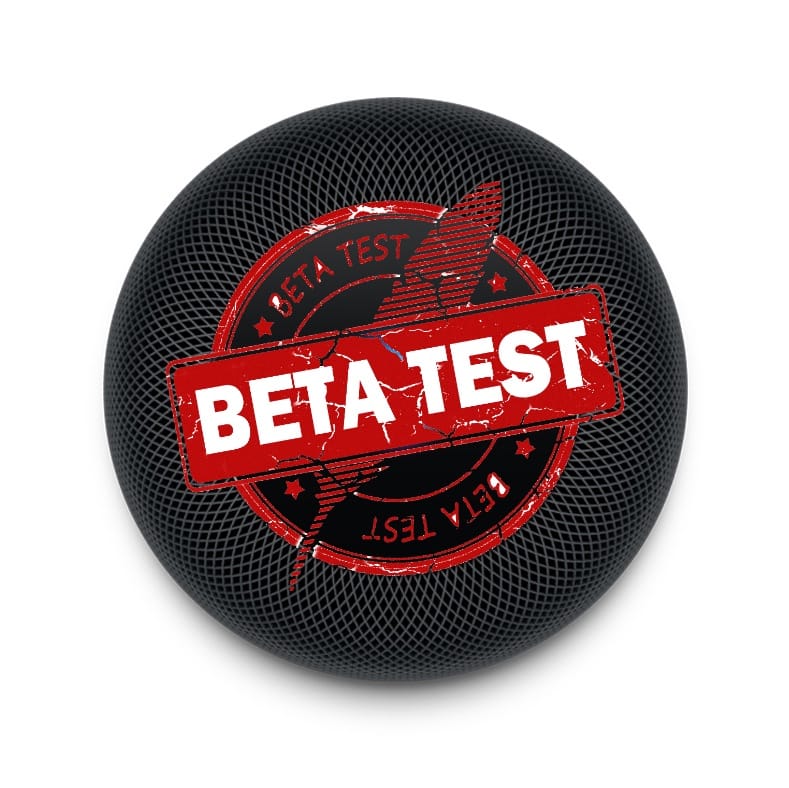 Apple’s new HomePod will begin arriving into people’s homes on February 9th. Make no mistake about it, though, that’s really when the public beta begins. More importantly, that’s OK.

When Apple first announced HomePod, they discussed several key features that surprised me: multi-room audio, wireless stereo pairing, self-tuning sound, and far field voice recognition for Siri. My surprise came from knowing each one of these things is hard to perfect, and Apple was saying they were doing all of them for the first time in one new product. In fact, after watching many companies both succeed and fail at any one of these over the last decade, I would say that these are each impossible to perfect until you get enough units in people’s homes to truly learn what works and what doesn’t.

Indeed, since the HomePod announcement in June, Apple has tweaked its rollout plans. Early last week, they announced that multi-room audio and stereo pairing were being held back from initial release and instead would come via free software update later in 2018. Then, a few days later, we saw Apple adjust the messaging again, focusing HomePod’s upcoming launch success around its stellar sound quality and downplaying far field voice.

All of these things are problems that other companies have solved for themselves, but Apple – true to being Apple – is choosing to solve them in its own way, on its own schedule. And that’s part of what we love about Apple: when it brings a product to market, it’s almost always because the folks at Apple feel they have a better way of solving existing problems.

I’m eager to see Apple solve these, and I will most certainly be participating in this public beta starting when my HomePod arrives on February 9th. With that in mind, let’s talk about some of the things Apple – and, by proxy, HomePod users – should expect.

Hey, Siri! I’m Across the Room

HomePod will be the first product where Apple is officially supporting “Hey, Siri” on a stationary device in what might be a loud and bouncy room. Based on both the public and not-so-public reports we’ve seen, HomePod’s Siri is both feature-limited and not-as-responsive-as-some-would-like. I don’t expect Siri to be surprisingly delightful out of the gate here. It will be functional, likely with some level of frustration that will diminish quickly as Apple gathers some data and tweaks the software to compensate.

I have no doubt that the audio on HomePod will be great. This is the feature about which I’m worried the least. The use of its built-in auto-tuning array is something relatively new to consumer products, but it’s something I’m told JBL perfected about 7 years ago and decided didn’t have a place in their product line. Indeed, I’m also told that several of those engineers went from JBL to Apple, which is a good sign.

Whether or not HomePod will sound better than, say, a Sonos One or a PLAY:5 or that speaker you built yourself is not only hard to say, in some ways its irrelevant because of the subjectiveness of sound quality. Yes, there are some general truths about it all, but confirmation bias plays so heavily into our perceptions of audio quality that it’s impossible for there to be any one universal “best” (and that’s important to remember with all the reviews you read, including mine).

Confirmation Bias is Your Friend When It Comes to Enjoying Music

Don’t get me wrong, though: confirmation bias is actually a good thing when it comes to perceiving audio quality. After all, if you’re convinced that vinyl, ultrasonic audio, tube amps, HomePod, Sonos, or that speaker you built yourself sounds better than anything else, then when you listen on that you’ll feel better about the sound. And isn’t that the point? It doesn’t matter what anyone else subjectively thinks. It’s about you enjoying the experience of listening to music, and there’s so much more to that experience than just audio quality.

But I’m confident that the audio quality of HomePod will, at the very least, be “extremely acceptable” to pretty much everyone. Apple’s focus here is what they’re banking on, quite literally. Without great audio quality, that US$349 price tag is even more difficult to justify.

Embracing the Support Nightmare That is Wireless Sound

If there is one common thread amongst the (few) successful wireless speaker companies, it’s that they spend a lot of their money on customer support.

The customer support reps at Sonos are probably the most skilled general network troubleshooters on the planet. It’s relatively uncommon that a Sonos speaker itself requires support, but very common that some router, switch, or other device on a network isn’t operating properly, and the symptom of that is choppy sound to a speaker. Sonos doesn’t say that they’ll diagnose your network problems for you, but that’s what they actually wind up doing most of the time.

I see no magic that Apple could employ to avoid this. Not only does Apple first need to sort out how they wish to go about ensuring multiple HomePods can operate in sync with each other (required for both stereo pairing and multi-room audio), they then need to make sure your crazy network can support this without interruption. And they need to support the crazy (and old) networks that exist in the homes of many, many novice users, too.

This is going to be a chore for Apple, and if there’s one thing that could kill the HomePod, this is it. I’m not worried, though, simply because it seems like Apple is committed to HomePod’s success. They’re spending a remarkable amount of time promoting it. Tim Cook didn’t run around on TV talking about AirPods before they shipped, but he’s certainly out there talking about HomePod.

Welcome to The HomePod Public Beta

All of this is not easy, and is going to simply take a lot of Apple’s staff a lot of time to figure out. Apple is full of smart people, though, and over time they’ll notice trends and sort out common solutions. They’ll bake some of these into HomePod and make it as “self-healing” as possible, but much of it is going to involve trial-and-error on a case-by-case basis. 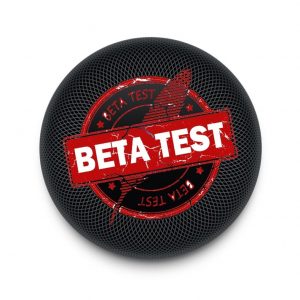 Apple is, in my opinion, wisely avoiding most of this mess out of the gate. They’re clearly going to focus first on getting Siri working well in the home and tweak that as quickly and regularly as they can. Once that settles down, they can start rolling out these other, more difficult-to-support wireless syncing features.

If HomePod were released by Google, I think they would explicitly state that these features are available “in beta” and let customers know that they expect problems to occur, but that’s generally not been Apple’s way of operating. Apple prefers to communicate confidence and consistency, which means they often wait to roll out new features until they get the foundational platform stable. With HomePod’s rollout, Apple seems to be doing a little of both: stable audio and Apple Music experience, beta of far-field Siri control.

I’m looking forward to seeing how Apple does here. Unlike some other companies who have dipped their toes in the streaming home audio pool and sank, I think Apple is committed to getting this particular user experience right, and long-term that’s what matters most.