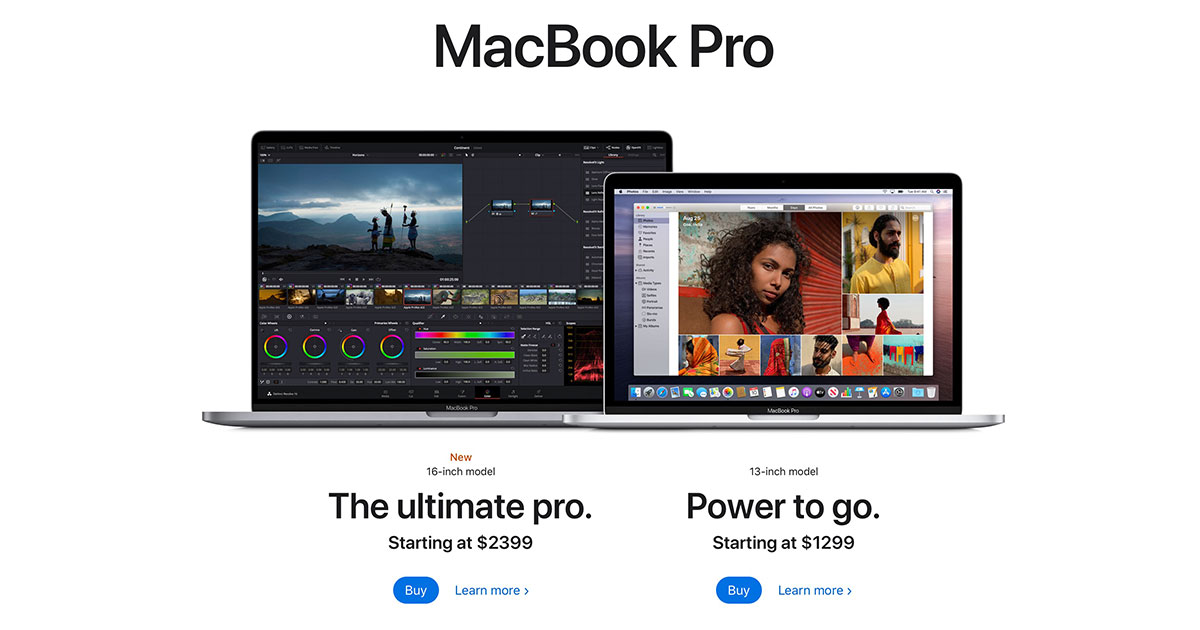 When Apple introduced the 16-inch MacBook Pro on Wednesday, the company pulled its 15-inch predecessor from the market. I’m adding this to my growing pile of evidence that Apple cares about the Mac again, as the 15-inch MacBook Pro was introduced just a few months ago.

A Look at the 16-Inch MacBook Pro’s Tech Specs

But, as noted by iMore, Apple pulled the 15-inch model from its online store at the same time. It wouldn’t have been unreasonable for Apple to keep the 15th-inch unit available, perhaps at a slightly reduced price.

This kind of rapid turnaround for the Mac product line is very encouraging. That Apple bothered to goose the 15-inch device just six months before it new it would be releasing a replacement 16-inch device is even more encouraging. For a company that got in the habit of going years without updating Macs, this feels like the company getting back to its roots as an innovative maker of computers.