In light of recent news, like Tim Cook and Mark Zuckerberg throwing shade at each other, I’d like to take a step back and examine both sides of the argument. The argument is: Does Apple actually care about your privacy? Mr. Zuckerberg (and certain Apple critics) would like you to believe that Apple’s privacy stance is just a marketing tactic. I don’t agree.

For several years now, Tim Cook has made allusions to certain companies in Silicon Valley that don’t respect the privacy of users. Reading between the lines, we all know he is referring to Google and Facebook. These two companies have built empires around advertising, the most effective type of which is targeted advertising, and that requires harvesting user data.

For example, in Mr. Cook’s recent interview with Recode‘s Kara Swisher, when asked about Facebook in regards to the Cambridge Analytica scandal, he felt that there should be more regulation when it comes to technology companies, saying:

This certain situation is so dire and has become so large that probably some well-crafted regulation is necessary…The ability of anyone to know what you’ve been browsing about for years, who your contacts are, who their contacts are, things you like and dislike, and every intimate detail of your life — from my own point of view, it shouldn’t exist. 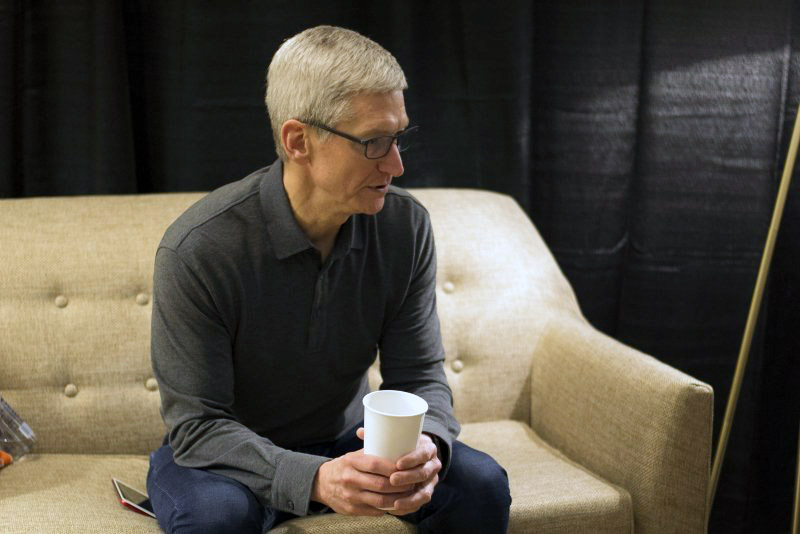 In 2015, when Mr. Cook was honored by the Electronic Privacy Information Center (EPIC), he spoke about privacy, security, and peoples’ right to encryption:

I’m speaking to you from Silicon Valley, where some of the most prominent and successful companies have built their businesses by lulling their customers into complacency about their personal information. They’re gobbling up everything they can learn about you and trying to monetize it. We think that’s wrong. And it’s not the kind of company that Apple wants to be.

In response to Tim Cooks remarks in his 2018 interview, Mr. Zuckerberg fired back:

You know, I find that argument, that if you’re not paying that somehow we can’t care about you, to be extremely glib…And not at all aligned with the truth…If you want to build a service which is not just serving rich people, then you need to have something people can afford…I think it’s important that we don’t all get Stockholm syndrome, and let the companies that work hard to charge you more, convince you that they actually care more about you,” he said. Because that sounds ridiculous to me.

That has been the standard argument in the tech market for years. If you aren’t paying for the product, you are the product. Companies have to make money somehow, and the usual way of making money is to sell your data.