We’ve known for some time now that Apple has an interest in Augmented Reality (AR). What is it, and why does the iPhone need it? Is AR just another gadget to keep us in an upgrade frame of mind? Or is it fundamental to the evolution of the device we call an iPhone?

I first came across AR when I was reviewing an iOS app called Sun Seeker. This is a fabulous app for surveyors, geologists, movie studios, home builders, navigators and amateur astronomers. It tells you everything about the Sun you need to know from an observational standpoint. 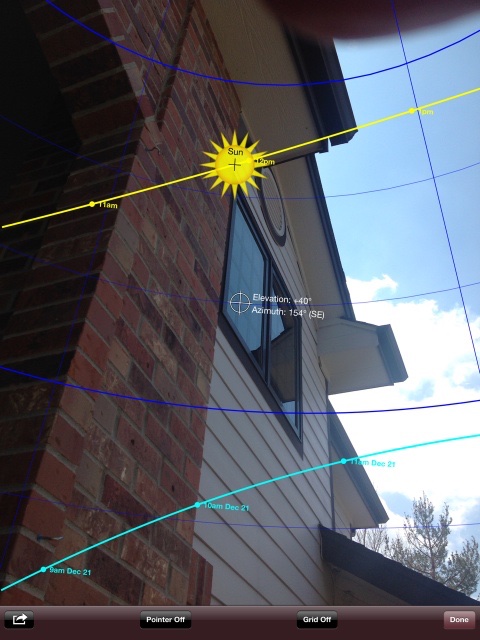 Notable is its use of AR to identify the location of the Sun, even if it’s hidden by clouds, trees or buildings. I bring this up because a fast computer in one’s pocket that knows its location and has great optics can be a powerful tool when it comes to overlaying technical information on top of visual information.

The above is a simple example. AR can be much more sophisticated. Here’s the definition from Wikipedia:

Augmented reality (AR) is a live direct or indirect view of a physical, real-world environment whose elements are augmented (or supplemented) by computer-generated sensory input such as sound, video, graphics or GPS data.

There are two important aspects of AR to explore. First, AR represents a natural evolutionary trend for a smartphone. With LTE-class communication, GPS, image processing and even future sensory data such as echo-location and/or range finding, it’s only natural for a strictly visual image on an iPhone’s display to be supplemented with everything that’s applicable to that image.

This is why I insist that the iPhone and smartphones in general, as a concept, will continue to evolve technically. Sure, the Lightning port will go away. The display technology will improve. Communication speeds will get better. Materials science will get better. But the basic idea of having a fast, communicative device in your pocket (or worn or implanted) will never go away.

For more about this, see: “Phil Schiller on iPhone’s Launch, How It Changed Apple, and Why It Will Keep Going for 50 Years.” Quoting:

Schiller hopes that 50 years people will look back at this point and say, ‘Wow, they didn’t realize how much was to come — in fact, others missed it because they were busy running around looking for other things. Everyone has their opinions at this point, but it could be that we’re only in the first minutes of the first quarter of the game,’ he says. ‘I believe this product is so great that it has many years of innovation ahead.’

And he’s right. AR is proof of the opportunities, not a dreamed up fad. 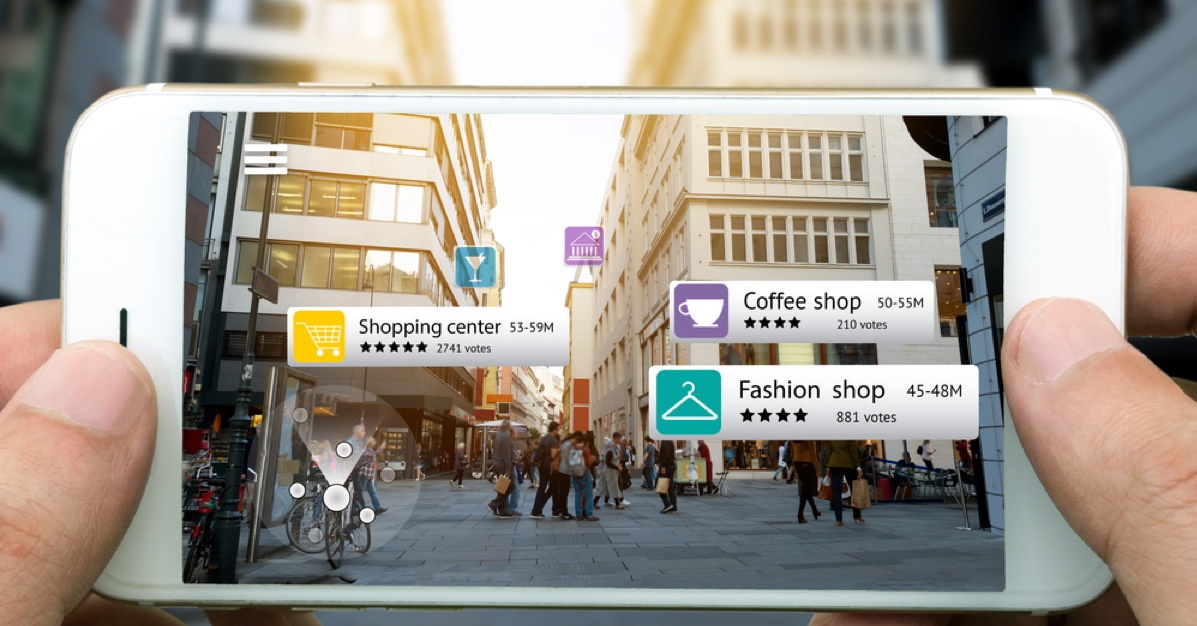 The second aspect to explore is that one can plainly see some of the opportunities for AR and Apple. First, remember that the smartphone, of which there are billions on the planet, is the modern technical standard. Not eyeglasses, such as the ill-fated Google Glass. So AR on the iPhone isn’t a diversion from eyeglasses; it’s in its rightful, cultural place.

Next, as UBS analyst Steve Milunovich points out, a related technology, Virtual Reality (VR) requires tremendous computational resources and dorky headsets. That isolates people from reality, something the smartphone already does all too well.

AR, instead, connects people to reality. AR can give us additional insights about the setting we’re in. For example, at a party, facial recognition can quickly tell you the name of your new boss across the room whose name you forgot. It looks like you’re taking a party photo, but a callout on the iPhone’s display augments your own reality with a reminder.

Recently, Tim Cook was interviewed by The Independent and explained his feelings about AR. Notable:

I get excited because of the things that could be done that could improve a lot of lives. And be entertaining. I view AR like I view the silicon here in my iPhone, it’s not a product per se, it’s a core technology…. I do think there can be a lot of things that really help people out in daily life, real-life things, that’s why I get so excited about it.

One AR notion is that of better navigating indoors. Structural and content information broadcast to smartphones can go a long way towards helping people avoid tiresome searches in large buildings, stores or libraries. Construction and maintenance crews can have a much better visual idea about underground pipes and cables. There are opportunities for AR in education. See: “How to Transform Your Classroom With Augmented Reality.”

The possibilities are just about endless, and they’re all enabled by a device with 64-bit computational power, exceptional graphics power, a great display and very fast communications.

Even as the iPhone develops further, I think we’ll spend many years exploring the possibilities when it comes to to Augmented Reality. There could even come a day when a mere voice “phone call” to another person will become so quaint, it will be slowly dropped from the smartphone feature set. But it’ll still be called a phone, just like we call a cable modem a “modem” when it isn’t.

I don’t know about Phil Schiller’s claim of 50 years, but this device we call an iPhone will be around for a long time. We’re getting AR technology in the near future because it’s now enabled by a confluence of other technologies, not because it’s just another cool thing to do.

Augmented reality (AR) is a live direct or indirect view of a physical, real-world environment whose elements are augmented (or supplemented) by computer-generated sensory input such as sound, video, graphics or GPS data.

Sound? I guess that means that the beginnings of AR, the stone age, was those headsets in a musium that told you about the painting you were standing in front of.