It’s almost like having brain damage is a prerequisite for holding government office.

Well, the whole encryption issue is back in the news again, this time thanks to our friends down under. The Australian government on Friday proposed a new law that would force technology companies, including Apple, Google, and Facebook, to decrypt messages when ordered by Australian courts.

The proposed law, modeled after the UK’s Investigatory Powers Act, aims to apply to tech companies the same requirements and obligations currently placed upon Australian telecommunications firms. Those firms must already comply with government orders to provide law enforcement with telephone and internet records and now the government wants to rope in the companies that make the hardware and software which run on those networks.

Won’t Somebody Please Think of the Children?!

Taking a cue from his American and British counterparts, Australian Prime Minister Malcolm Turnbull didn’t hesitate to play the “think of the children” card when defending the proposed law, blaming the need for such a draconian measure on terrorists, drug dealers, and pedophiles. 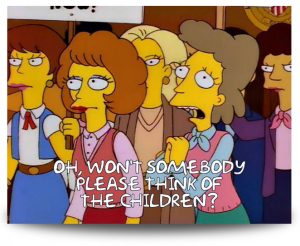 “We’ve got a real problem in that the law enforcement agencies are increasingly unable to find out what terrorists and drug traffickers and pedophile rings are up to because of the very high levels of encryption,” Mr. Turnbull told reporters, adding that tech companies like Apple “know morally that they should” cooperate.

That last bit is sure to ruffle feathers in Cupertino. Apple early last year fought a highly controversial and public battle for the safety of the company’s users when it refused to comply with an order from the FBI and U.S. courts to modify iOS to assist in the investigation of the San Bernardino terrorist attack. The U.S. government was effectively demanding Apple create a “backdoor” in iOS encryption, which could potentially aid in future criminal investigations while most certainly destroying the security and privacy of hundreds of millions of iOS users around the world.

Apple explained the “dangerous precedent” such a move would create in an open letter to its customers, as the creation of an encryption-defying backdoor, for however noble a purpose, meant that it would only be a matter of time before it was discovered and exploited by every hacker, corrupt organization, and totalitarian government on the planet.

The acknowledgement of this reality, and the reasonable reluctance to unleash it upon the world, is apparently too much for politicians like Turnbull, as well as home-grown ninnyhammers like California Senator Dianne Feinstein, to grasp. Instead, as they furrow their brows in a vain attempt to understand the situation, Turnbull and his ilk paint the whole thing as some sort of act of defiance:

There is a culture, particularly in the United States, a very libertarian culture, which is quite anti-government in the tech sector. We need to say with one voice to Silicon Valley and its emulators: ‘All right, you’ve devised these great platforms, now you’ve got to help us to ensure that the rule of law prevails.’

That’s Not How The Force Encryption Works!

Although Australian Attorney-General George Brandis, without explanation or clarification, told reporters that his government’s proposed law could be achieved without backdoors, the actual companies who make this stuff disagree, with Facebook explaining, just like Apple did last year, that “weakening encrypted systems for [law enforcement] would mean weakening it for everyone.”

But it gets even worse. Any success in forcing tech companies to bypass encryption, regardless of whether it’s via a backdoor or the Australian government’s magical mystery machine, would be short-lived and ultimately laughably ineffective for the initiative’s stated goal. You see, you can’t “outlaw” encryption. It’s just math.

You can force companies like Apple to incorporate backdoors into operating systems, and you can make it illegal to sell encryption software, but you can’t outlaw math. The encryption algorithms are already out there, and it’s wouldn’t be all that difficult, or take all that long, for the real “bad guys” to create their own encryption software, allowing them to continue plotting in secret while stuffed shirts in Washington, London, and Sydney pat themselves on the back.

Sure, you’ll catch a few of the slower criminals initially, but those who are truly determined to commit such heinous acts won’t be deterred and will adapt. Therefore, in the end, a group of technically illiterate dunderheads will have compromised the security, privacy, and safety of hundreds of millions of people all to simply inconvenience a few criminals and terrorists for a few days.

OK, I’ve been kind of mean here, insulting the intelligence of a number of government officials. But the alternative is far more troubling than someone like me ranting on the Internet. Those in power seeking to forcibly break encryption either don’t understand how it works, or they hope you don’t.

There’s no question that criminals and terrorists have used the encryption provided by companies like Apple and Google to further their agendas, but maybe that’s not what this is entirely about. Law enforcement would certainly take advantage of a world with encryption backdoors to nab some bad guys (at least initially, as explained earlier), but the terrible truth is that governments like the United States have become quite happy with the new status quo.

The revelations brought to light in recent years by people like Edward Snowden and organizations like WikiLeaks show that the era of bulk data collection and perpetual, warrantless surveillance is upon us. The broad adoption of strong encryption by “average folks,” thanks to the efforts of companies like Apple, is a very real and serious threat to the government’s preferred state of affairs, and it is not absurd to think that some in the government would knowingly betray the privacy and security of citizens to regain the upper hand when it comes to surveillance.

Regardless of the motives, laws like the one proposed in Australia — which is expected to be introduced in the Australian Parliament by November — and the continued efforts of the anti-encryption crowd here in the U.S. paint a dire, or at best uncertain, picture. What a world we live in that a giant multinational corporation like Apple is best poised to defend our liberties.

Note: The views, opinions, and insults expressed in this editorial are the author’s alone, and do not necessarily reflect those of The Mac Observer, its subsidiaries, or its shareholders. All statements, including those that are factual, are entirely fictional, and represent the unfounded opinion of an individual who is incapable of acting with actual malice.

Jim: Many thanks for relating this story, and yes, it is concerning for all the reasons that you’ve stated. This is a movement that is not going to go away; indeed it shows every sign of gathering momentum, but it gets worse for true private consumer encryption. If one maps out the countries that have begun to pressure Silicon Valley for a backdoor, one can see major players in the ‘Western’ world (technically Australia is East, or South, but West geopolitically) aligning in a common front. In chess, this is setting the table to dominate the centre, close off options… Read more »

While it is fun and gives a certain catharsis to insult government officials for boneheaded moves and statements such as those discussed, it might be more effective if you did not suggest that Sydney was the capital of Australia. It isn’t.

As society entered the era of big data and ubiquitous computing power, the concepts of privacy and anonymity became confused for many people. We always had anonymity. It’s a REAL THING, demonstrated by the fact that most people suck at paying attention and keeping track of things with precision. Anonymity provides that sense of living without worry about being individually noticed, judged and manipulated. (Of course, by the time you need to cite the First Amendment, you’ve made your choice to forego anonymity, so good luck with your little soap boxes.) Even getting jobs, filling in forms, filing taxes, getting… Read more »